Davison: Win was on if not for SVG clash

Davison: Win was on if not for SVG clash 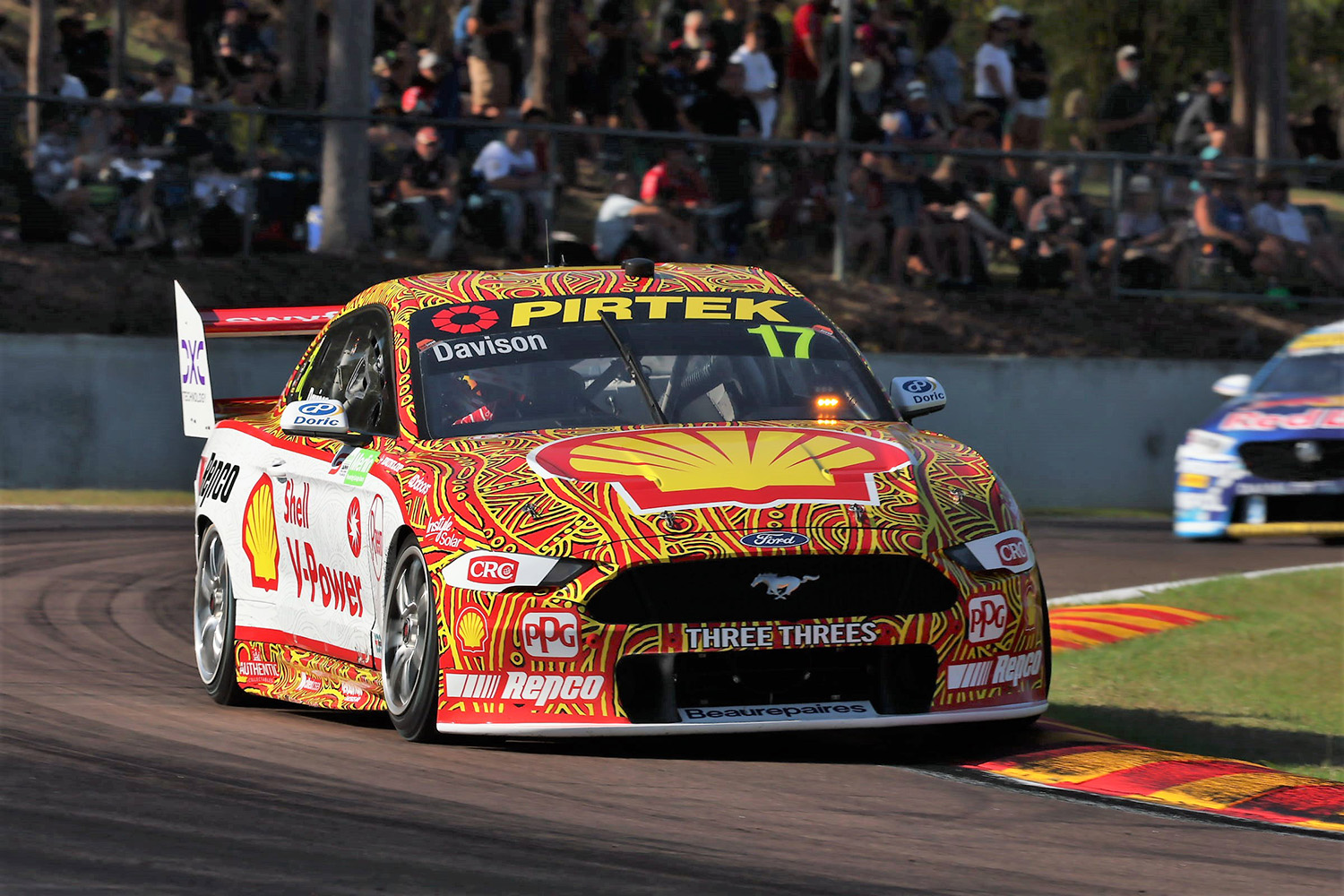 Will Davison was left disappointed after a shot at Race 18 honours was snatched from his grasp thanks to a clash with Shane van Gisbergen.

The pole position winner was beaten off the line initially, continuing a string of unconverted holeshots from the top spot.

From sixth on the grid, Walkinshaw Andretti United’s Chaz Mostert executed an undercut to take the lead of the race – one which he ultimately wouldn’t relinquish.

Shod with four fresh tyres versus Mostert’s two and De Pasquale’s three, Davison looked a threat to challenge for the lead.

A late-race Safety Car would give the #25 Mobil 1 Optus Racing entry’s tyres a second wind.

Davison, however, wouldn’t even have a chance to challenge as Red Bull Ampol Racing’s van Gisbergen clattered into the side of the #17 Ford Mustang.

“From my point of view, obviously disappointed I didn’t get into the first corner first – that’s four poles in a row here [unconverted] and I just haven’t been able to get it done,” said Davison.

“The car was amazing. The changes we’ve done on my car… if I was in the lead I don’t think anyone would’ve seen me.

“It’s hard because you’re racing your team-mate and I comfortably felt quicker. Anyway, we played to our race, and it was looking like it could still work our way.

“We pitted a bit later for four tyres. I was really steaming home. A Safety Car really wasn’t helpful because it gave Chaz’s tyres a bit of a birthday, they recover under Safety Car.

“That was all good. I think we were still looking really good, and then obviously came together with Shane.

“I honestly don’t know what happened. Apparently, he got a penalty, but I’m not sure. I haven’t seen it myself, so I’m not going to comment on it.

“That stuffed both of us unfortunately because I think we both could have charged through and had a crack at the win.

“From that moment, I lost the chance, and just tried to get back through to fourth at the end. Did what I could, but yeah, we were very quick at the end even.

“A few more laps would’ve been interesting. Obviously just disappointed, but that’s the way it goes. We have very fast cars. Off pole position, of course, if you don’t win you’re disappointed.”

Van Gisbergen, like Davison, said he hadn’t yet seen the footage.

The contact would put paid to a good result for the Kiwi, who had been fourth at the time of the incident.

He would also incur a 15-second post-race penalty, although that didn’t change his 21st place finish.

“I just went up the inside and interlocked wheels and it ripped the wheel out of my hand and broke the power steering,” van Gisbergen told Speedcafe.com.

“I got alongside, wheel-to-wheel, and then ripped the wheel out.”

Davison said he was awake to a move from van Gisbergen.

“I knew what he was probably attempting, but everyone had to go aggressive,” Davison explained.

“I knew he’d go aggressive. So I had to defend. I knew he would either do a switch-back and divebomb, so I held it tight. Otherwise, I knew he was going to switch back mid-corner.

“I knew what he was going to do. He did it. I haven’t seen the vision, so I don’t know where the contact was, if he got it in there, if he hadn’t, but it sounds like he just bulldozed me out of the way.

Davison, meanwhile, holds fourth in the drivers’ championship on 1287 points. Cameron Waters is his nearest rival in third, six points ahead.

The Supercars season continues at the NTI Townsville 500 on July 8-10.