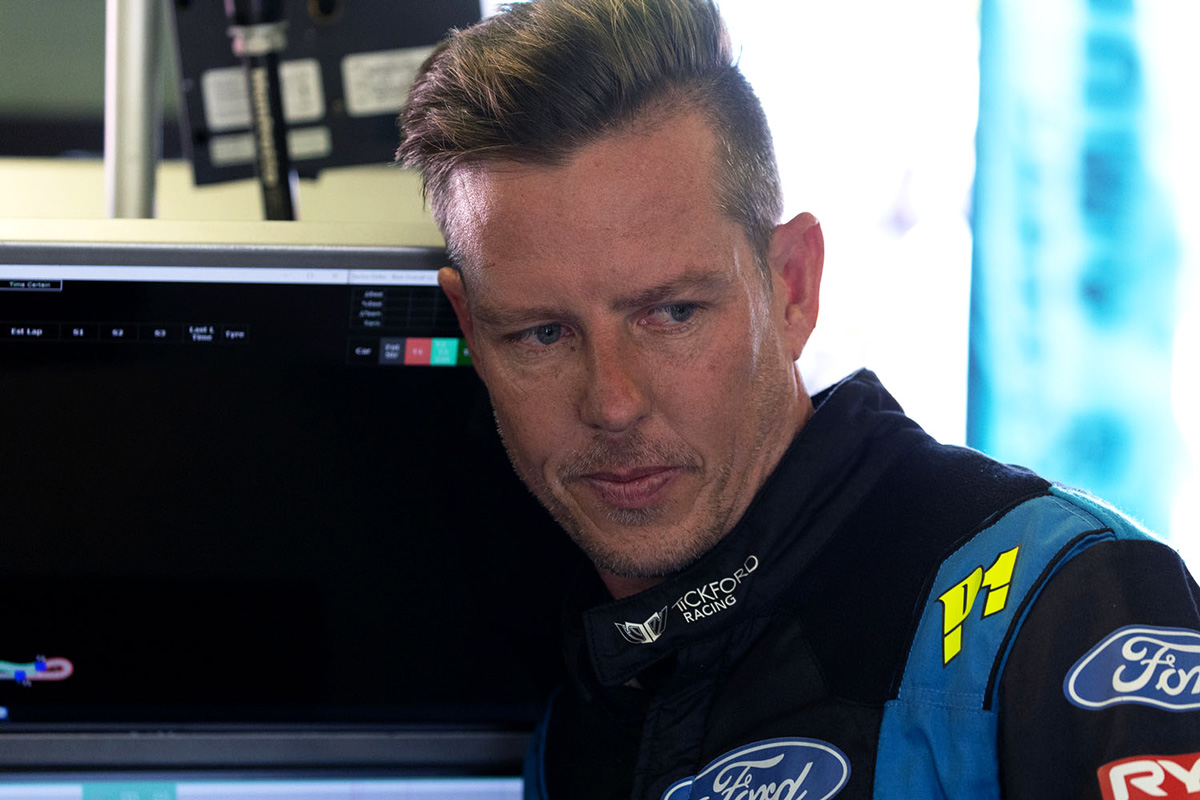 James Courtney has given his view on how the bone-rattling Lap 1 incident which halted Race 17 came about.

In unusual scenes, Courtney’s #5 Snowy Rivers Caravans Mustang was seen skating across the infield section between Turns 5 and 6 at Hidden Valley Raceway, and clattering into Scott Pye’s #20 Nulon Racing Commodore.

Courtney and Pye were out on the spot, and are now in doubt for Race 18 later today, while Thomas Randle and Todd Hazelwood were also caught up.

Randle made it back to the pits where he would retire from the race, while Hazelwood spent a stack of laps in the garage before returning to the track.

Replays were inconclusive as to what exactly unfolded, but it appeared that Garry Jacobson had some sort of role in the matter.

The incident will be investigated post-race.

Courtney explained his version of events, noting his car “looks really sad” and may be out of action for the weekend. 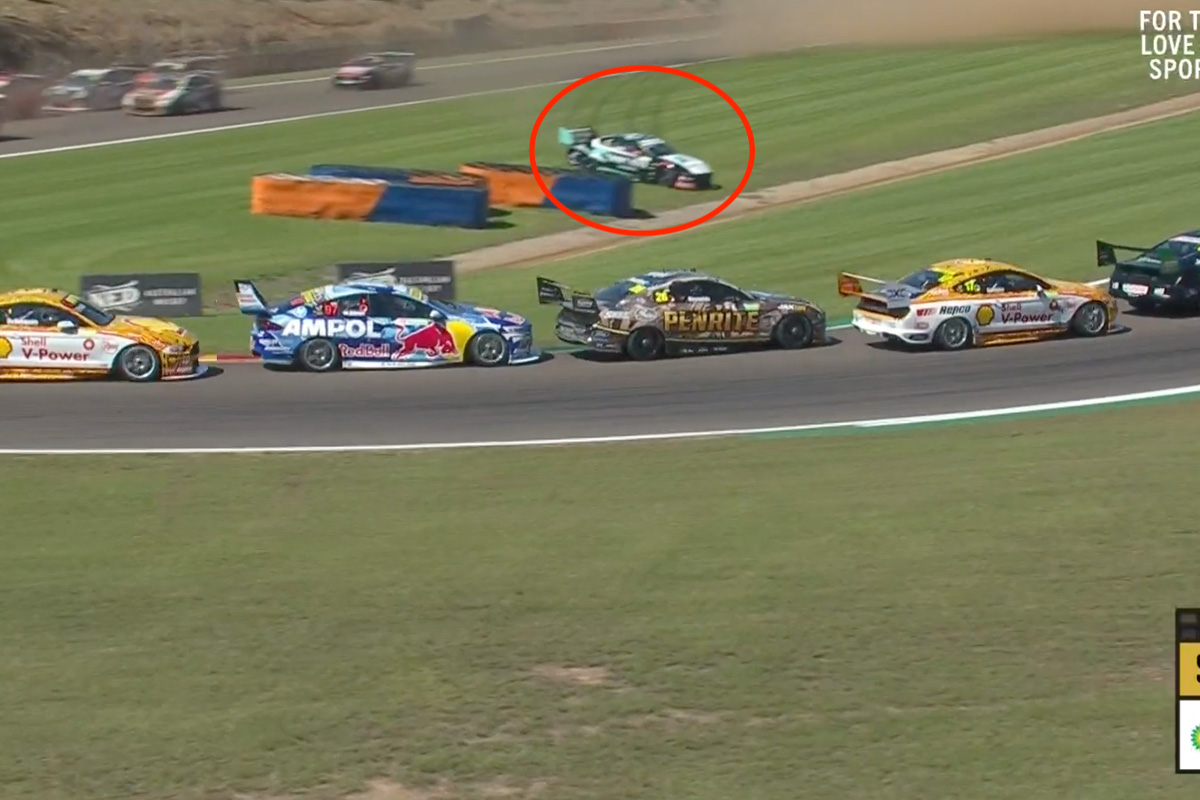 “Up into [Turn] 5 I was on the inside and then coming out someone in front checked up and had a bit of a wobble,” he said.

“I got out of the gas because I was in the back of them and then someone got in the left-rear quarter and then just spun us off to the left and [I] was a passenger from there.

“I don’t really know who I backed into at that point but it was pretty crazy going across. I was just hoping that I was going to stop before everyone else but unfortunately we ended up, with the momentum we had, going all the way through.”

Scott Pye, whose team boss Charlie Schwerkolt admitted to being “sick of seeing a tilt tray” following a huge crash at Perth last month, was in the dark as to what had happened.

“On the initial contact I actually thought I’d unsighted him [Courtney] and he was sitting there, I didn’t know that he had come across. I just saw a glimpse of a car at the last moment and I darted right slightly,” said Pye.

The DNF will see Courtney drop out of the top 10 in the drivers’ championship.