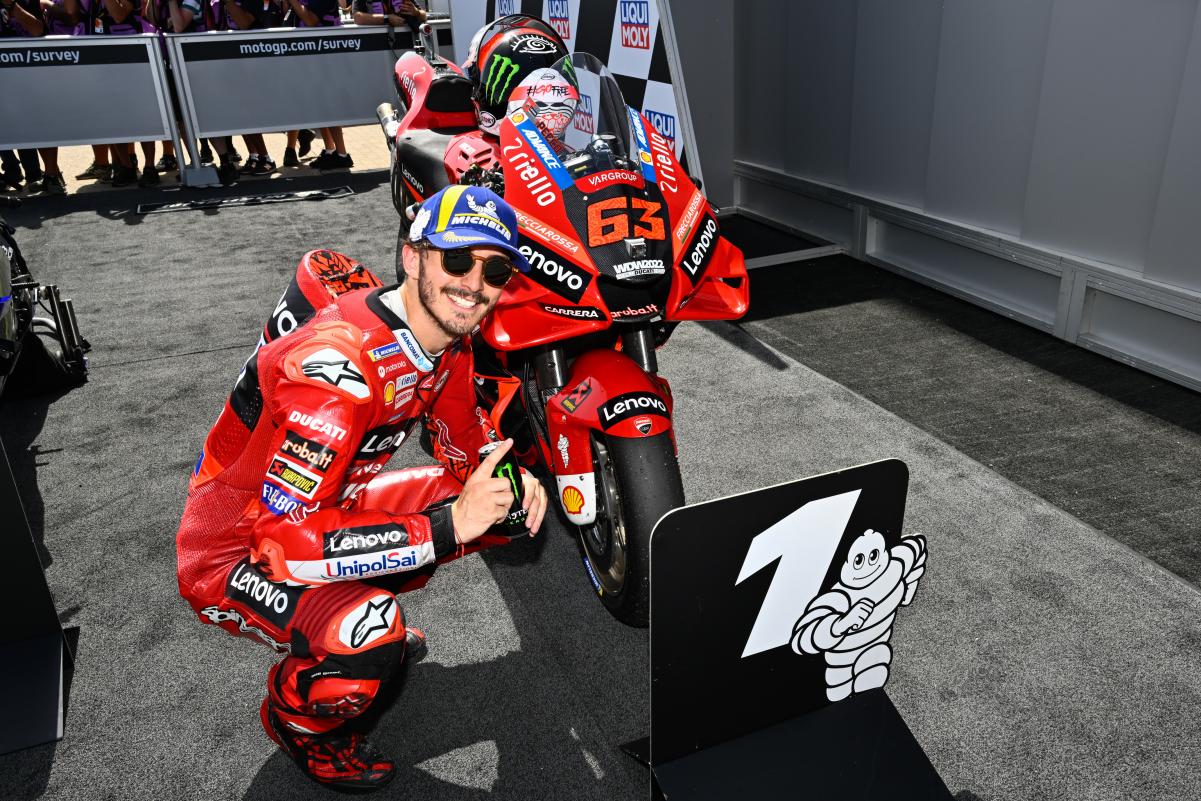 Miller, who earned sixth on the starting grid at the Sachsenring, attracted the sanction as a result of a crash he had in the Free Practice 4 session which immediately precedes qualifying.

The Queenslander lost the front of his Desmosedici at Turn 13 while there were still yellow flags out for Aprilia Racing’s Aleix Espargaro, who had crashed in similar fashion just prior.

When they went again, the Italian improved to a 1:20.064s then a 1:19.931s on consecutive laps, and while the latter was not quite on his lap record pace from Free Practice 3, it would be good enough for pole.

Championship leader Fabio Quartararo ultimately claimed second with a 1:20.007s on his Monster Energy Yamaha and Johann Zarco was third with a 1:20.030s on a Prima Pramac Ducati.

Also on Row 4 were Marco Bezzecchi (Mooney VR46 Ducati) in 11th via Q1, and Joan Mir (Suzuki Ecstar) in 12th, while Pol Espargaro (Repsol Honda) will start 13th after coming up 0.004s shy of advancing from the first stanza.

Remy Gardner qualified 21st and Tech3 KTM team-mate Raul Fernandez 22nd, while Suzuki Ecstar’s Alex Rins withdrew from the event after FP3 due to pain in his fractured wrist.

Race start is scheduled for Sunday night at 22:00 AEST.