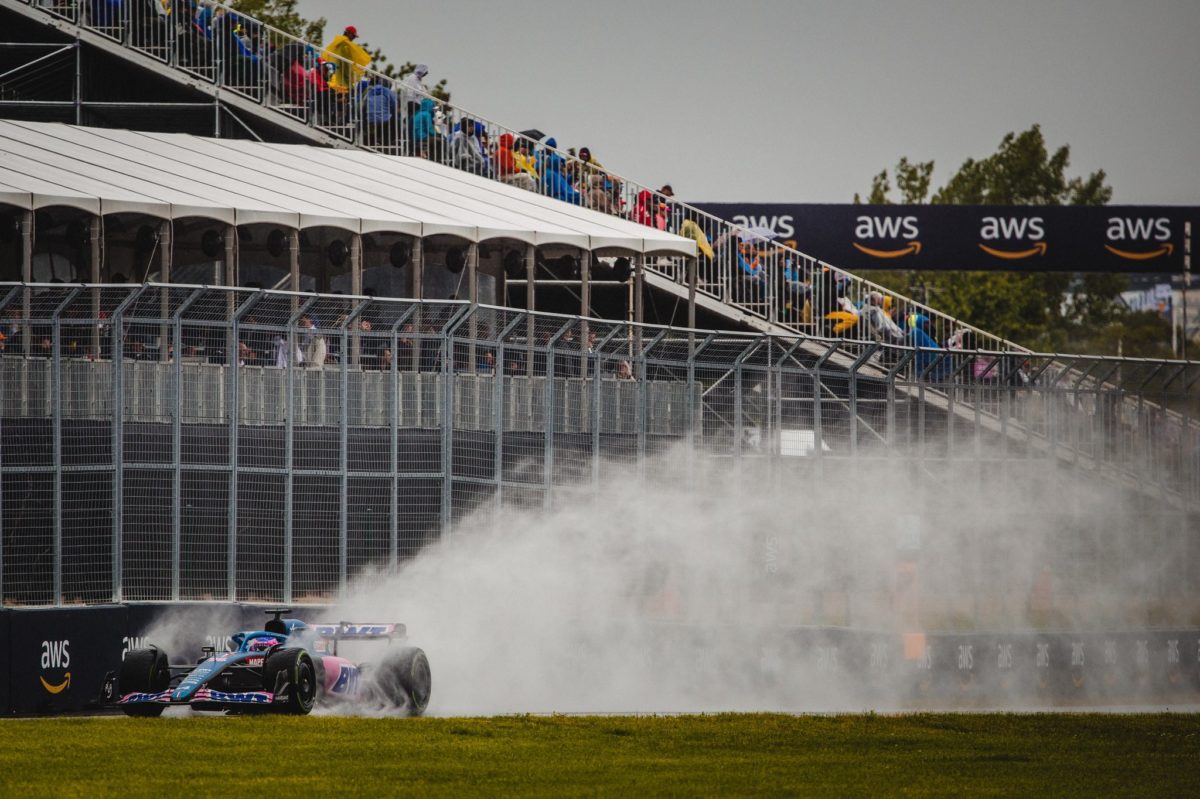 Fernando Alonso has all but ruled out the prospect of claiming a surprise victory in tomorrow’s Formula 1 Canadian Grand Prix.

The Spaniard demonstrated strong pace throughout Saturday’s running, topping Free Practice 3 before rising to second on the grid as the chequered flag fell in Qualifying.

It marks his first front row start since 2012, the two-time world champion the oldest driver to have started off the front since Michael Schumacher at the Chinese Grand Prix that same year.

However, while pleased with his Saturday performance, he expects he’ll slip down the order in the race itself.

“It’s good starting in the first row, has been a very competitive weekend, the car kept improving in the last few races with new parts, but I think our realistic position is not necessarily in the top five,” Alonso observed.

“So let’s try to have a clear race, execute a good strategy, good tyre management, and score as many points as possible, but to think about winning is completely unrealistic.”

The margin between Alonso and pole-sitter Max Verstappen at the end of Qualifying was more than 0.6s, while he edged ahead of Carlos Sainz by little more than a tenth.

“They are in a different league,” Alonso said of Alpine’s deficit to Red Bull.

“It was not in our wildest dreams to be on pole position, and so we take the first row for sure.

“That’s maybe better than any expectation, but let’s see.

“I think we are better prepared than any other race so far this year, so let’s finish the job tomorrow.”

Alpine has shown glimpses of pace throughout the season, but has thus far failed to capitalise on that potential.

In Canada the Anglo-French operation has again showed well, with Alonso even fastest in a wet final practice.

Qualifying was also held in largely wet conditions, though the track had something of a dry line around much of the lap by the end of the knockout session.

“We were P1 in FP3 this morning, so it seems that we were okay in wet conditions, but it was not really wet,” Alonso said of his Saturday pace on Montreal.

“We were also okay in semi-dry conditions.

“But the car was fast yesterday, on dry, fast on the long run pace as well, fast on wet conditions this morning…

“So far, has been a very competitive weekend.”

The Canadian Grand Prix gets underway at 04:00 AEST.