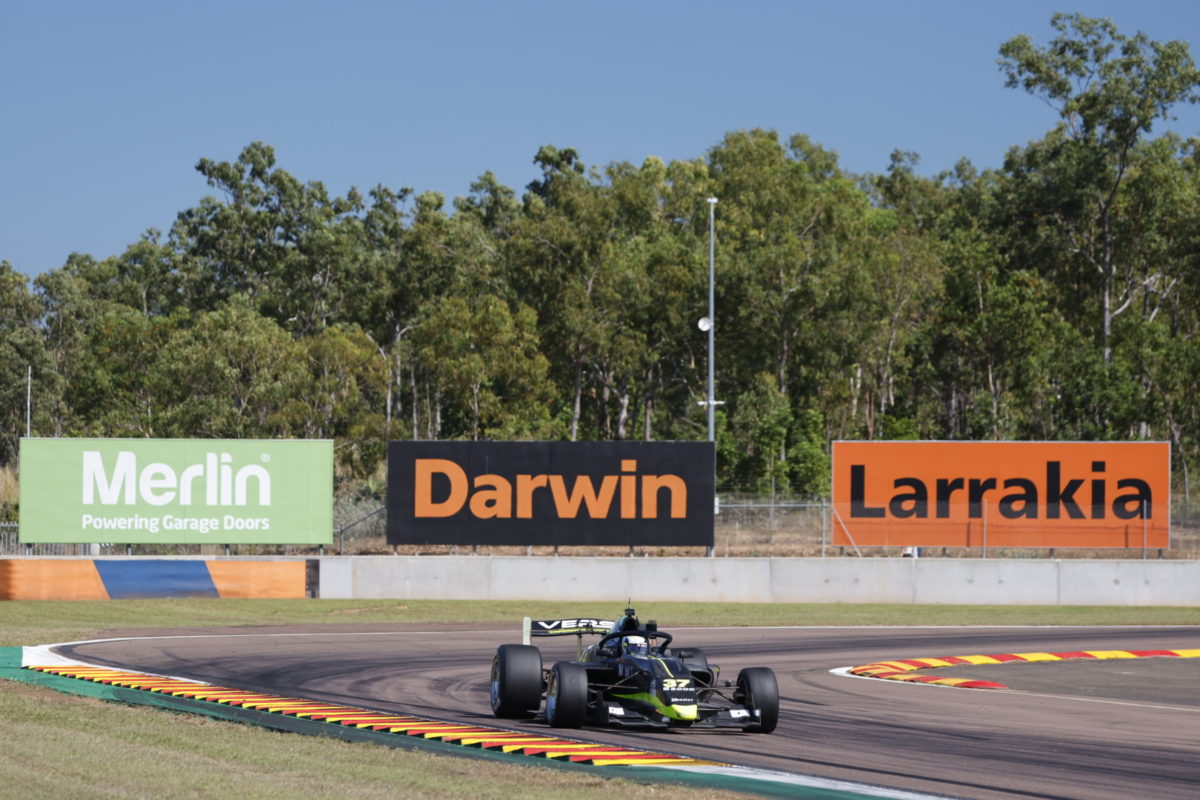 Cooper Webster has cruised to victory in S5000 Race 1 at Hidden Valley as Joey Mawson extended his Australian Drivers’ Championship lead by finishing fourth in the final round opener.

Webster (Versa Motorsport) got the jump when the lights went out in Darwin and, despite the best efforts of late-braking pole-sitter Nathan Herne (Garry Rogers Motorsport), he exited the first corner with the lead.

Aaron Cameron (GRM) emerged behind them in third, while championship leader Joey Mawson (Team BRM) was up one spot to fourth, with his nearest title rivals James Golding (GRM) seventh and Tim Macrow (Tim Macrow Racing) back to 10th after being held wide at Turn 1.

Webster was a full second up at the end of the standing lap, two seconds at the end of Lap 3, and then four seconds after six laps of racing, as Cameron tailed team-mate Herne but could not find a way by.

That would turn out to be the story of the race, with the field essentially running as you were from Lap 1 until a time-certain chequered flag after 19 laps of a scheduled 23.

Webster took a 3.9535s victory having been as much as five seconds clear from Lap 9 until the latter stages of the encounter, with Herne second and Cameron four tenths of a second further back in third.

Mawson was fourth, Golding remained stuck behind Purdie in seventh, and Macrow’s title hopes suffered a blow when he finished 10th.

Tim Berryman (BRM) was a non-starter due to damage he incurred when he crashed heavily in Qualifying.