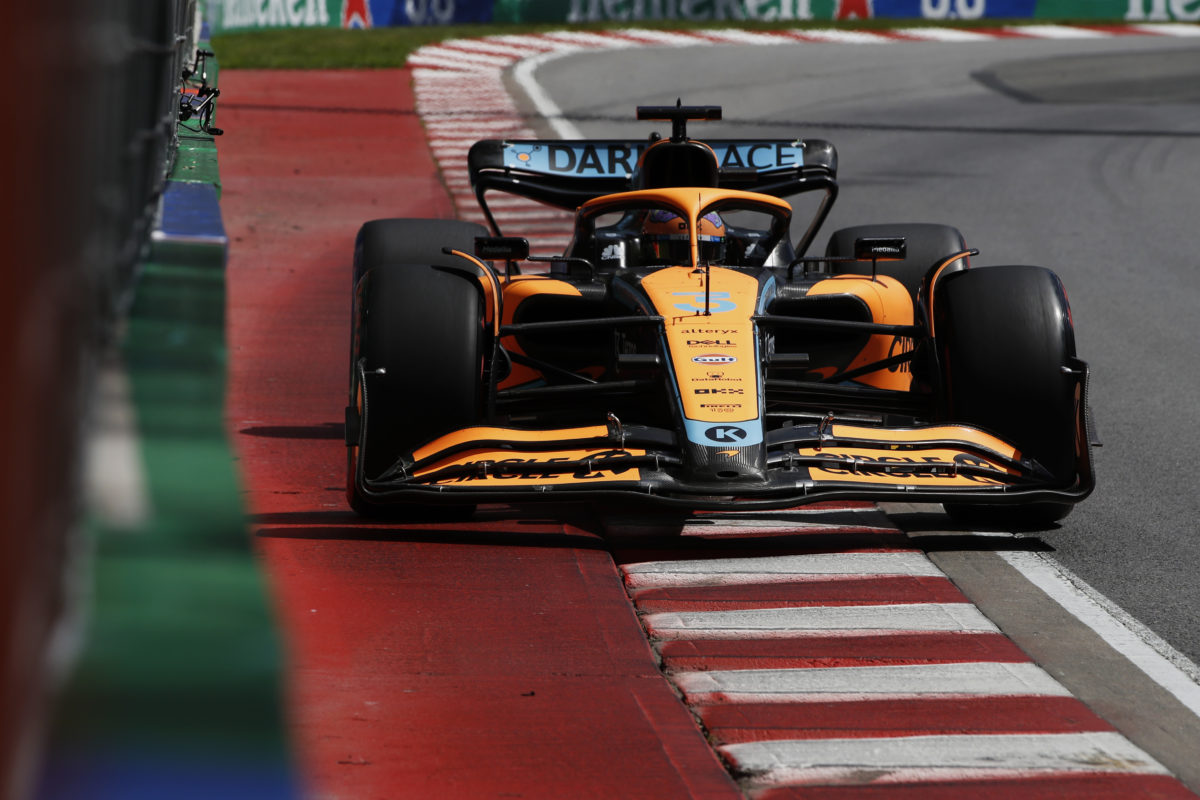 The Australian was one spot back from team-mate Lando Norris, though the pair were split by just 0.046s.

It’s another promising performance from Ricciardo who looks to be getting on top of the MCL 36 after a difficult start to the 2022 season.

“I think we got into the groove pretty quickly and we showed good signs,” he said, having logged the 10th best time in Free Practice 1, just over a tenth up on Norris.

“It could be completely different, but I think today was a solid start.

“Hopefully we can do a bit of fine-tuning and then find a little bit more speed overnight now.”

The Circuit Gilles Villeneuve has been a happy hunting ground for Ricciardo, who scored his maiden F1 win at the venue in 2014.

He finished on the podium again three years later and started from the second row at the event’s last running, when he raced for Renault.

“I’ve definitely missed this track after not coming here for a few years,” the 32-year-old said of the circuit.

“It’s so much fun. I’ve just enjoyed it. Enjoyed driving. It’s awesome – one of the best for sure in my opinion.

“Overall, it was just an enjoyable Friday. So, I’m happy to be back.”

While Ricciardo has shown a promising upturn in form, it comes as the midfield battle looks to have condensed.

Sebastian Vettel was fourth fastest in Free Practice 2 for Aston Martin, one spot up from Fernando Alonso who’d taken third in the day’s earlier running.

Pierre Gasly and Yuki Tsunoda also showed pace for Scuderia AlphaTauri, while Mercedes looks to have slipped backwards into that mid-pack quagmire this weekend.

All told, there appear five teams in contention to be best of the rest behind Red Bull and Ferrari.

“As has been the case for the last few races, the midfield once again looks very competitive,” observed Andreas Stella, the team’s executive director, racing.

“We’ll do our learning overnight and come back tomorrow to do our best to get into Q3, giving ourselves the best chance to score good points on Sunday.”

It was not an entirely smooth day for McLaren, with Norris forced to sit out the final minutes of Free Practice 1 with an issue on his car.

“We had a couple of issues, so I didn’t get as much running as what I wanted to.

“We’re a little bit on the back foot with a couple of things, especially in the long run.

“Apart from that, the car’s in a reasonable place.

“We’ve definitely got some work to do with some much quicker cars ahead.”

The Canadian Grand Prix continues with Free Practice 3 at 03:00 AEST on Sunday, ahead of Qualifying at 06:00, with rain highly likely for at least the former of those outings.