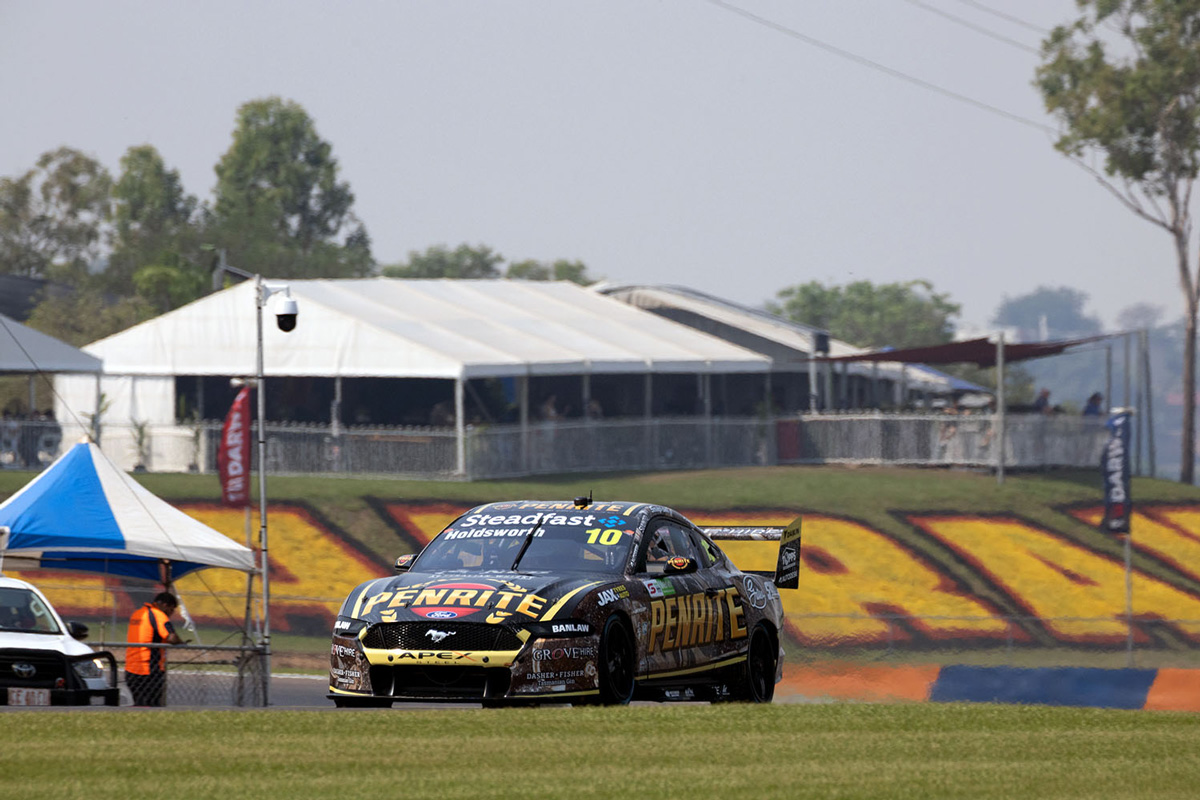 Lee Holdsworth has been left to lament a misstep in set-up direction as he struggled to 26th on the grid for Race 16 in Darwin this afternoon.

The Grove Racing driver enjoyed a breakthrough in terms of one-lap pace last time out at Winton Motor Raceway, however, that has not carried across to the Top End.

Holdsworth was 18th and 10th in the two practice sessions yesterday at Hidden Valley Raceway, and an attempt to improve front-end turn translated into excessive rear instability in qualifying today.

While team-mate David Reynolds has proceeded to the Top 10 Shootout, Holdsworth wound up only ahead of solo debutant Zak Best.

“We made a pretty big swing at it today because we didn’t quite find the balance for the greens yesterday, but we were a hell of a lot better yesterday than we are now,” said the #10 Mustang driver.

“It’s just gone wrong, we just didn’t make the right call but we have learnt from it now so we have got a direction for the race.”

Pressed on what had been the primary issue, Holdsworth elaborated: “We picked up some front from yesterday mid-corner which was our bigger issue but then lateral rear on exit is a massive problem, as soon as I crack the throttle the whole thing wants to swap ends.

“So it’s something we will have to fix for the race obviously because it is going to be very hard on tyres around here and we need to be kind on the rears.”

He was not the only Supercars Championship race winner to be knocked out in Q1, with Nick Percat (21st) and Tim Slade’s (24th) recent struggles continuing.