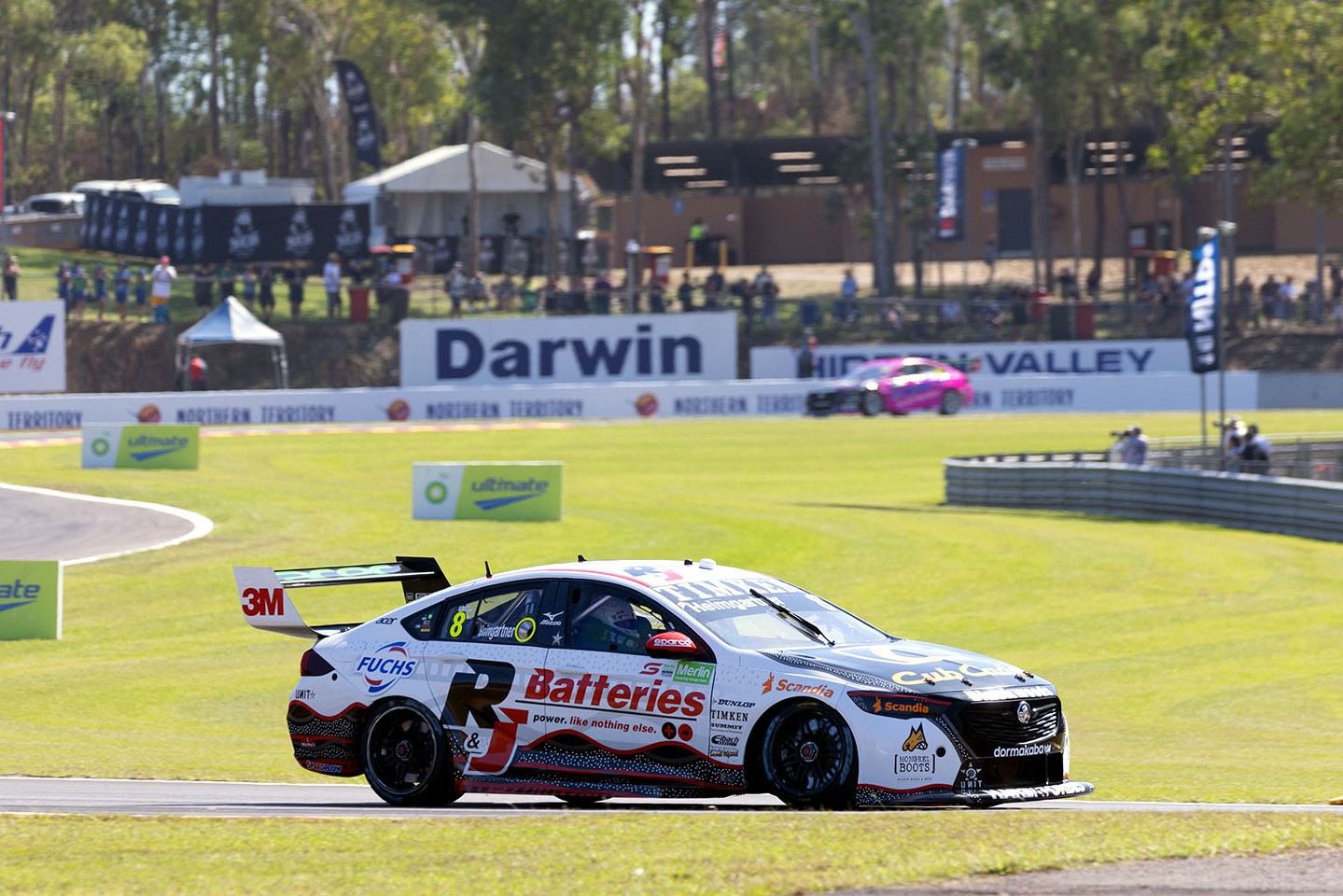 Andre Heimgartner believes pit stop strategy will be the make-or-break factor in the opening encounter of the Merlin Darwin Triple Crown.

The #8 pilot has been quick throughout proceedings, eventually qualifying third for Race 16 having earlier set the pace in the three-part session.

In the end, Shell V-Power Racing Team duo Will Davison and Anton De Pasquale would lock out the front row.

“The lap was a little bit messy, but it was overall not too bad to replicate the lap I basically did before,” he told Speedcafe.com of his Top 10 Shootout lap.

“Obviously they found a lot – the Shell cars – in the last one, so we need to have a bit of a think.

“Fast pit stops are a big thing for us,” Heimgartner told Speedcafe.com.

“I think you might see some tyre strategies, people not knowing what’s going to happen, you might actually get a big gain out of doing three. Who knows?

“If you’ve got the time to do it, if you’re only going to lose a couple of spots, it’s definitely a thing to do because you’ll gain so much just with the way these tyres are.

“I think it’ll keep cliffing, the one you keep on there, so to have three grip up will be good.”

Heimgartner has largely focused his efforts on one-lap pace in the sessions to date.

The benefit of having Bryce Fullwood, Macauley Jones, and Jack Smith in the four-pronged Brad Jones Racing camp is added tyre data.

Heimgartner is confident his lack of long-running won’t be to his detriment.

“We haven’t done much long-run stuff, other people in our team have,” said Heimgartner.

“We’ll have to see. We’re going to have to tune it up for the race, but I think we have those tools.”

Race 16 of the Repco Supercars Championship at Hidden Valley Raceway gets underway at 15:25 local time/15:55 AEST.