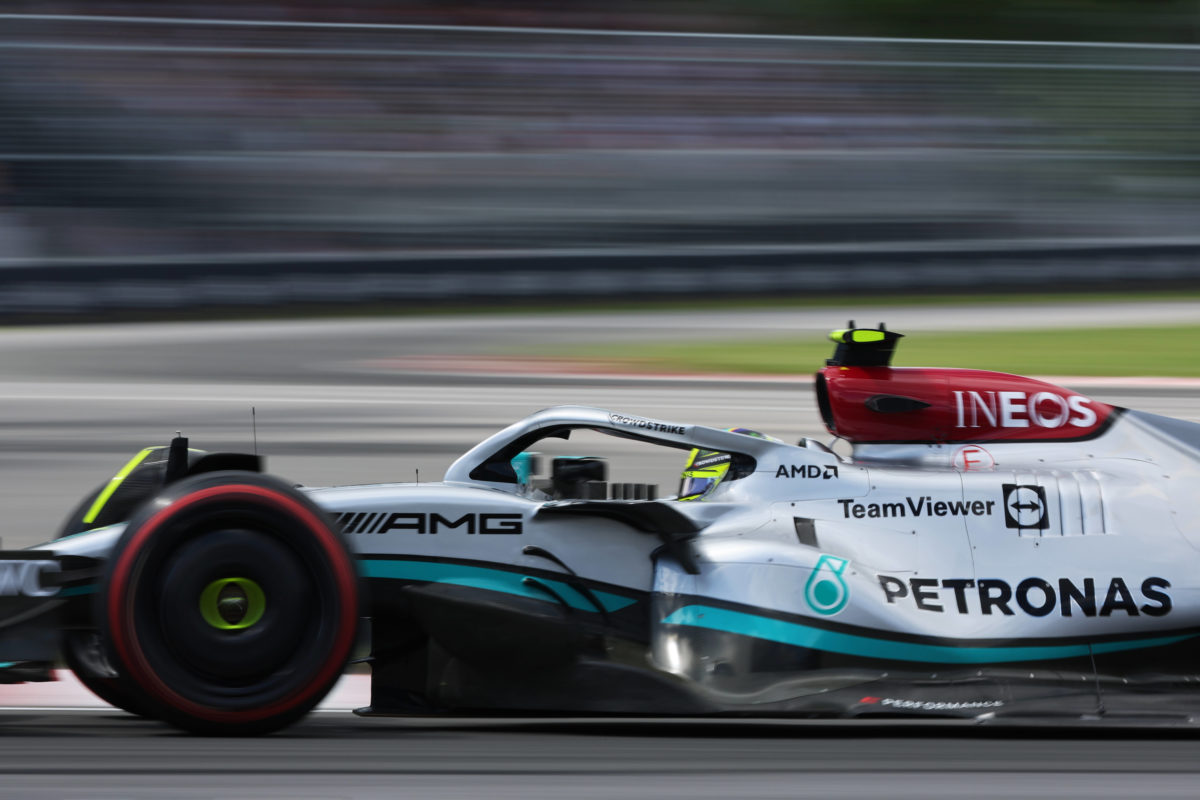 Lewis Hamilton called his Friday running at the Formula 1 Canadian Grand Prix “a disaster” after he ended the day just 13th-fastest.

The seven-time world champion was almost 1.3s off the outright pace, and half a second away from team-mate George Russell after going a different way with set-up.

Mercedes seems lost with the F1 W13, which has proved troublesome all season, especially when it comes to ironing out the extreme porpoising it’s experienced.

The team hoped it had found a direction at the Spanish Grand Prix, though performances since have suggested that was something of a false positive.

Indeed, such are the team’s struggles that Hamilton has now suggested the team has gone backwards.

“Pretty much like any Friday for us, trying lots of different things,” he said of his work in the opening two sessions in Canada.

“Experimental floor on my side, which didn’t work. Nothing we do to this car generally seems to work!

“We were trying different set-ups, me and George went with much different setups in FP2 just to see if one way works and one way doesn’t.

“I’ll wait to hear how if felt for him, but for me it was a disaster. It’s like the car is getting worse, like it’s getting more and more unhappy, the more we do to it.

“We’ve been working on it, and it is what it is. I think this is the car for the year, so we just have to tough it out and work hard on building a better combination.”

Mercedes has enlisted the trackside assistance of James Allison, the squad’s former technical director who’s since moved up the chain.

His presence comes soon after the FIA announced a new technical directive designed to ease the impact of porpoising on drivers.

Mercedes is one of the teams, if not the team, most heavily impacted by the aerodynamic bouncing, with Hamilton struggling to climb from his car in Azerbaijan.

In Canada, the situation seems to have hardly improved.

“It’s just a monumental fight the whole time to keep it out the wall,” Hamilton said.

“When it bounces, then the car leaves the ground a lot, and when it lands, it grips up and it goes into those other directions.

“So you’re just trying to catch a car that jumps, hops, grips. It’s tough, just keeps you on edge.

“And that was some big hits today, but we’ll raise the car and doesn’t make a difference.”

Raising the ride height is one of the tools teams have to combat porpoising, together with adjusting other suspension settings to ease the bouncing, though all come at the cost of performance.

With Sebastian Vettel and Fernando Alonso having shown promising pace on the opening day in Canada, and with Scuderia AlphaTauri and McLaren also in the midfield mix, it’s set to be another difficult weekend for the once all-conquering Mercedes squad.