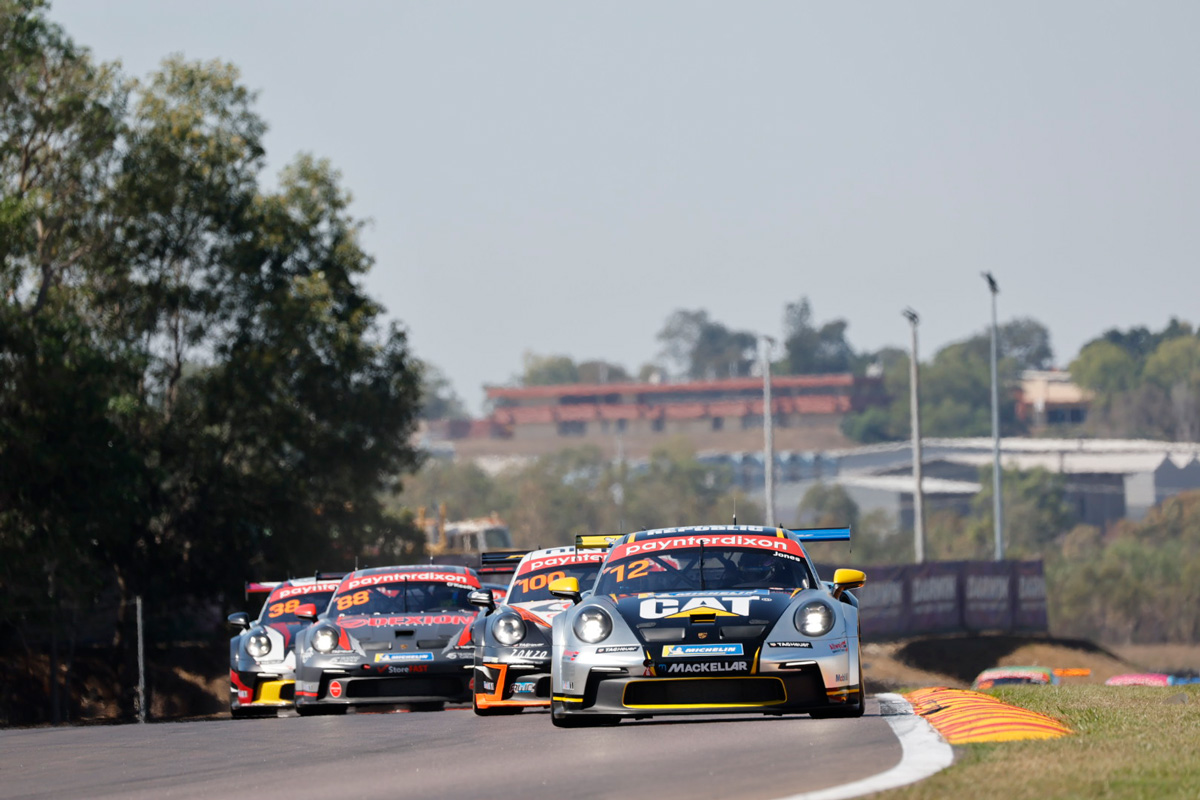 Wood bogged down as he launched from pole position, but it was fellow front-row starter Jones who cleared into the lead before Turn 1.

Dylan O’Keeffe put up a fight around the outside of the first corner, though slotted into third as the slow-starting Wood held second.

At the end of Lap 3, Simon Fallon ran wide exiting the final corner, allowing David Russell to drive by on the main straight for 12th.

Morris Pro-Am runners Matthew Belford, Stephen Grove and Rodney Jane were running in a train until the former pair slid off the road at Turn 1 in synchronisation.

That was compounded by another off for Belford a lap later, who locked the rears attempting a pass on Scott Taylor at Turn 5 and fired into the grass again.

By this point, Jones had carved out a lead of 1.3 seconds at the head of the field over Wood and O’Keeffe.

Christian Pancione and Jackson Walls squabbled over fifth in the late stages, with Pancione taking over the position after an entertaining back-and-forth.

Further up the road, O’Keeffe had been caught by David Wall, who snapped up the final podium spot when O’Keeffe went wide at Turn 1.

Wood was able to bring the gap down to exactly a second by the chequered flag but remained second as Jones extended his points lead.

Nick McBride finished 18th after a spin at the halfway mark set him back, having also incurred a five-second time penalty for rolling at the start.

Michael Almond was classified as the last finisher, but two laps down; seemingly coasting around following a spin of his own earlier in the race.