Davison: Pole lap ‘means so much’ ahead of milestone Supercars race

Davison: Pole lap ‘means so much’ ahead of milestone Supercars race 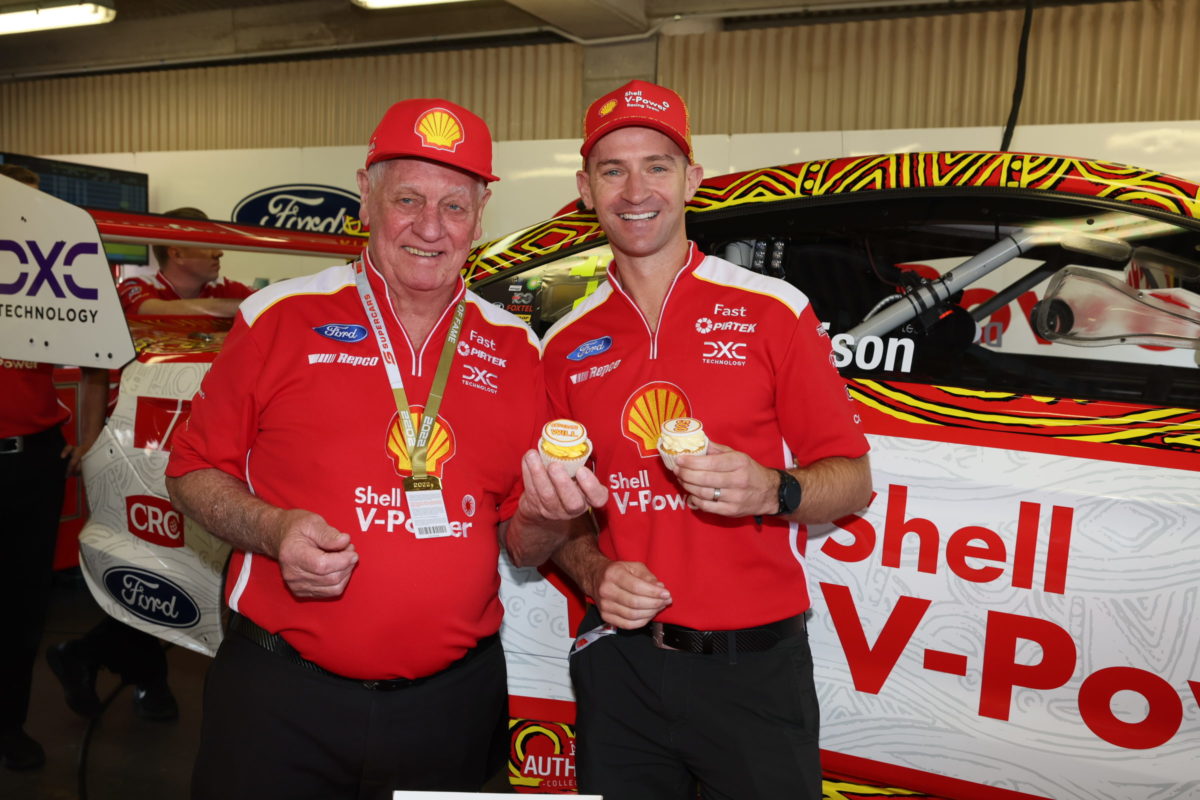 Will Davison says his scorching shootout lap at the Merlin Darwin Triple Crown “means so much” considering it put him on pole position for his 500th Repco Supercars Championship race.

The Shell V-Power Racing Team driver broke the practice/qualifying lap record which he set just a year ago when he wheeled the #17 Mustang to a 1:04.9542s in Qualifying for Race 16 at Hidden Valley.

He will share the front row with team-mate Anton De Pasquale, whom he beat by a sizeable 0.2819s in the one-lap dash.

“I was putting a lot of pressure on myself today; it’s a really special day,” said Davison, whose impending milestone was celebrated in the Dick Johnson Racing garage earlier today.

“I don’t get caught up in milestones but the team did such a nice thing for me this morning and I’m just really grateful to be here at this team.

“To still put together laps like that at 500 races, it means so, so much to me.

“It’s a big day, we have got a lot to convert now, but that’s what it is all about.”

The pole was Davison’s fifth of the season, taking him two clear of each of De Pasquale, Shane van Gisbergen, and Cameron Waters.

Once again, he gave credit to DJR for that haul.

“I have just got an amazing team behind me, I have got great support at home, so much support with Ri my wife,” explained Davison.

“I’m just trying to get the best out of myself and be the best version of myself.

“I think over many years I have certainly showed at times what I can do.

“It’s been up and down but when you get a team behind you like this that supports you like this and works with you, and you really see how hard they’re working, it just comes together to make you try to lift your game to that level.

“Every time I get in, I’m my harshest critic and I’m just constantly trying to better myself.

“I feel like I really drove that lap well but I have just got to thank the team as well for an amazing car. It was really good.”

This afternoon’s 38-lapper is something of a journey into the unknown with a new minimum pressure of 20 psi for the super soft tyres which the field will run on.

Davison admits he is “apprehensive” about the impact which that rule will have on how the contest plays out.

“It really will [have an impact],” he declared.

“It’s a bit of a lottery for everyone, so clearly we’re apprehensive at the moment as to what strategy to play and how we sit in race trim; we don’t really know.