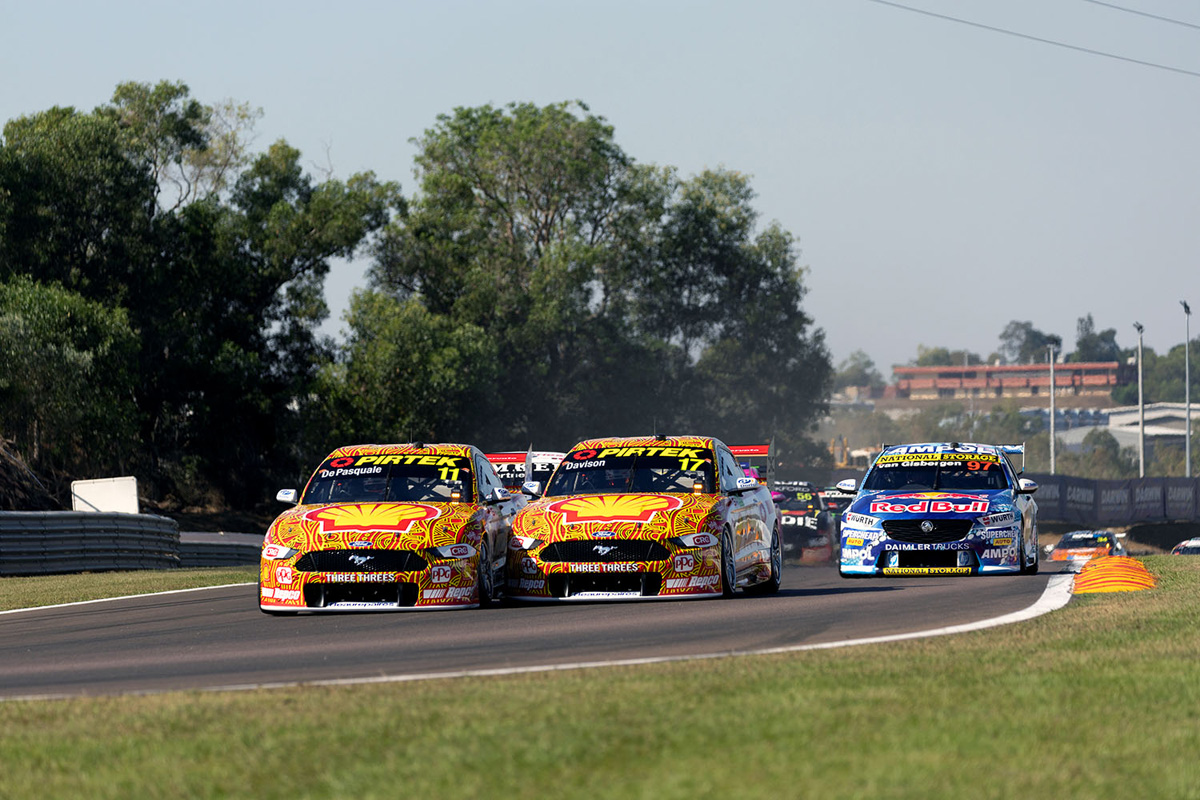 Will Davison believes he would have had the pace to win Race 16 if not for losing out in a Lap 1 clash with his team-mate Anton De Pasquale.

In what was his 500th race start in the Repco Supercars Championship, the #17 pilot ceded position after wheel-to-wheel contact with the #11 on the run to Turn 5.

Davison and De Pasquale both came away unscathed, although it was the latter who prevailed and would eventually walk away with his first win of the 2022 season.

Asked whether he had the pace to win, Davison replied, “Yeah absolutely.

“I think as we saw there wasn’t really anything in it from that point between us.

“We had already discussed before, we were both like ‘well let’s see what happens off the start and then we’re going to ultimately work together to get a result for the team’.

“So we knew that start was crucial, then we were going to settle in and make sure we both were managing our tyres as best as possible.

“So from that point on I think we were managing a very similar pace, so that’s what’s important these days, is leading that first corner and it wasn’t my day.”

After De Pasquale got to Davison’s outside on the run out of Turn 1, the 2016 Bathurst 1000 winner said he had few options to try to defend the position.

De Pasquale held the inside line into Turn 5 before the contact, coming out of the corner with the lead.

“You have got a bit going on there just trying to keep yourself on the track. Obviously I was hopeful I could maybe go back down his outside at [Turn] 5 like he had done to me at [Turn] 1, but there was just that little bit of contact on the turn-in point.

“No biggie, it’s pretty normal stuff here in Darwin, to be honest. Turn 1, anyone else I maybe could have run it in a bit harder and maybe had a little bit of contact just to get him in the marbles, but obviously you don’t want to be touching with your team-mate.

“But as I said, he held it pretty well there in the mid-track, there’s often a bit of marbles there but he was able to hold real good mid-corner speed through 1 next to me so I was sort of boxed in and couldn’t do much. So kudos to Anton really, it was a great move.”

Davison denied any feelings of disappointment despite falling short of a win in his 500th race start.

It marked a turnaround for Dick Johnson Racing, Davison having been only 11th, 14th, and 10th at the preceding event at Winton Motor Raceway.

“Stoked for the team really, after a difficult Winton it’s really important to bounce back.

“Great shootout, it was a lot of fun this morning and just ultimately the result for the team is far bigger than me being a bit disappointed about being second.

“It was a great move by Anton at the start, it was good fun, and what can I say, it was just really important from Winton that we all worked well together.

“We have worked really hard the last few weeks to achieve a result like this so this is all about the team tonight.”

The Repco Supercars Championship resumes tomorrow morning with back-to-back qualifying sessions to determine the grid for Race 17 and Race 18, the first starting at 08:35 local time/09:05 AEST.