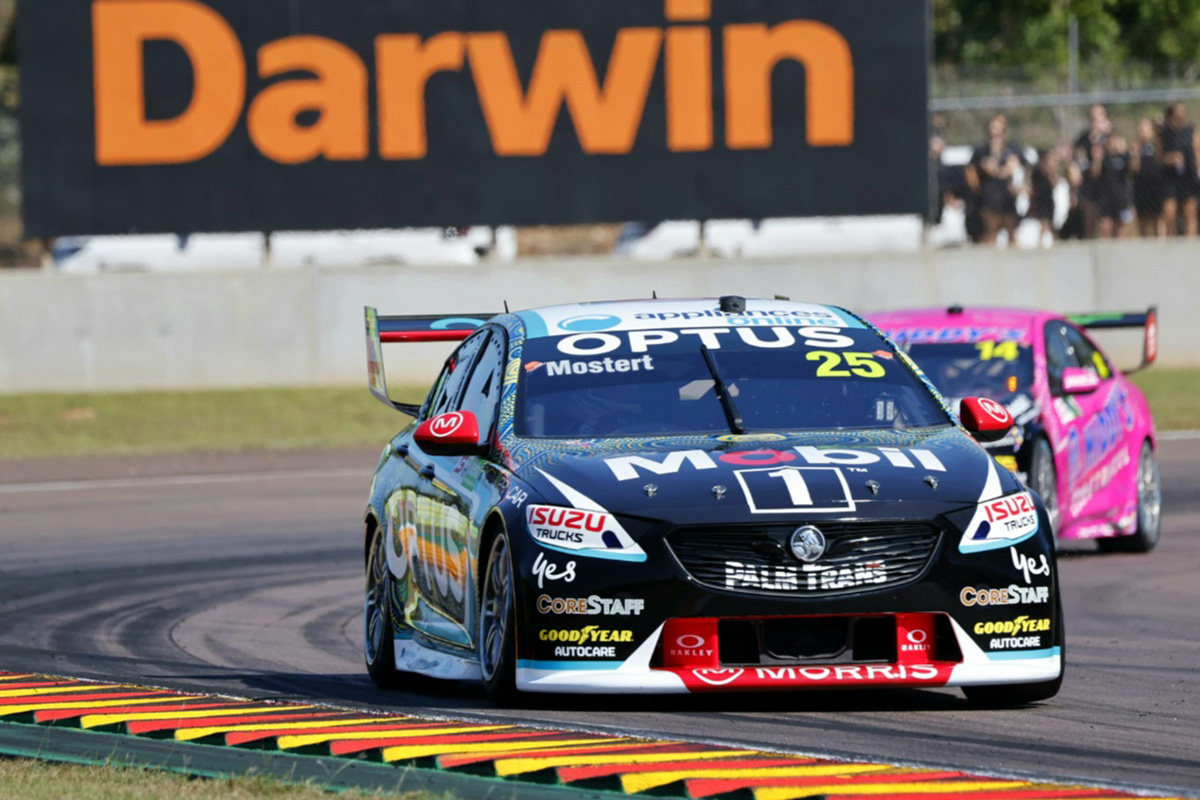 Mostert wheeled the #25 Mobil 1 Optus ZB Commodore to a 1:05.9350s at the end of the opening, half-hour session at Hidden Valley Raceway, 0.0359s faster than Brown went in the #9 Boost Mobile ZB Commodore.

Repco Supercars Championship leader Shane van Gisbergen was 17th-quickest in the #97 Red Bull Ampol ZB Commodore, in a session which ran uninterrupted despite Bryce Fullwood’s late, although seemingly minor, run-in with the barriers.

There was a lull in terms of lap speed through the middle of the session, before something of a ‘happy hour’ in the final few minutes as a number of drivers apparently switched to new or near-new super soft tyres.

Brown finally reset the fastest lap when he clocked a 1:05.9709s, before Tickford Racing’s James Courtney (#5 Snowy River Caravans Mustang) slotted into second with a 1:06.0184s.

With the chequered flag out, Mostert usurped both of them with a lap which also shuffled Reynolds back to fourth courtesy of the time he set on his first run.

As he had been after those early laps, Andre Heimgartner was next-best in the #8 R&J Batteries ZB Commodore.

Heimgartner looked like knocking Reynolds off his perch before he kicked up the first through Turn 11 with a couple of minutes to go, but the Brad Jones Racing driver subsequently improved to a 1:06.0850s with his last lap.

Rounding out the top 10 were the other three full-time Tickford entries, a WAU driver, a former Tickford steerer in Mark Winterbottom.

Fullwood slipped off the road in the final minute at Turn 10 and found the tyre wall, although he looked to have only caused cosmetic damage to the back of the #14 Middy’s ZB Commodore.

Garry Jacobson (#76 Subway ZB Commodore) had two offs during the session, including one simultaneously with but apparently separately from PremiAir Racing team-mate Chris Pither (#22 Coca-Cola ZB Commodore) at Turn 5, but there were no halts in proceedings.