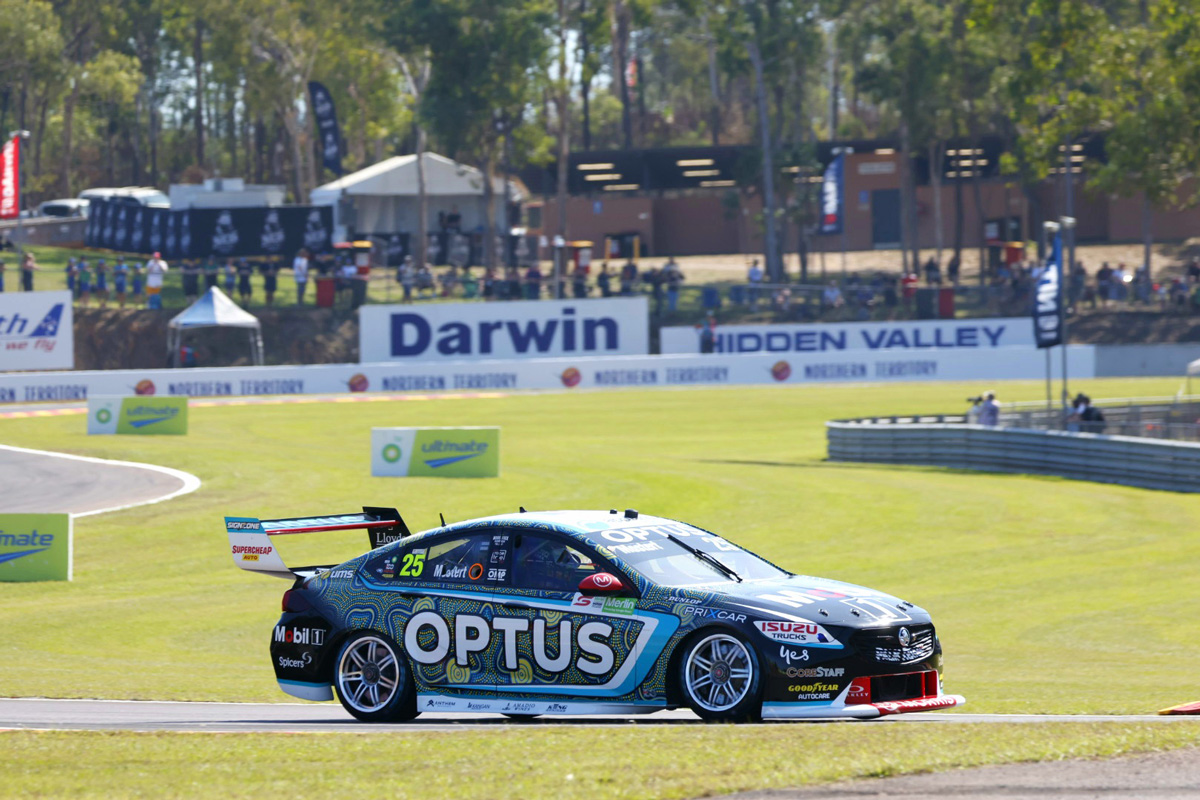 Chaz Mostert has been disqualified from Practice 2 at the Merlin Darwin Triple Crown for a breach of tyre pressure rules.

The sanction was confirmed via a Stewards report distributed in the hours after final practice wrapped up.

“During the Session the Stewards received a report from the HoM that the pressure of the rear left Control Tyre on Car 25 as it entered the Circuit at the commencement of the Session was below the mandatory minimum tyre pressure for this Event of 20psi to be achieved at any time a Car is on the Circuit during any Session,” read the report.

“The matter was investigated following the Session and, after an admission to the breach by WAU Racing, the Stewards disqualified Car 25 from Practice 2.”

Mostert had set the sixth fastest time of the session, having topped opening practice earlier in the day.

New tyre rules were announced in the lead-up to the event, mandating a higher minimum tyre pressure of 20psi.

Following 60 minutes of track time for the Repco Supercars Championship field today, that change has been criticised by both Andre Heimgartner and Shane van Gisbergen.

The next time Supercars are in action will be Qualifying for Race 16, starting from 11:45 local time/12:15 AEST tomorrow.