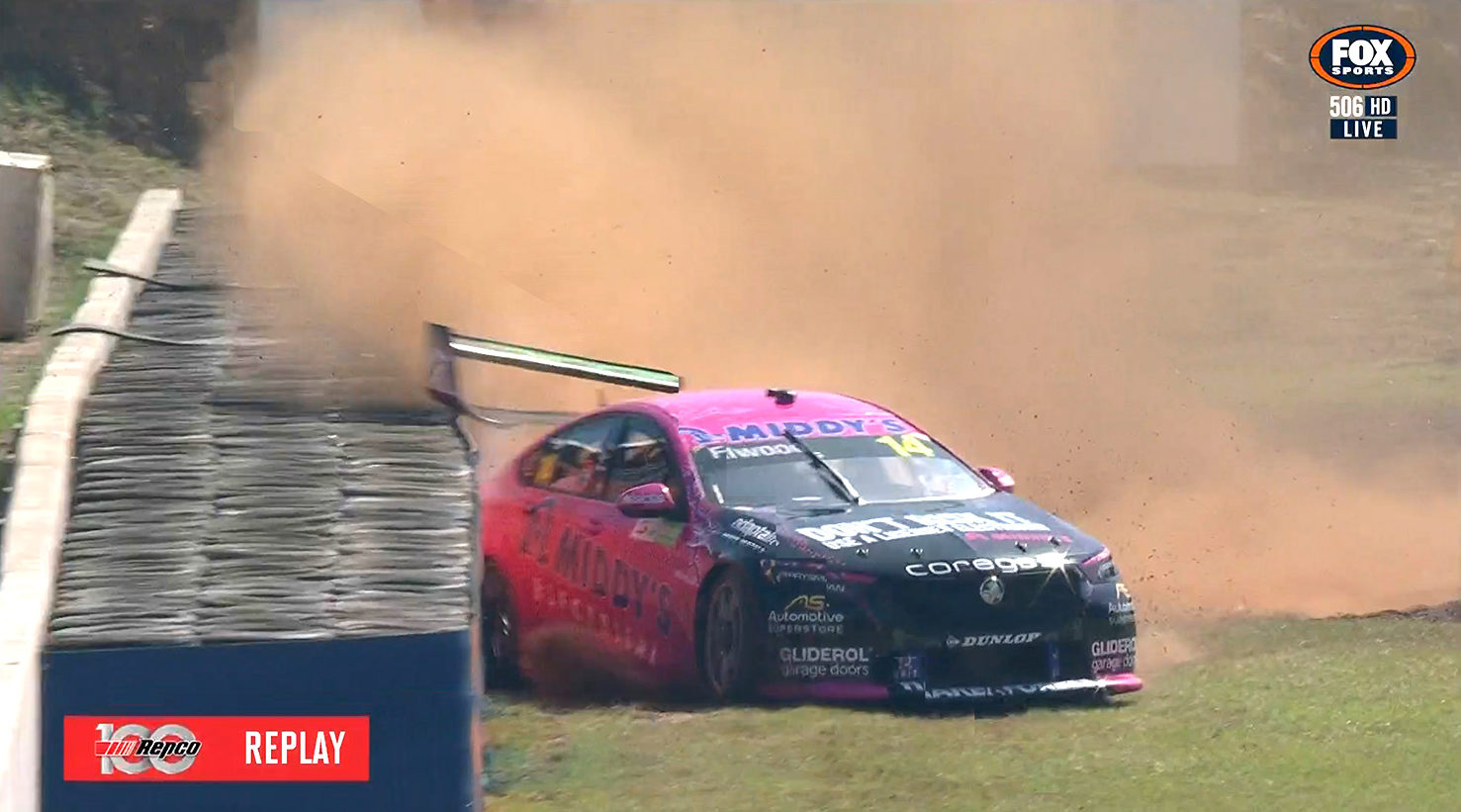 Bryce Fullwood has had a tough start to his home round, clashing with the wall at the close of Practice 1 at the Merlin Darwin Triple Crown.

On his final flying lap, the #14 Middy’s Racing driver dropped the right side of his Holden ZB Commodore onto the grass on approach to Turn 10, Fullwood subsequently losing control.

The right-rear duly made contact with the tyre wall, which straightened the car out but left the rear wing, bumper, and tail light with damage.

“I just dropped the right-rear wheel on the turn-in point at the worst point you possibly can and I was a passenger into the fence, unfortunately,” said Fullwood.

“Luckily, the gravel trap there washed a lot of the speed off. I tagged the tyre wall but very minimally.

“The boys have got a little bit of work to do but I think structurally there’s going to be nothing wrong. It didn’t bend anything or anything like that, so that’s good.

“Pushing hard, trying to use every inch, and used one inch too many. But that’s alright, the boys will fix it up and we’ll press on.”

The 24-year-old completed 18 laps in the session, his best effort a 1:07.1523s. Nevertheless, Fullwood was optimistic.

“Obviously, we’ve come off the back of some tough rounds as well,” he said.

“Everyone in the garage here is trying pretty hard to turn it all around, and what better place than here at Darwin.

“We’ve certainly put a lot of effort in behind the scenes. I’m really looking forward to hopefully having a good weekend this weekend in front of the home crowd.”

Andre Heimgartner led the Brad Jones Racing quartet, finishing Practice 1 in fifth a mere 0.1500s away from the fastest time. Macauley Jones was 15th while Jack Smith was 24th.

Heimgartner had a moment of his own, dropping a wheel off at Turn 11 just moments after setting the then-fastest Sector 2 time.

Practice 2 for the Repco Supercars Championship at Hidden Valley Raceway gets underway at 14:05 local time/14:35 AEST.