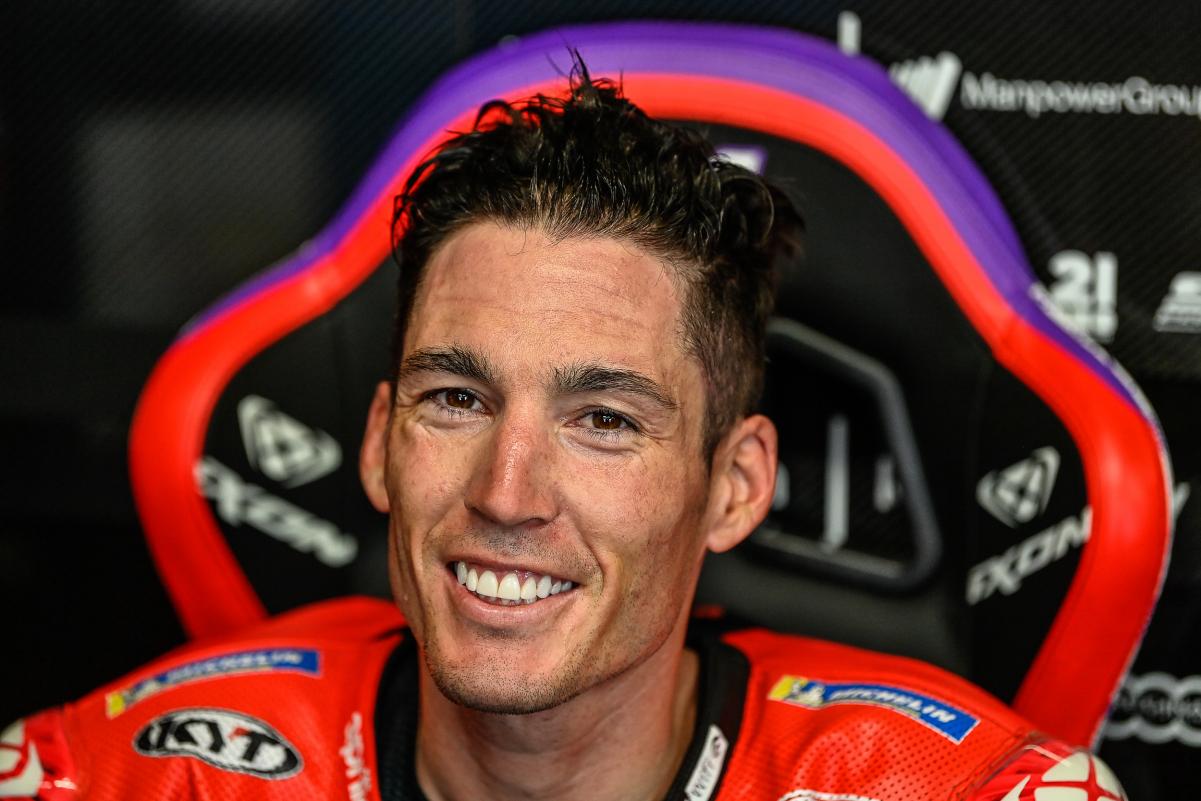 Aleix Espargaro says a trip to Disneyland with his children finally helped him to get over his premature celebration at the Catalan MotoGP round.

The Aprilia rider threw away a second placing, and a precious nine points in his bid to overhaul Fabio Quartararo in the world championship, by the time he actually took the chequered flag in fifth position.

Rubbing salt into the wounds, he grew up just kilometres away from the Circuit de Barcelona-Catalunya, but remains without a premier class podium in what is firmly his home event.

Espargaro was obviously devastated as a result of the embarrassing mistake, and endured a sleepless night immediately following the race.

It eventually took a visit to Mickey Mouse’s Paris residence, a relatively short trip from the 32-year-old rider’s Andorra base, to help calm him down.

“I will try to forget as soon as I’m on the bike, but this time I’ve struggled more to forget,” revealed Espargaro.

“On Sunday night I couldn’t sleep and test on Monday was very difficult.

“Tuesday, Wednesday I was training on the bicycle, the thing I love most, and I couldn’t stop being angry with myself.

“I couldn’t stop thinking about the mistake and I was angry with myself because I tried to repeat to myself that it is just a human mistake, it can happen, forget it, but I couldn’t.

“Then I decided at the last moment to do a trip to Euro Disney with my kids; to forget the diet, to not train for two days, and to have fun, and it worked really, really well.

“I disconnected and now I’m back, I completely forget what happened in Barcelona and you know it was just a stupid mistake but when you are fighting for a title at this year… it’s everything bigger so hopefully I can get some points in Germany.”

Espargaro remains Quartararo’s nearest rival for the 2022 title, at 22 points back from the Monster Energy Yamaha pilot on the way to the Sachsenring this weekend, and boasts five podiums in the year to date.

Despite his veteran status, it has been something of a breakout season for the Spaniard, whose very first premier class win at April’s Argentina Grand Prix was also Aprilia’s.

However, even last year, he put his RS-GP on the front row at the Sachsenring and briefly led the race before finishing seventh, but at less than three seconds from the podium.

“Germany has always been a good track for Aprilia and myself,” remarked Espargaro.

“I’ve been competitive the last two or three years I raced here.

“Last year I was fast in qualifying and I was fighting in the first part of the race with Marc [Marquez], but then when the rain came I lost too much time.

“In the end I was two seconds off the podium which isn’t that bad.

“I believe that with this year’s bike, this can be a good weekend for us.

“I will try work well from FP1, then to have fun in qualifying and switch off the brain to put in a fast lap, and then yeah, try fight for another podium.”