Courtney crashes out of Darwin practice

Courtney crashes out of Darwin practice 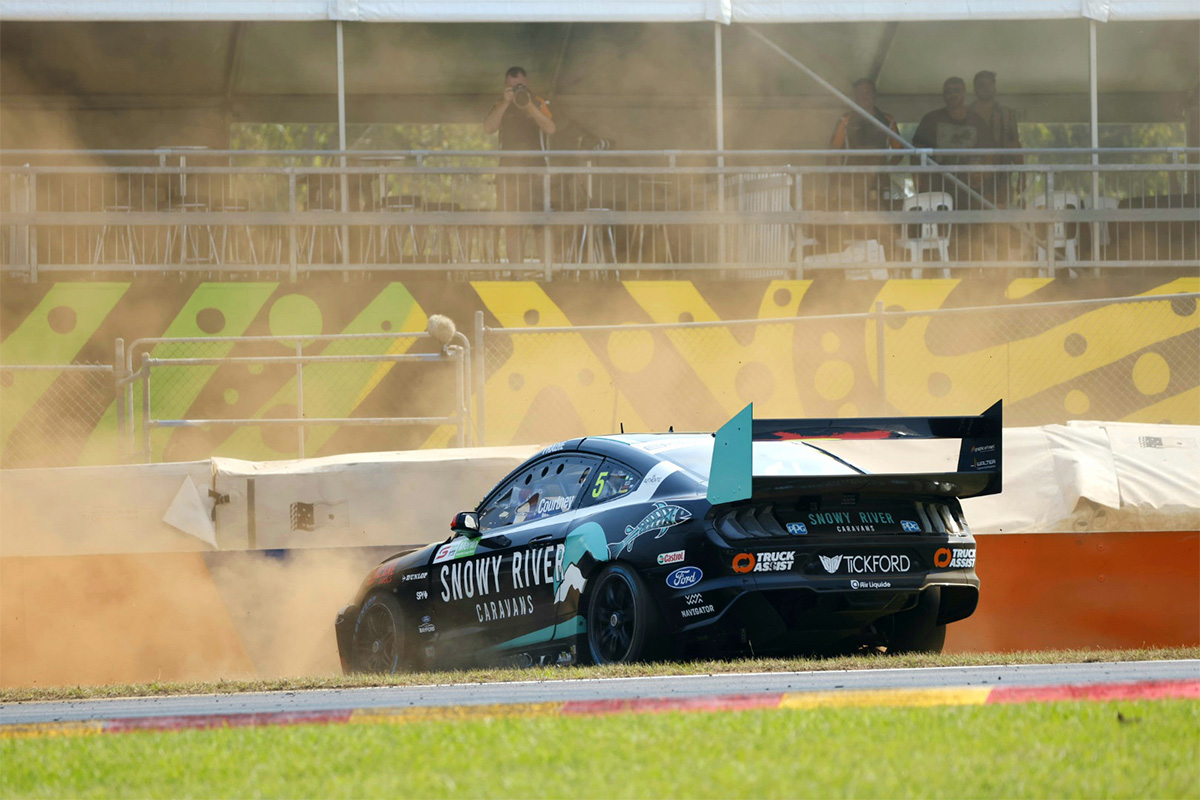 James Courtney’s Merlin Darwin Triple Crown preparations have been dented by a crash in Practice 2 this afternoon.

Courtney ploughed nose-first into the barriers with about 13 minutes of track time left in the day.

The Tickford Racing veteran was able to limp back to the pits, but not without visible front-end damage.

“As I got in, I just snagged the front-left corner,” Courtney explained.

“It’s just very unforgiving, there’s not a lot of run-off there. Disappointing.

“Bit of work for the guys tonight now but we’ll get the Snowy River thing shined up and go again tomorrow.”

The 41-year-old tumbled down to 24th on the leaderboard by session’s end, but had showed promising pace earlier in the day, finishing third in Practice 1.

“The speed was good, we had a bit of traffic and stuff throughout that session,” he added.

“We were about to pit then and put greens on and go, so disappointing.”

Hometown hero Bryce Fullwood had been caught out in opening practice, making less severe right-rear contract with the wall.

The Repco Supercars Championship field next hits the track at 11:45 local time/12:15 AEST for Qualifying for Race 16.