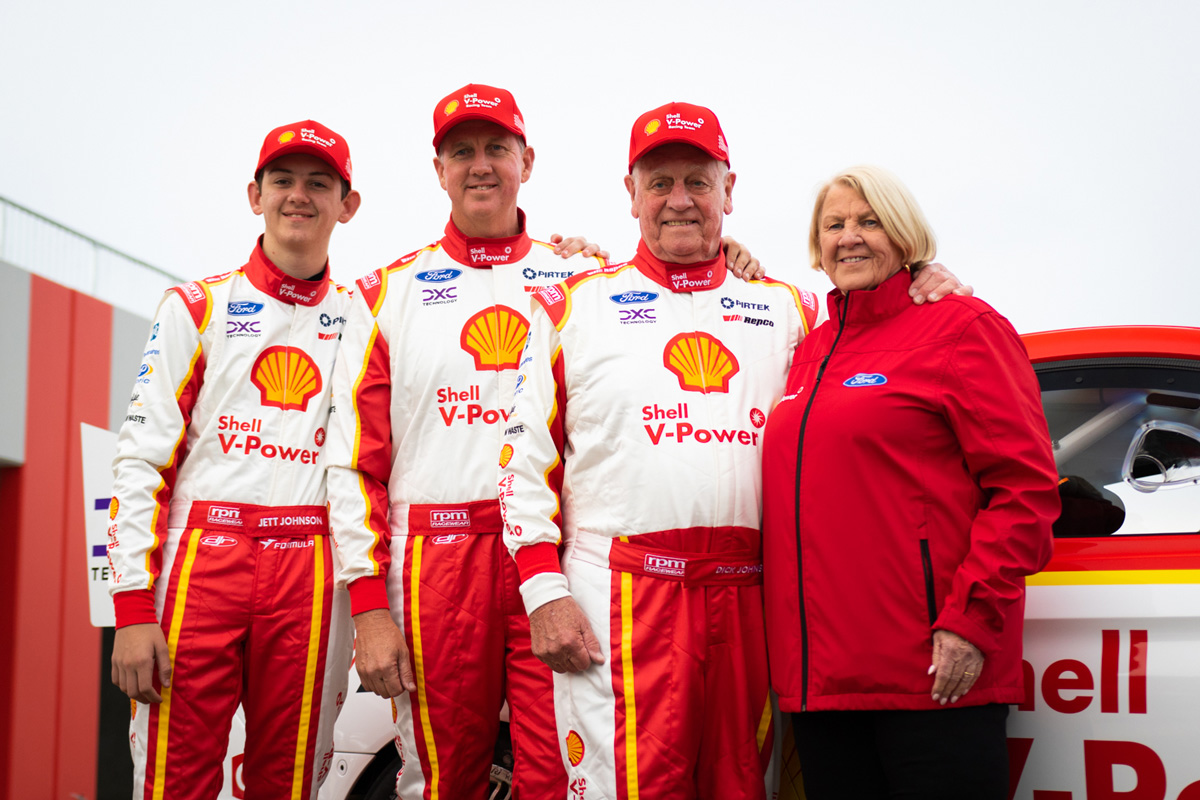 Steven Johnson is a changed man.

By his own admission, his weight yo-yoed during his professional racing career in the Supercars Championship, and had blown out in recent years.

But at age 47, Johnson is looking in tip-top shape having shed 30kg in roughly a six-month period.

Being able to fit in Will Davison’s race seat, minus the insert, at a recent Queensland Raceway outing alongside father Dick and son Jett was proof of just how far he has come.

“I just got to a point where a lot of people do, that they use a lot of things, whether it be work or whatever, as an excuse for not looking after yourself,” Johnson admitted to Speedcafe.com.

“A lot of people probably know that over my career I have been up and down a lot in weight and done certain diets and got down in weight and then put it back on, obviously not doing it the correct way.”

The catalyst for making sustainable change was daughter Lacey.

“She was starting to express a little bit of concern to [Steven’s wife] Bree about me and my weight,” he explained.

“Just doing stuff with Dad and not being as mobile and Dad getting tired all of the time and whatever else.

“It got to the point where it really started affecting me, that my daughter is worried that I’m not going to be around much longer.

“I wasn’t looking after myself, I was eating the wrong food and not doing any exercise. I think it is probably the right way to do it; no one forced me to do it apart from my own conscience of what my family was feeling.

“So instead of going on crash diets to lose weight, even though I have lost it quite quick, it’s more so I’ve done it so that it’s a manageable eating habit, and understanding certain foods and what I can and can’t eat.

“I didn’t have a goal as such, I still haven’t got a goal of where I’m going to stabilise at weight-wise, but up until this point I’ve lost about 30kg which is great.

“But I’ve not been focusing on that whereas in the past I would get on the scales every week and I’d see what I had dropped.

“Just little things too, not that I buy many clothes for myself, but you buy a 3XL shirt and it’s a bit deflating… but it was more so my daughter, she was really worried about me and wanted me to be healthier and be around longer and prioritise my health.

“So I embarked on a programme where I was exercising most mornings, even if it was just a walk and a run. When you’re 130-odd kilos, running doesn’t suit you, it’s hard on your body…

“Now my daughter is extremely proud of me, which makes me very happy.”

While Jett is rising up through the ranks, regularly racing in categories including the Turtle Wax Trans Am Series as well as recently partaking in a Shell V-Power Racing Team Supercars evaluation, Steven hopes his own period on the Touring Car Masters sidelines will be brief.

A sponsorship shortfall saw him miss the last round at Sydney Motorsport Park, as he and the family focus their resources on Jett’s budding career.

“Certainly the heart sank when TCM went out for their first practice session,” added Steven of SMP.

“I still love driving, I still really enjoy racing and driving and that competitive side of things and we’re still working really hard to try to find some sponsorship… but as I’ve said previously, my priority was to keep Jett going, which we have.”