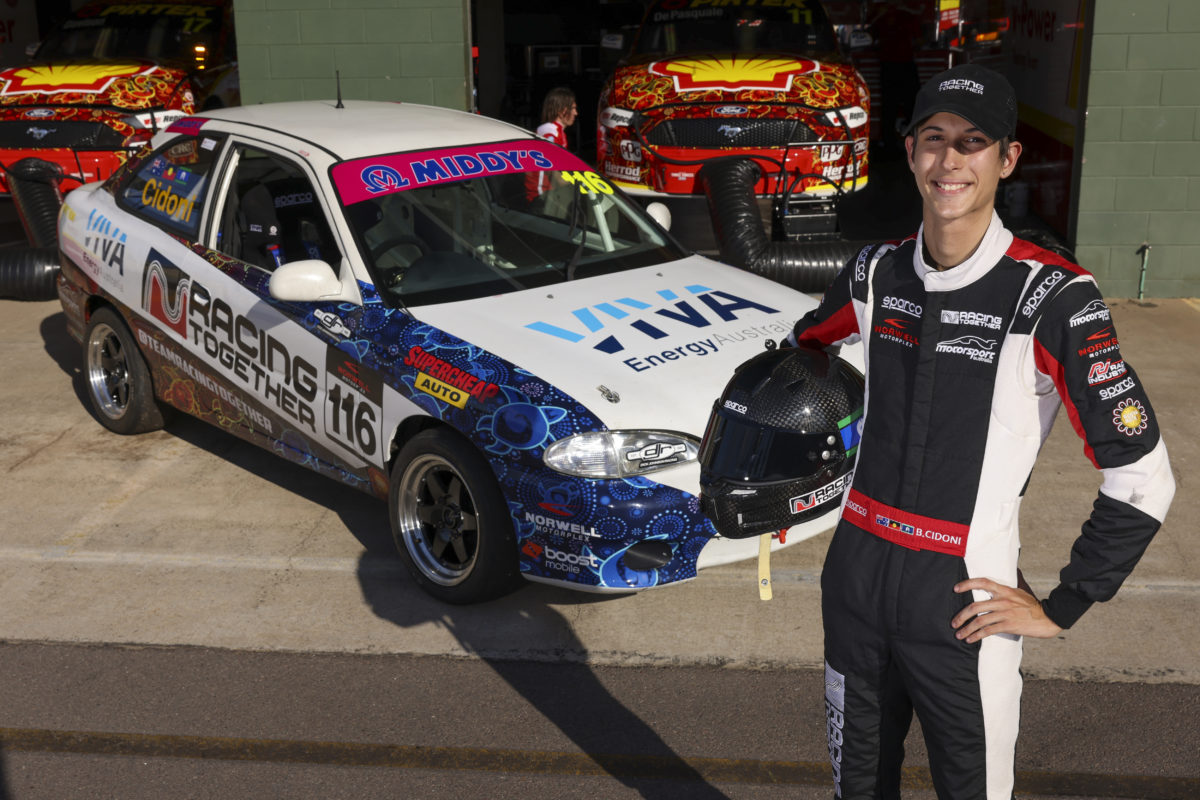 The Racing Together team comprised of Indigenous youth will once again compete at Supercars’ Merlin Darwin Triple Crown, this weekend.

Racing Together will field its Hyundai Excel in the Combined Sedans races which form part of the support bill at Hidden Valley, its second time at the event.

The entry is especially notable this time around considering the weekend will be Supercars’ first official Indigenous Round, which has seen every team in that championship adopt special liveries for the occasion.

Braedyn Cidoni, who will represent Racing Together along with its two mechanics in Darwin, is expecting a better showing than in 2021, given the experience accumulated in the programme since then.

“Last year was challenging, but I know my way around the Hidden Valley track now and we have much more experience with our car,” said the 18-year-old.

“I’m looking forward to a great weekend on and off the track.

“It will be great to be part of the Indigenous Round celebrations and show the Territory locals what Racing Together is all about.”

The programme is the brainchild of Motorsport Australia’s Garry Connelly and wife Monique, who recognised that there was extremely little Indigenous participation in the sport.

It has also been supported along the way by past and present Supercars team owners in Ryan Story, Roland Dane, and Paul Morris.

“The annual Indigenous Round in the Northern Territory provides a huge opportunity for us to showcase Racing Together to the national Supercars audience, as well as locals attending the event,” said Garry Connelly AM.

“We can’t wait to return for another warm Territory welcome, to be part of Supercars’ fantastic Merlin Darwin Triple Crown event and to show Indigenous young people what life-changing opportunities await them in the motorsport world.”

Combined Sedans has Practice and Qualifying tomorrow at Hidden Valley, with three races across Saturday and Sunday.