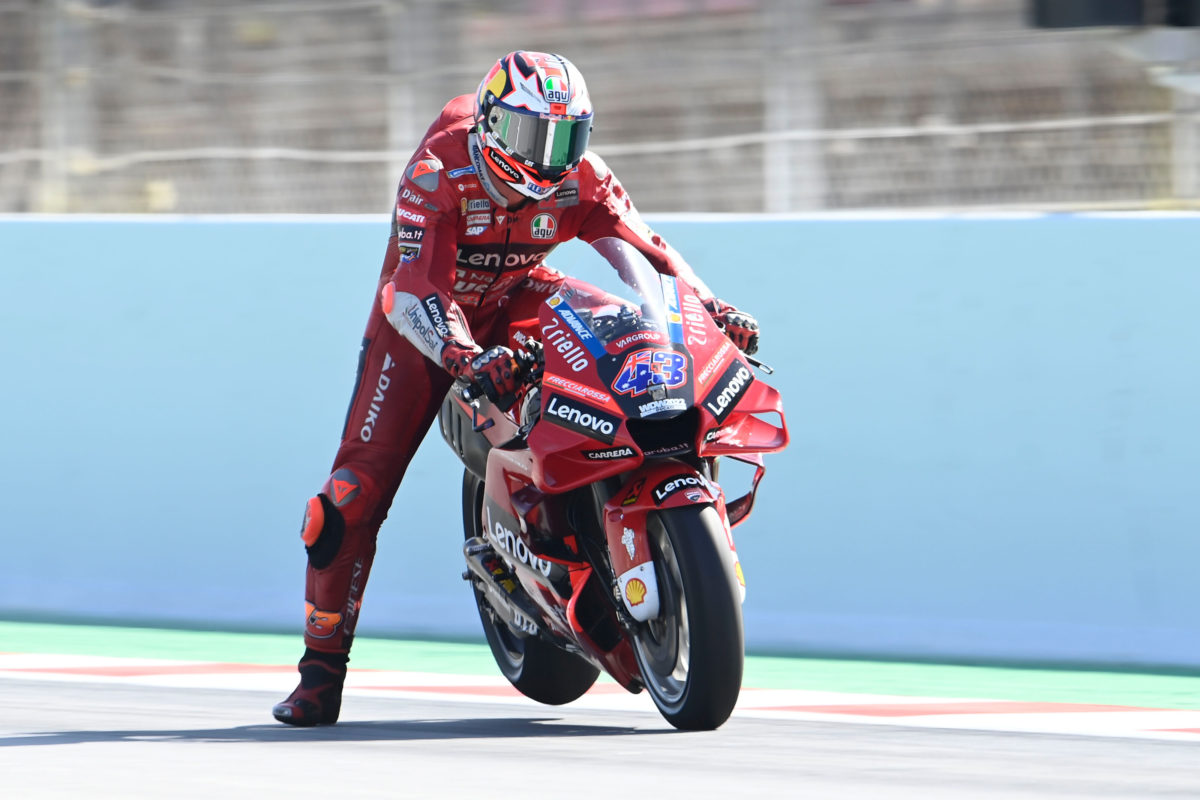 Jack Miller is aiming to redeem himself at this weekend’s German MotoGP round after a poor race last time out at Catalunya.

The factory Ducati rider qualified 11th for the Catalan Grand Prix and finished 14th, but had dropped as far back as 17th in the early stages of the 24-lapper.

It was a weekend which Miller described as predominantly “shithouse”, but now he is focused on the challenge of the Sachsenring.

“I’m happy to be back racing this weekend in Germany,” he said.

“After the last Grand Prix at Montmelo, I’m eager to get back on my Desmosedici GP and try to redeem myself.

“Sachsenring is a rather twisty and peculiar track, and it definitely won’t be an easy race, but, as always, I’ll give my best to try and get the best result.”

The latter slipped to 66 points behind leader Fabio Quartararo when he was taken out of the Catalan GP by Takaaki Nakagami as the Yamaha rider went on to win, and has the goal of cutting that deficit before MotoGP goes on its summer break.

“The German and Dutch GP, which we will be held next week at Assen, will be two significant rounds,” said Bagnaia.

“After the retirement in Barcelona, we now are 66 points behind Quartararo.

“It won’t be easy to catch up, but I will try to close the gap a little bit before the summer break.

“Right now, Fabio and the Yamaha are very strong, but we will work hard to get the best possible result on Sunday.”

The German round will be the first since Miller was confirmed as a Red Bull KTM Factory Racing rider from 2023, and thus represents his 11th-last event in Ducati Lenovo Team red.