IndyCar leader Ericsson not expecting number one status at Ganassi

IndyCar leader Ericsson not expecting number one status at Ganassi 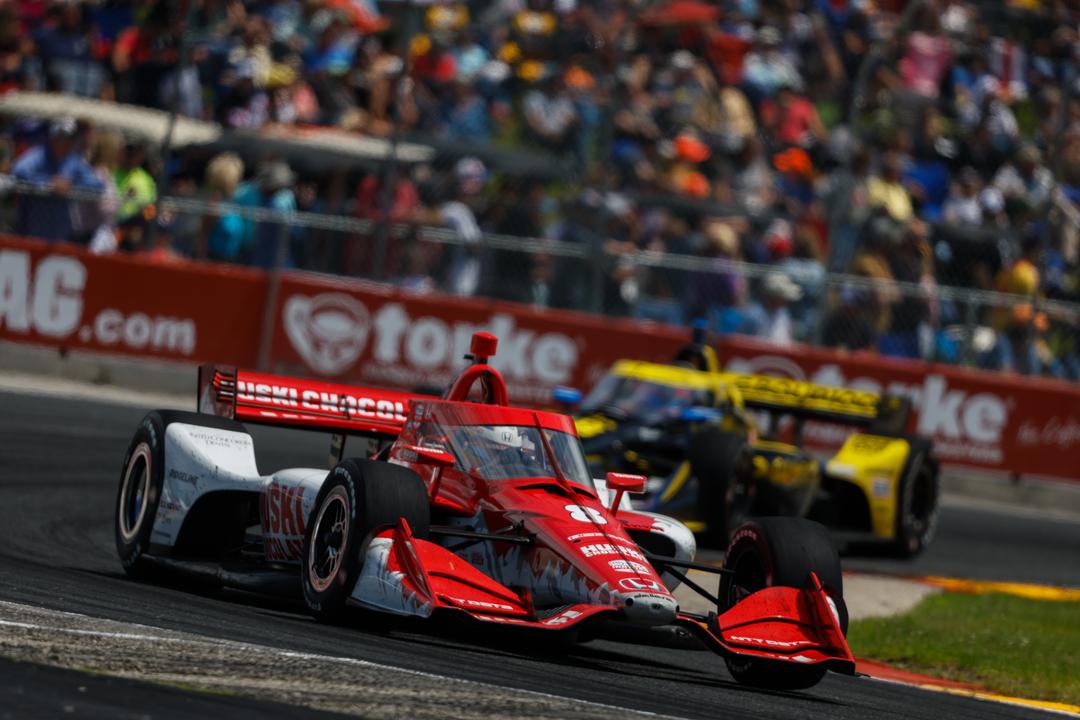 Marcus Ericsson does not believe he is going to be treated as Chip Ganassi Racing’s team leader despite sitting atop the IndyCar Series standings.

The Swede won the Indianapolis 500 and is now 27 points clear in the title race after finishing second last time out, at Road America.

Of his team-mates, 2021 champion Alex Palou, whose hopes of a good result at Elkhart Lake were ruined by early contact with Ericsson, is fifth at a further 20 points behind and Scott Dixon holds sixth spot.

In the other Ganassi seat, Jimmie Johnson, who is undertaking his first year as a full-time IndyCar driver, sits in 24th position on the table.

Asked about being team leader, Ericsson responded, “I think we’re all equal, to be honest.

“We have Scott Dixon – which is a legend, one of the best ever – obviously Alex, the defending champion, and Jimmie…

“The cool thing with Ganassi is we all get treated the same way, and I’m expecting that to continue.”

Ericsson qualified fourth and ran there until his Lap 4 move on Palou, when contact at Turn 5 broke a toe link on the latter’s #10 Honda.

He spent the next 49 laps in an effective third position, notwithstanding a slow pit stop when an air hose got snagged, before pouncing on Alexander Rossi when the race restarted for a final time with three laps to go.

Ericsson was in fact second in the series standings upon arrival at Road America, and reclaimed top spot in no small part due to the woes of Will Power.

The Team Penske driver, who had won a week earlier at Detroit, was punted into a wall by Devlin DeFrancesco, while another title threat in Pato O’Ward suffered an engine failure.

“I think we had a decent day in Detroit, but obviously it’s never nice to lose the lead,” said Ericsson.

“So that was one of the goals going to Road America, to regain that lead.

“Obviously Will and Pato and Alex, I think all three of them had bad days.

“That’s good for us, since they were the closest ones in the championship going in.”

The season continues at Mid-Ohio on July 1-3 (local time), with that race live and ad-free on Stan Sport.