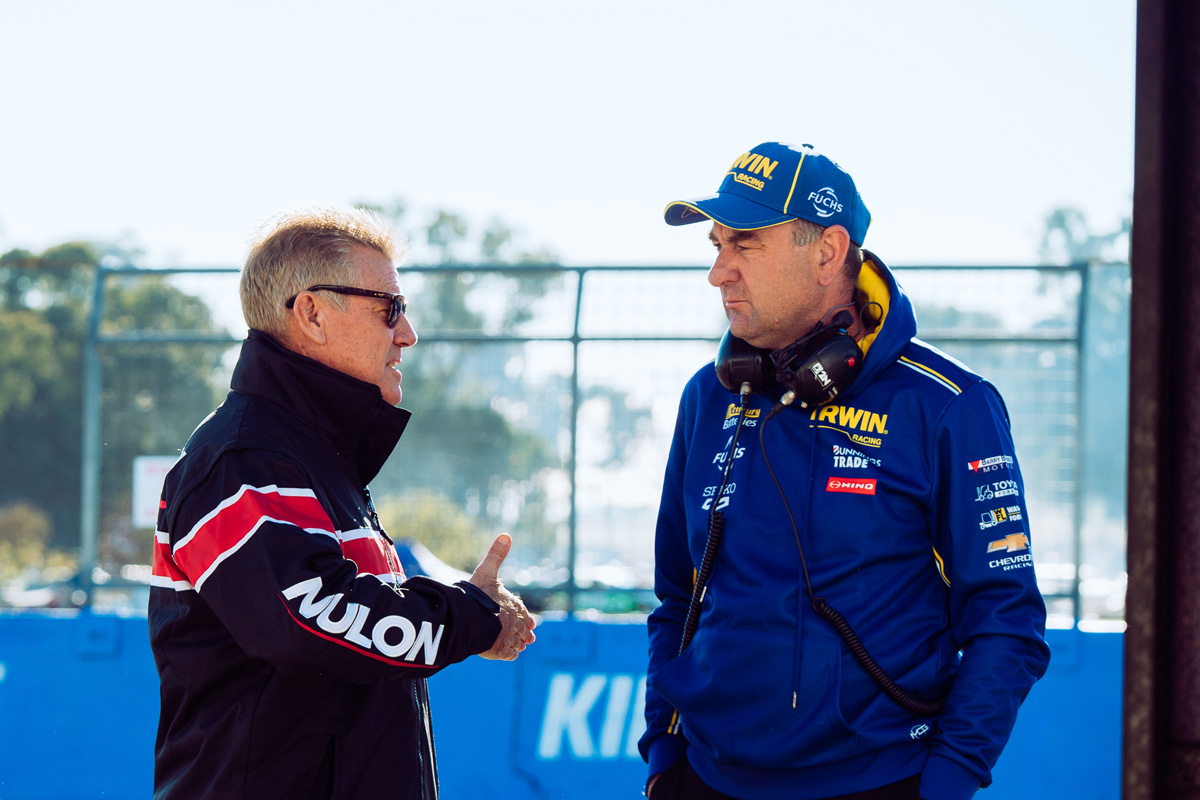 Long an underdog squad on the way up, Team 18 made a splash ahead of the 2019 Supercars season when it lured champion driver Mark Winterbottom from Tickford Racing among other key appointments.

By the combination’s third event, Winterbottom was on pole position.

Charlie Schwerkolt expanded to two cars for the following year and collected a trio of podiums at Hidden Valley Raceway courtesy of Scott Pye, as progress continued to shine.

But a plateau eventuated last year before, to put it bluntly, a step backwards in the opening five rounds of 2022.

Schwerkolt has taken action, appointing Bruin Beasley as team manager and Dennis Huijser as crew chief in a clear sign that the approach is not to simply hope for better fortunes when Gen3 arrives next year.

Beasley hailed the addition of his ex-Erebus Motorsport colleague Huijser.

“We need some good leadership on the floor in the workshop and he has so much knowledge not just about the crew side of it but the mechanics of the cars, so that has been our biggest change recently,” he told Speedcafe.com.

“It’s just basically a matter of getting the group working better together.

“I think there’s a bit of a lull that had been going on for a while so we have just been chipping away trying to get a better understanding of what the good parts are and what the bad parts are.

“I think over the next couple of rounds we’ll still be finding our feet, but we have got a pretty clear understanding now of what we need to do to do a better job.”

Bringing new eyes into the business has been a remedy for that so-called lull, Beasley believes.

“I think the morale from the guys is very good at the moment,” he said.

“I walked in fairly early one morning and they were already laughing and carrying on and having a great time. We have got them utilising the gym now, so we’re getting that team group working really well together.

“It actually was a good environment to walk into the other day… whereas before it was kind of flat. I described it as painting by numbers rather than being artists.

“We have still got a lot of work to do. We have got good people, we just need to understand their strengths and their weaknesses.

“There’s probably going to be some shuffling around a little bit as we go along but the biggest bonus at the moment is we have got a good group of people starting to work together in a harmonious way and it’s a fun place to be.”

Despite the site of this weekend’s action, Hidden Valley Raceway, being a happy hunting ground for Team 18, Beasley is cautious of talking a big game.

“The biggest problem we have is there’s that expectation that last year we were fast and we should be fast again this year,” he added.

“I think where we are at the moment, I don’t like that expectation; I’d rather go there as a bit of an underdog, to be fair.

“But the car speed will be there, the drivers are in a good headspace.

“We have definitely found the issue with Frosty’s car at Winton and at Darwin last year, we have 100 percent resolved that.

“I think there’s no reason why we can’t go there expecting a result, but we have just got to be honest with ourselves. We’re still in a bit of a transitional stage with myself and Dennis, so there’s an expectation but I’d like to err on the side of caution.”

Team 18 sits seventh in the teams’ championship, but just six points clear of Brad Jones Racing (Cars #8 and #14) and 34 ahead of Matt Stone Racing.