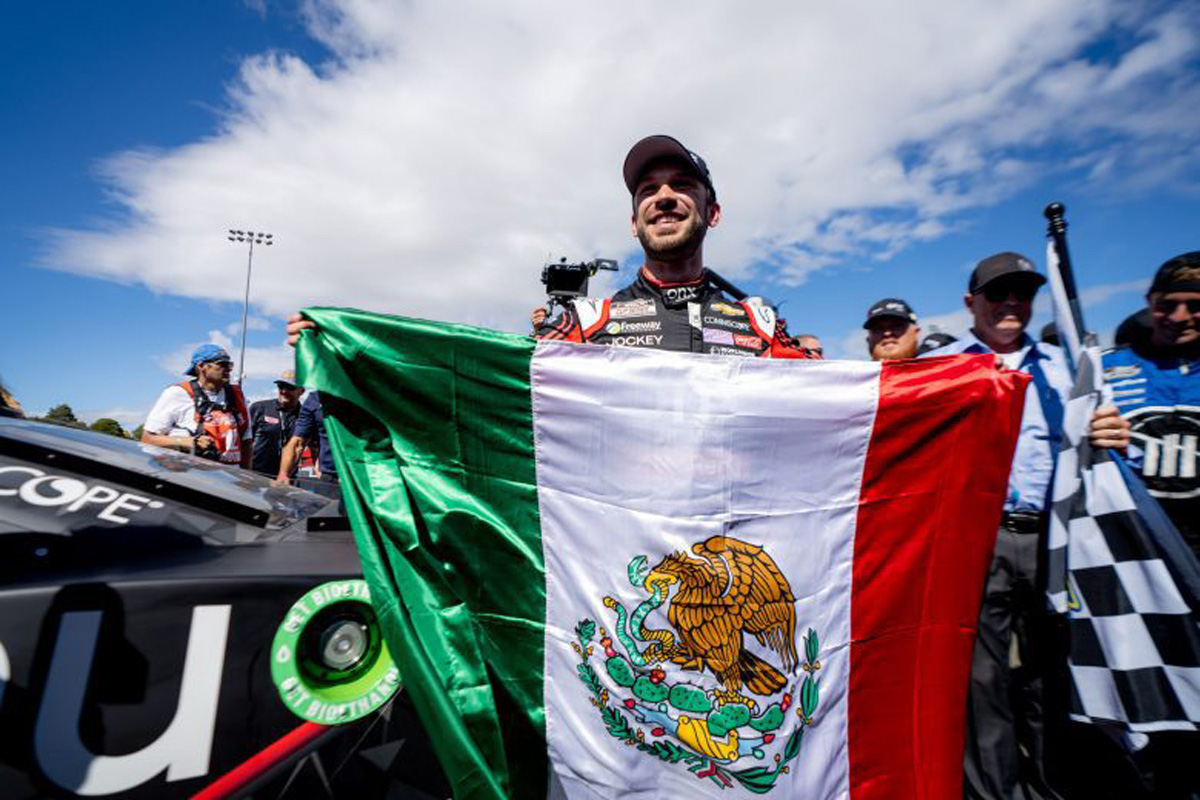 Daniel Suarez’s win at the weekend at Sonoma Raceway placed him in exclusive company in NASCAR’s history books.

The Mexican became just the fifth driver born outside of the United States to win a Cup Series race in the competition’s long history.

Suarez cut an emotional figure upon achieving the feat, in what is his sixth full season at the top level.

Among the quintet he’s now a part of are some iconic names: Mario Andretti, Juan Pablo Montoya, and Marcos Ambrose, plus Earl Ross.

Ambrose had been the most recent addition to the club, winning races at Watkins Glen in 2011 and 2012, in the climax to the Australian’s move Stateside.

That of course came after he’d become a two-time Supercars champion, entrenching himself as a Ford hero as he and his Stone Brothers Racing squad ended the Holden Racing Team’s run of five successive titles.

Italian-born Andretti is one of the most famous figures in world motorsport, also winning Formula 1 and IndyCar championships.

He was the first non-American to win in the Cup Series, his success coming at the flagship event: the Daytona 500, in 1967.

Ross was next, the Canadian winning at Martinsville Speedway in 1974.

And then there was Montoya, a sensation who won the 2000 Indianapolis 500 on debut and an F1 grand prix as a rookie the following year at Williams.

The Colombian spent five years full-time in NASCAR, surging to the top step of the podium in his first season (2007) at Sonoma with Chip Ganassi Racing, before winning again at Watkins Glen in 2010.

No international has ever won more than two top-flight NASCAR races – something which Suarez can now target as he looks to a bright future with Trackhouse Racing.

“I will say with Trackhouse it just felt very good since the beginning,” he said of the Justin Marks-led team.

“I felt support and trust honestly like I have never felt before in the Cup Series, so it was pretty amazing.”

“This is my home, I’m not going anywhere,” he added.

NASCAR now has a rare weekend off, with Nashville Superspeedway next up on June 26 (local time).