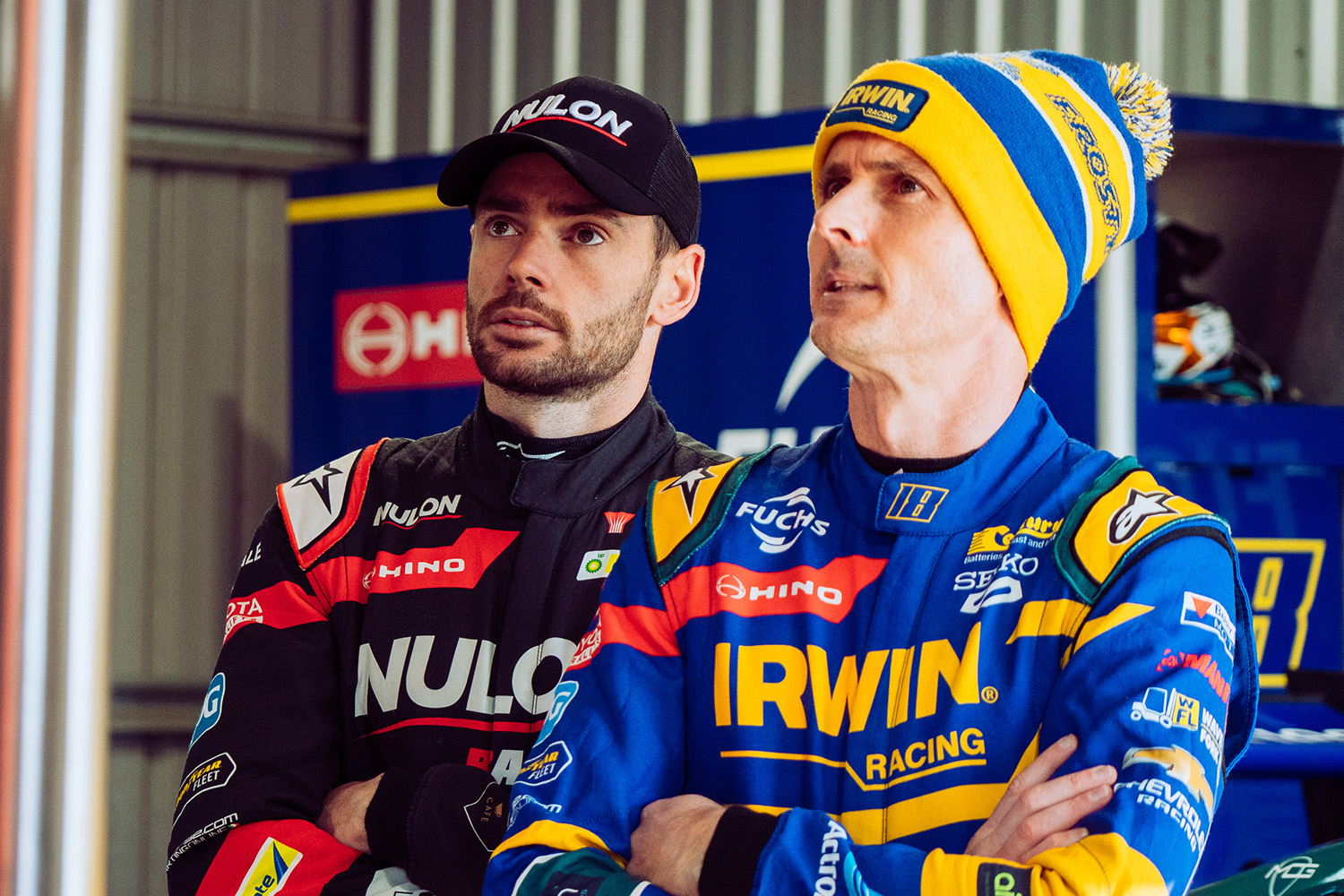 When Team 18 heads to Hidden Valley Raceway for the Merlin Darwin Triple Crown this weekend, there’ll be an air of expectation for Mark Winterbottom and Scott Pye.

The squad showed front-running pace last time out on the 2.9km track, the pair putting the #18 and #20 on the first and second row of the grid respectively for the opening account.

However, Winterbottom would be dogged by an electrical gremlin while Pye would add salt to the wounds with a clumsy clash at the first turn.

Although they had pace aplenty, both would walk away from the weekend with little to show for it.

For Team 18 boss Charlie Schwerkolt, it’s a case of unfinished business upon returning to the Northern Territory.

“Darwin has been a happy hunting ground for us,” Schwerkolt told Speedcafe.com.

“We’ve got podiums there before and last year was a standout in qualifying.

“Frosty was on the front row of the grid and unfortunately we had an electrical gremlin and then Scotty was involved in turning a few people around. It didn’t end well, but I think going into this Darwin, I think we’ll be in good shape, I really do.

“You create your own luck and we didn’t create that there. So we’ve got to be better and execute and finish the job. Gosh, if we can come home with a podium, yeah, I’ll be super pumped.”

Despite a tough start to 2022, Schwerkolt is still optimistic heading into the midway point of the Repco Supercars Championship.

Winterbottom finds himself 14th in the drivers’ championship while Pye is even further back in 18th.

A heavy crash in Race 11 would result in significant damage to the #20 Holden ZB Commodore, Pye a non-starter for Race 12 that followed.

Winterbottom hasn’t been bogged down nearly as much, but a strange electrical issue in Race 13 at Winton relegated him to last in the early going.

To remedy its woes, Team 18 enlisted the help of Triple Eight Race Engineering.

“We’ve found some issues. I can’t say what they are, but we’ve some found some stuff and with the help of really some really good quality people here.

“We’ve got them sorted, we’ve engaged Triple Eight heavily on the electrical side and we found a few little things.

“Half the car we sent off to Brisbane to make sure we’re not going to have those problems. We found a couple of things that were very rare, little things creating some electrical resistance in the car. We’re very confident our mechanical issues, and little gremlins will be sorted.

“It hasn’t been the best start to the year,” he added.

“We’ve changed a lot in the team and an enormous amount to fix these things up with the help of lots of people, new staff, new leadership, so I’m really excited to get to Darwin and see what we’ve got.

“Everyone’s improved though, over the year, and we’re probably still catching up from when we were. If we can qualify on the first two or three rows, I’ll be really happy and just finish, reliability, get some consistency and really start to build and make it all work. So I think the guys will be quick there. Once we qualify well, I think we’ll go okay.”

Both liveries for the Irwin Racing and Nulon Racing entries have been revealed for what is the official Supercars Indigenous Round.