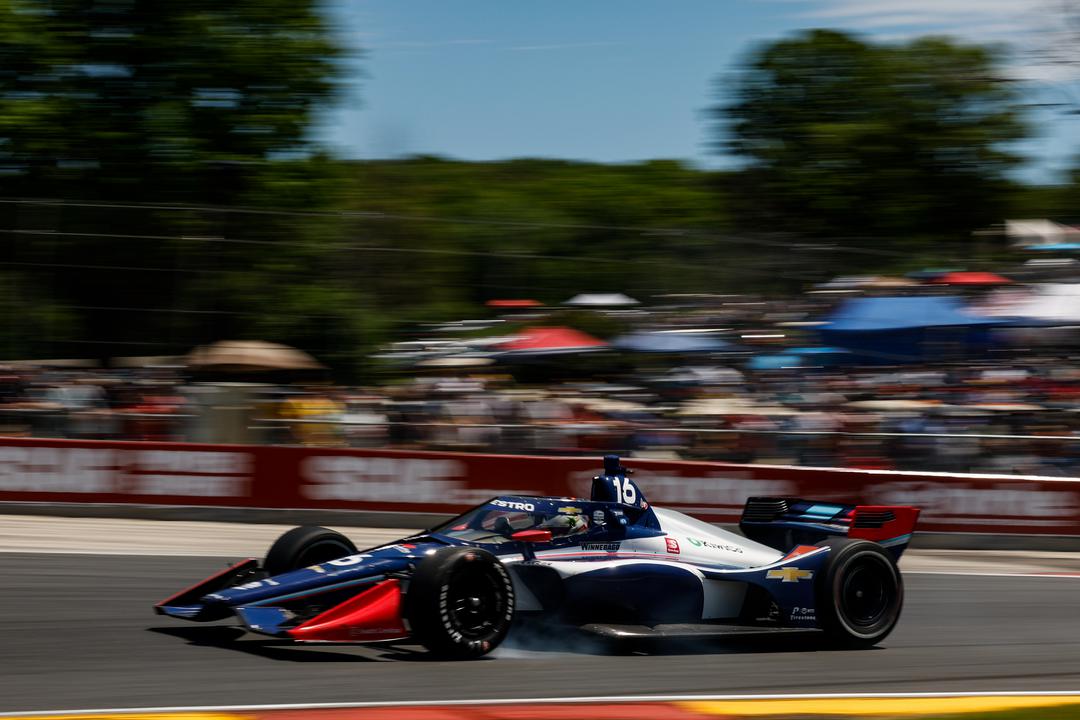 Simona De Silvestro has been left buoyed by the way she finished her comeback weekend in the IndyCar Series.

The Swiss driver returned to the category at Road America for her first of three starts this year with Paretta Autosport, finishing on the lead lap in 21st position after starting dead last in the 27-car field.

De Silvestro also contested an IndyCar event last year, when she drove in the Indianapolis 500, and on that occasion she was also fielded by the Beth Paretta-owned team.

However, the latest outing at Elkhart Lake was her first in the competition at a non-oval circuit in more than seven years.

She had hoped that the extent of change in the cars since then would help with getting up to speed, given she would effectively have a “blank sheet”, but then found qualifying to be a “terrible” experience due to difficulty extracting the most from the tyres.

Come race day, however, the 33-year-old crept up the order and, pit stop cycles aside, was as high as a genuine 20th, at the final restart.

“I think it was really important to finish this race,” said De Silvestro.

“We had so much going on with me getting back in the car, getting to know the team again and working with my engineer.

“But, we finished and I think we can be pretty happy because things started to come together at the end.

“It’s something to build on.”

Paretta is competing in an alliance with Ed Carpenter Racing this time around, and it was thus a pseudo team-mate in Rinus VeeKay who passed her with three laps to go.

For reference, Conor Daly was ECR’s best as he finished 14th in the #20 Chevrolet, with VeeKay climbing to 17th in the closing stages in Car #21.

De Silvestro will also be in action in the next IndyCar race, which takes place at Mid-Ohio on the weekend of Jul 1-3 (local time), and can be seen live and ad-free on Stan Sport.