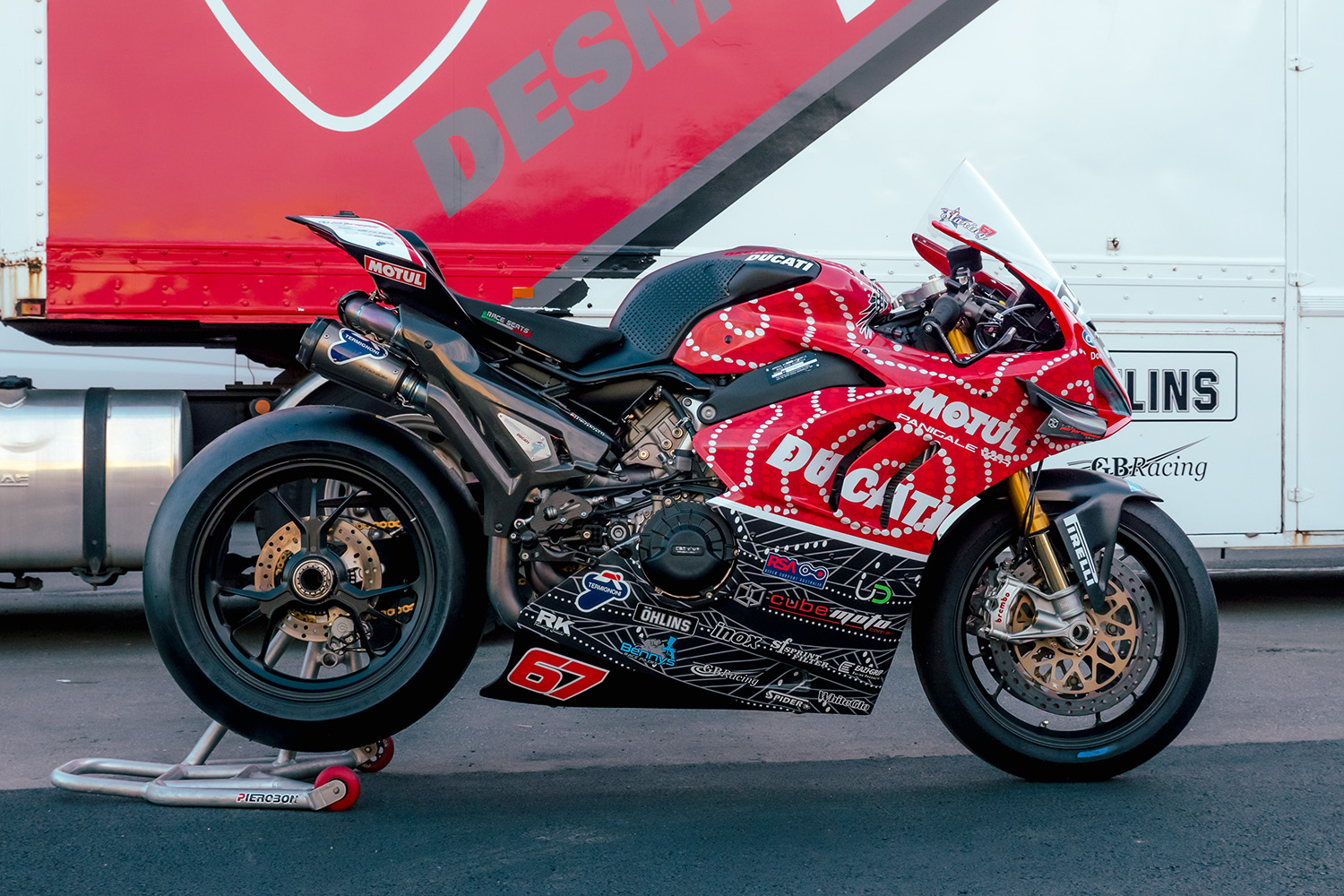 The DesmoSport Ducati Panigale V4 R in its new livery

DesmoSport Ducati has joined in the celebrations ahead of this weekend’s inaugural Supercars Indigenous Round with its own special livery.

The livery is the work of Gold Coast-based artist Luther Cora, bringing together elements of the Yugambeh language region.

“When the opportunity came up to run an indigenous-themed livery on the bike, it wasn’t even a question for Troy and I, but we really wanted to have something that connected back to the team and represented where we are based,” said team boss Ben Henry.

“We met Luther through the Jellurgal Aboriginal Cultural Centre just down the road from us here in Burleigh Heads, and straight away he had some ideas of how to bring some of the stories of the Yugambeh Language Region to life on the Panigale V4 R.”

Cora added, “I’m happy that the team wanted to represent our area in this way and to have my artwork on the bike.

“All the songs, the stories, the designs, it belongs to every Australian and it’s something for us all to embrace and be proud of together.

“The design that I’ve done here, the dots represent coming together. The area where the Gold Coast airport sits was a big meeting ground where many tribes would come together.

“The design towards the bottom represents the salt water, the rivers and waterways. There’s five rivers in this area that are important to our family groups, the Yugambeh Language group, from the Tweed River to the Logan River and out to the Beaudesert area.

“On top of the bike is our totem, the eagle, named Mibin. He’s very important to our family, like a brother to us. Together, this really represents my family, and represents the Gold Coast area.”

This weekend marks Round 4 of the Australian Superbike Championship.