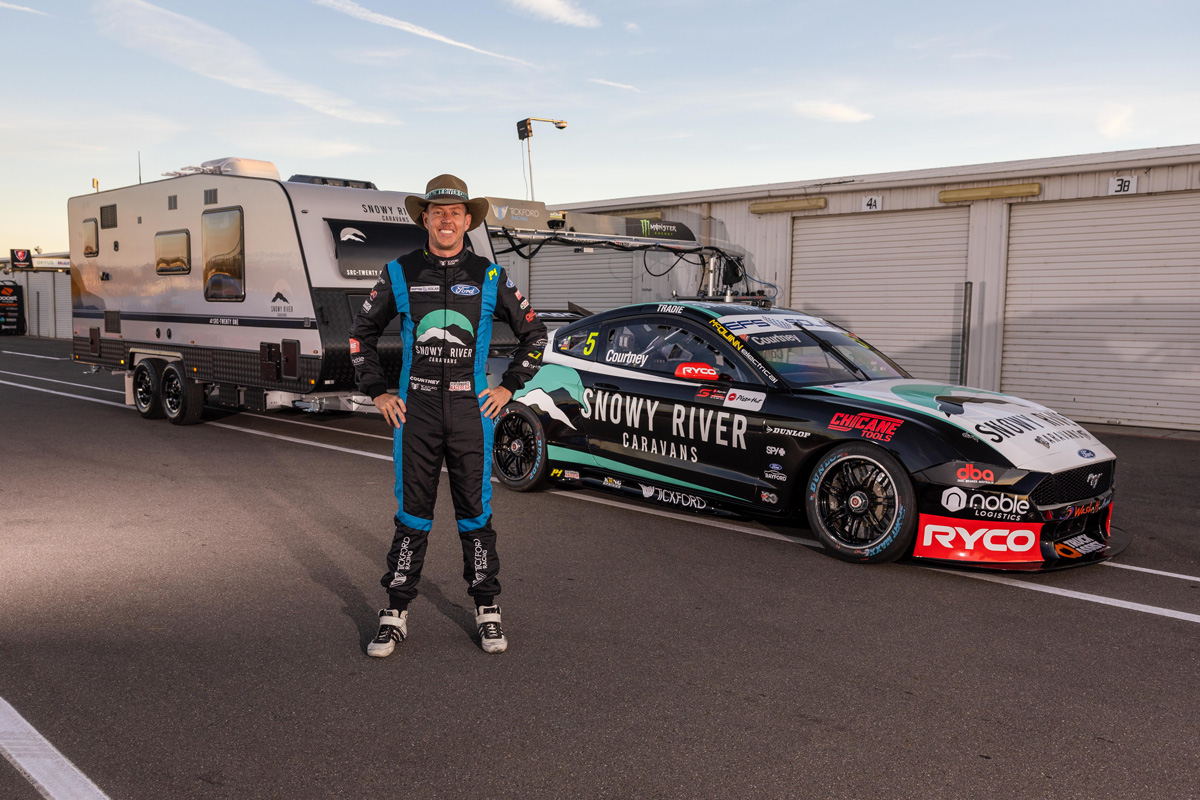 James Courtney will continue to be backed by Snowy River Caravans for a further two Repco Supercars Championship events.

The company was welcomed into the sport with a podium at its debut event, when Courtney finished second in Race 12 of the season at Wanneroo Raceway.

Winton proved far more testing, but the scene of this weekend’s action – Hidden Valley Raceway – is where the Gold Coaster took his first Tickford Racing podium two years ago.

The relationship, as it stands, will carry through to next month’s NTI Townsville 500 and includes an added perk whereby Courtney and his family will receive a Snowy River SRC-22F caravan for the roadtrip north.

“It’s fantastic to have the continued support of Snowy River Caravans in Darwin and Townsville,” said the 2010 champion, who turns 42 later this month.

“To have a new brand come into the sport and see their enthusiasm for being part of the team has been really cool.

“Obviously standing on the podium in Perth was an amazing start to our relationship and hopefully we’ll have more of that heading north the next couple of rounds.

“The team at Snowy River Caravans are also building me an SRC-22F to take the family up to Townsville in, which is going to be a blast.

“The kids may not love the idea of sitting next to each other for that long, but we’ll hit some really cool stops along the way and of course live out of the SRC-22F which has literally everything we need, so we’re really looking forward to it.”

Courtney holds 10th in the standings, and Tickford enters Darwin with momentum on its side after Cameron Waters’ double dose of victory at Winton.

The Ford squad has thus far only revealed one of its five liveries for Supercars’ Indigenous Round, that being the #55 Castrol Mustang of Thomas Randle.