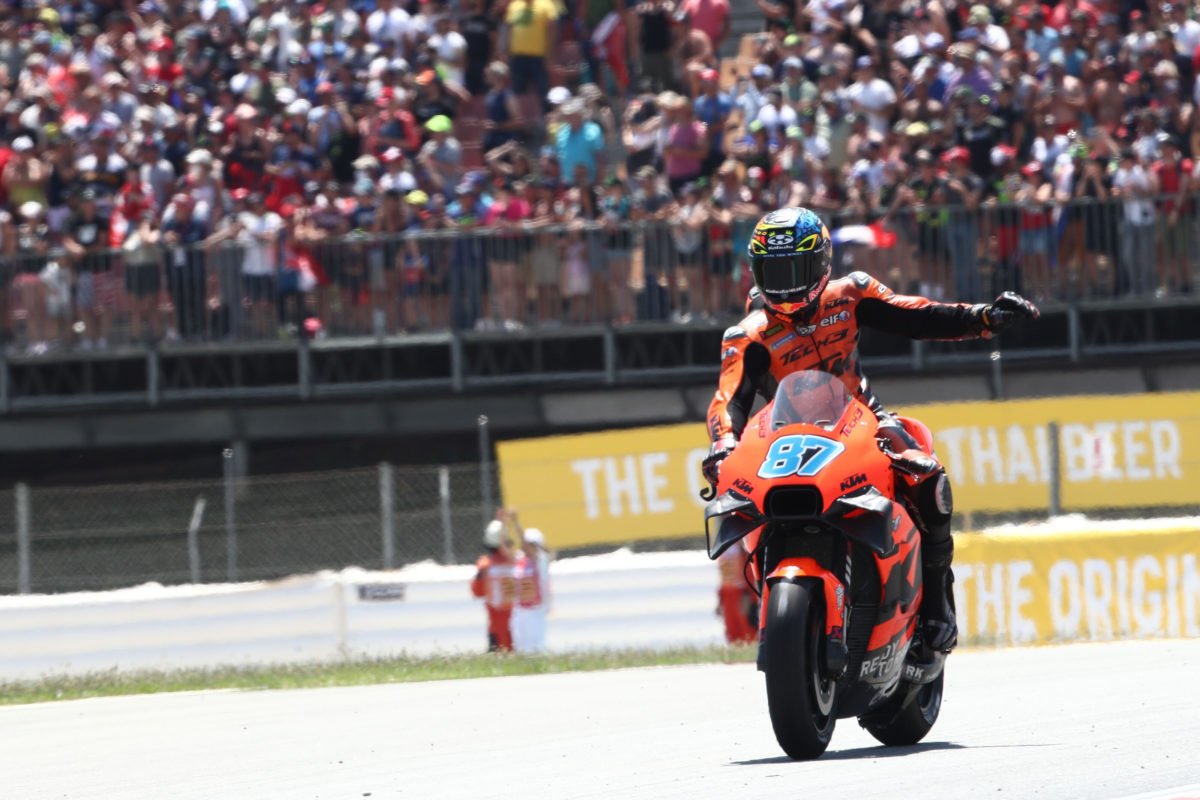 Remy Gardner says that he and Tech3 KTM have “found better directions” ahead of this weekend’s German MotoGP round.

The Australian achieved a new career-best when he finished 11th in the most recent race of the season, at Catalunya.

That was also where team-mate Raul Fernandez scored his first premier class point by taking the chequered flag in 15th, before the post-race test on the following day.

It is that Monday outing which has Gardner, who has had a tough initiation to MotoGP, up on confidence for the Sachsenring this weekend the Dutch TT which follows at Assen.

“I am looking forward to heading to Sachsenring where I had a lot of success last season,” he noted, having won the Moto2 race in Germany on his way to collecting the 2021 championship title.

“We had a positive test day in Catalunya and it looks like we found better directions to take for the next couple of races.

“The target will be to score points again, so let’s see what we can do this week.”

Tech3 KTM Factory Racing team manager Herve Poncharal is typically enthusiastic about the round ahead.

“After a constructive weekend in Catalunya and a very positive test on Monday, the Tech3 KTM Factory Racing team is heading to Germany full of confidence,” he declared.

“Both Remy Gardner and Raul Fernandez had a strong race at the last Grand Prix and it was the first race at the end of which we got points from both riders, which is our best result of the season so far.

“Our rookies are not really rookies anymore and this result came at the right time because the transfer market is booming right now.

“We really believe that both will be able to start the action on Friday in the same positive dynamic as in Catalunya, and I am hoping that we will be competitive and score points again.”

Gardner’s eight points have him 23rd in the championship, although at the bottom of a three-way tie.