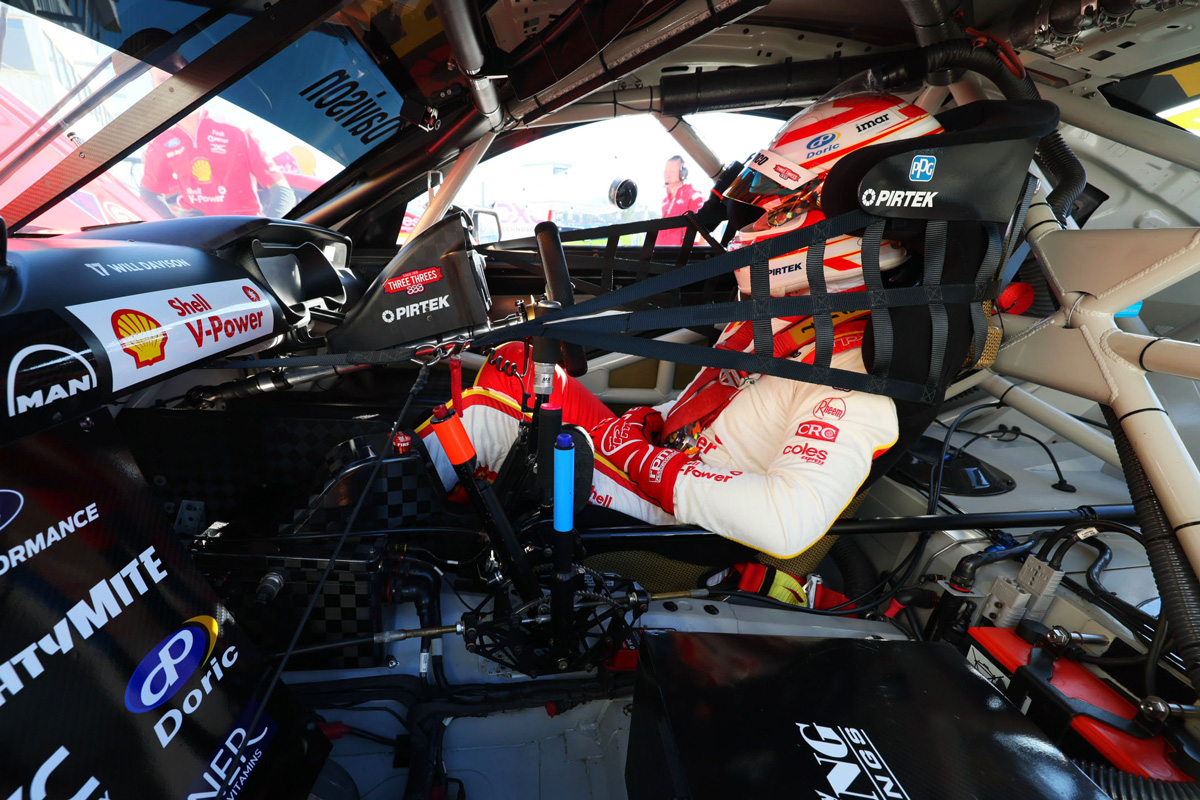 Will Davison will join Supercars’ exclusive 500 club when the championship races this Saturday at the Merlin Darwin Triple Crown.

Davison made his debut for Team Dynamik in 2004 at Winton Motor Raceway and has since collected 23 pole positions and 20 race wins in the main game.

He’s now in the second year of his second stint at the Shell V-Power Racing Team, and admitted start number 500 had crept up on him.

“It’s incredible that it’s come upon me so quick,” said the #17 Ford driver.

“It’s been a wild journey and certainly an incredible ride, so I feel really fortunate, incredibly grateful that I’m still here after all these years, but to be honest I’m not too fixated on the race numbers, just focused on race results.

“Really that’s all that matters to me, but certainly proud to still be here after all these years.

“Feeling young, feeling fresh, and looking forward to many more.”

The Stapylton squad experienced a lull at the most recent round at Winton – neither Davison nor team-mate Anton De Pasquale managing better than eighth in any race – but expectations are higher at a Hidden Valley circuit where it took a clean sweep of pole positions last year.

“Ultimately for us we’re very focused on getting results, bouncing back from a difficult Winton weekend,” added Davison.

“It has fond memories from last year; 12 months ago we weren’t quite on the top step of the podium but we locked out all three pole positions as a team and certainly brought some silverware home, so certainly focused on a massive weekend.”

Davison is fourth in the 2022 championship, two places behind De Pasquale. Tickford Racing’s Cameron Waters is sandwiched between the pair in third, while Shane van Gisbergen of Red Bull Ampol Racing leads the way.

Practice at the Merlin Darwin Triple Crown starts on Friday ahead of three races across the weekend, the first of which is the milestone occasion for Davison.