Boys in, Maxwell out for Darwin S5000

Boys in, Maxwell out for Darwin S5000 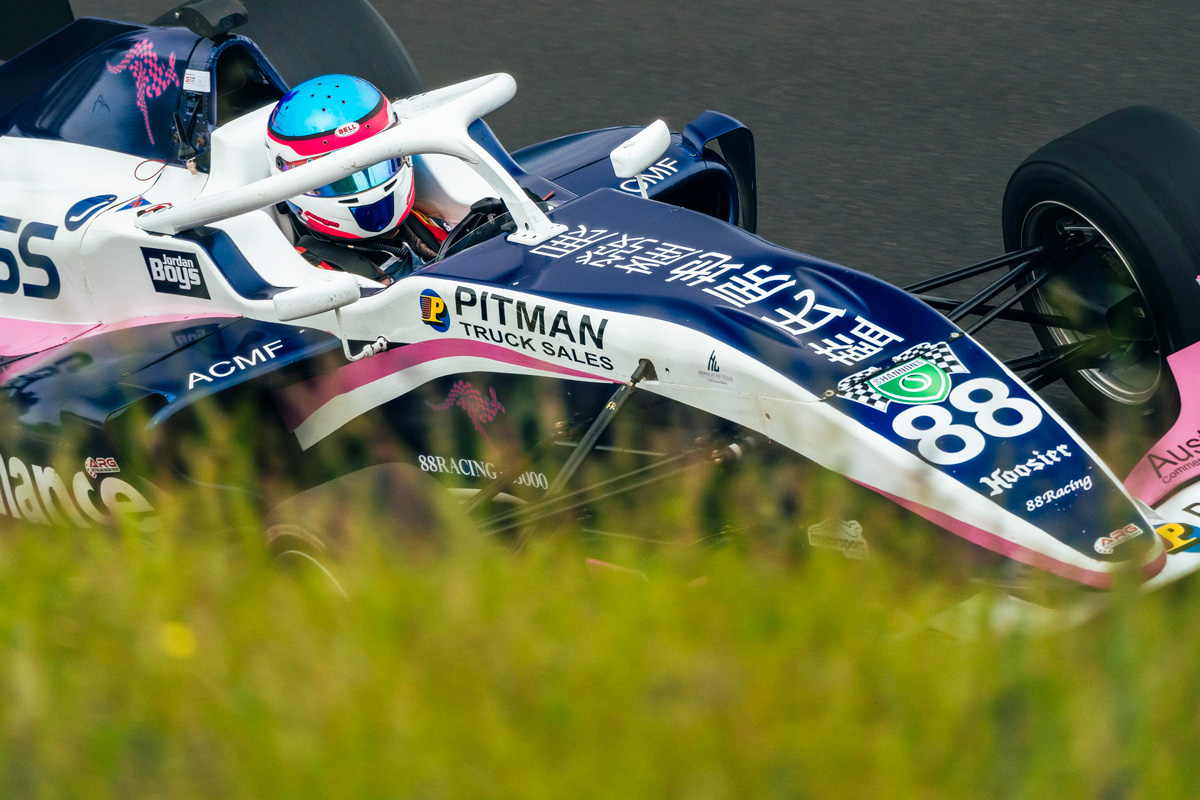 Jordan Boys will return to the open-wheel scene this weekend as a late replacement for Thomas Maxwell at Versa Motorsport.

Maxwell, who is in the midst of a promising rookie Super2 Series campaign, was due to make his S5000 Australian Drivers’ Championship debut at Darwin.

However, Speedcafe.com understands a licencing issue threw up a curveball, leaving Versa to link with Boys.

Boys last year competed in S5000 with 88 Racing and is coming off his solo Supercars Championship debut at Winton Motor Raceway last month.

The chance to cut laps at Hidden Valley Raceway for the first time was an attractive proposition for the Albury product.

“It’s one of the tracks in Australia that I haven’t been to yet so I’ve always sort of wanted to go,” Boys told Speedcafe.com.

“I’ve raced go-karts at the facility sort of across the road there many years ago now. But yeah, I just wanted to experience Darwin, so excited to be able to have a crack at it.

“That was my main reasoning for wanting to do it.”

“I’m kind of looking forward to having some team-mates to bounce a bit of stuff off,” he said.

“Whenever I have been driving those cars before, it was kind of in an environment where we were kind of flying blind a little bit.

“It will be cool to jump back in now that these guys have done a fair bit of homework over the early part of this year with running multiple cars and that kind of thing and having a big crack at being competitive.

“So I’m looking forward to seeing where they have headed with the cars.

“Obviously it will be tough, I haven’t driven one since Bathurst last year, but that will be what it will be, and just keen to see what I can do in it.”

The outing will at least give the 24-year-old some seat time as he awaits the second of his two Supercars wildcards with Image Racing/Erebus Motorsport, which will come at The Bend Motorsport Park on July 29-31.

“Definitely. It’s hard having such big gaps in between racing and this weekend will probably help that a little bit for me, but definitely keen to get back into the car to do some testing and get it happening for Tailem Bend,” he said.

Boys finished on the lead lap in all three main game races at Winton, with results of 25th, 25th and 24th.