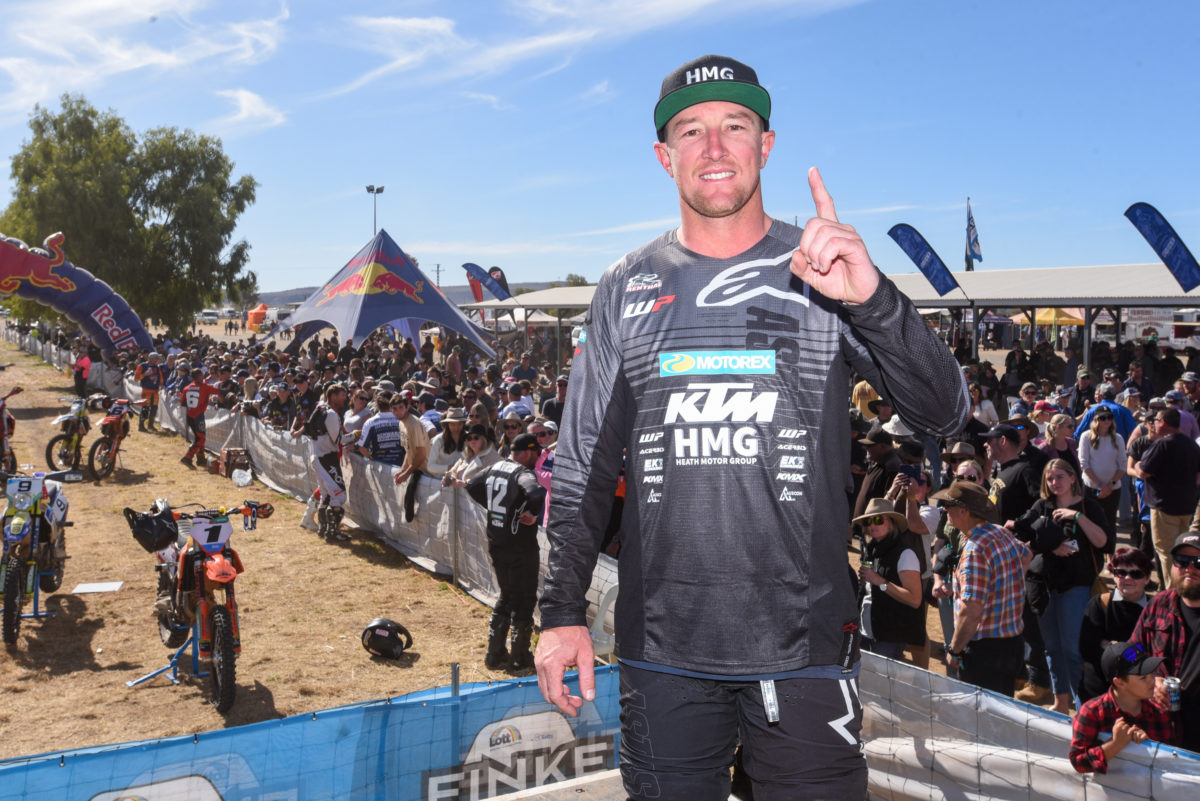 As six-time Bikes winner Toby Price did on four wheels earlier in the day, Walsh beat the existing race record time on the way to being crowned King of the Desert yet again in the famous ‘there and back’ event.

In fact, it was Price’s record on a motorcycle which the Alice Springs local bettered, by a massive 11 minutes on his KTM, and his own 2019 race-winning time by almost 21 minutes.

“I’m speechless,” said Walsh, whose wife is due to give birth tomorrow, in parc ferme back in the Alice.

“The whole way home I just kept telling myself to shut up and look at the track because there was still some nasty stuff out there. You only win if you cross the line.

“I’m looking forward to having a beer with family, kicking back and bringing on this new baby.”

The podium positions were unchanged relative to how they arrived at Aputula (Finke), with Jacob Smith finishing 2:24s behind and fellow Husqvarna rider Jack Simpson just 43.4s further back.