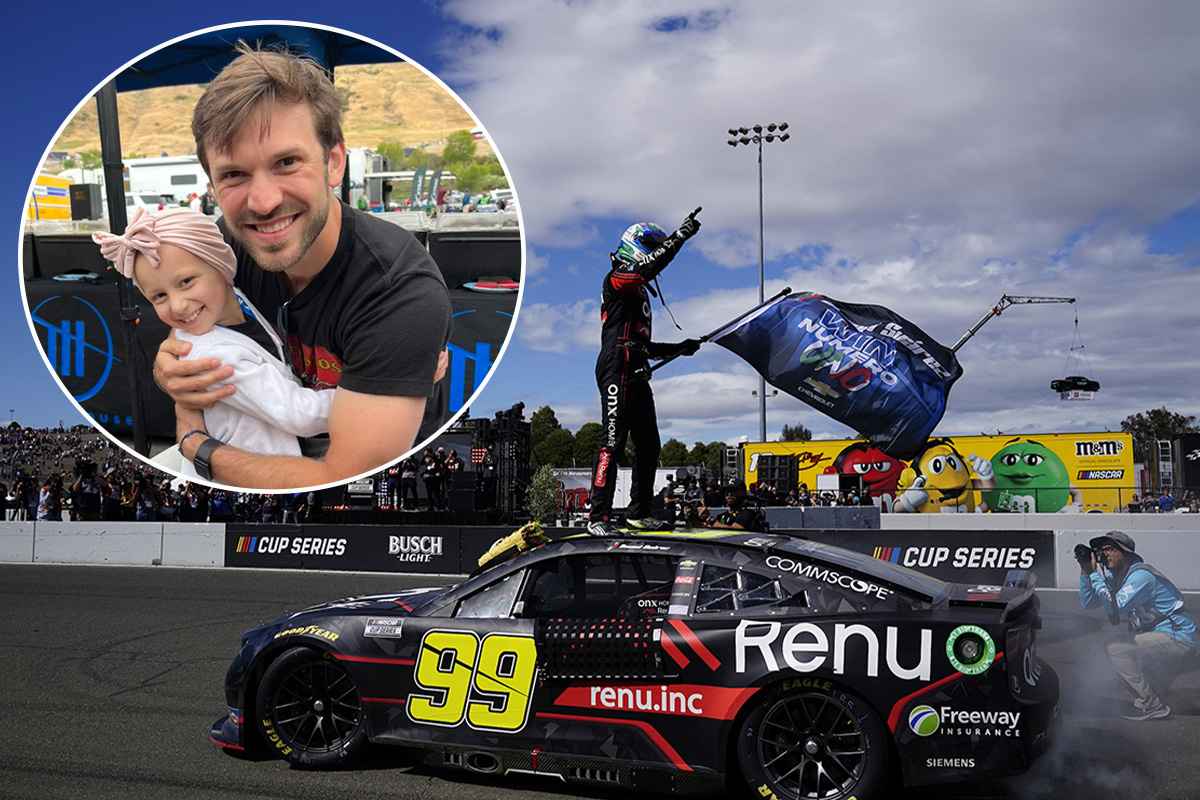 Daniel Suarez has broken through for his first ever NASCAR Cup Series victory at Sonoma Raceway, beating Chris Buescher and Michael McDowell to the win.

After starting in eighth place, Suarez ran up front for most of the race, before taking the lead in the final stage, and has become the fifth different non-American driver to win a race in the NASCAR Cup Series.

The day started off perfectly for Team Hendrick, starting on the pole with Kyle Larson and leading the first 52 laps of the race.

Team Hendrick became the first-ever team to lead 100,000 miles in the Cup Series, adding to their milestone year.

Kyle Larson won Stage 1 with Joey Logano playing the strategy card to win Stage 2 with the only casualty being Bubba Wallace who blew an engine on Lap 10 of the race.

After the pit stop cycle in Stage 3, Larson’s #5 Hendrick car lost a right-front wheel which brought out the Caution, and meant his crew chief and right-front tyre changers will serve a four-week suspension due to the incident.

Suarez was able to take the lead and fend off Buescher, whose previous race in his #17 Mustang saw him on his roof at Charlotte Motor Speedway after hitting Suarez’s spinning #99 machine.

The entire weekend for Suarez came together, with his ‘Daniel’s Amigo’s’ fan club sitting up at Turn 1 cheering him on each lap, and his lucky charm, Kinsley Wilkerson.

Kinsley’s name rode on Suarez’s car during the Sonoma race, with Trackhouse Racing raising awareness for AT/RT, which is a tumour that occurs in the brain and spinal cord of young children.

Kinsley’s condition means that she has a planned surgery for the day after the Sonoma race, as Suarez claimed her as his lucky charm for the weekend.

Suarez smashed a pinata after he climbed out of the car as his celebration, similar to his teammate Ross Chastain who smashes a watermelon after his victories.

“It’s been a rough journey, but these guys believed in me, Trackhouse Racing, Justin Marks, everyone that helped me to get me to this point,” Suarez said.

“They believed in me since day one, they pulled all the resources and everything in for me to make it happen, and we have those amigos over there too!

“This is the first one of many.”

NASCAR now has a weekend off, before the series returns to Nashville Superspeedway on the weekend of Sunday, June 26 (local time).