Ricciardo ‘happy to be back’ after positive Baku performance

Ricciardo ‘happy to be back’ after positive Baku performance 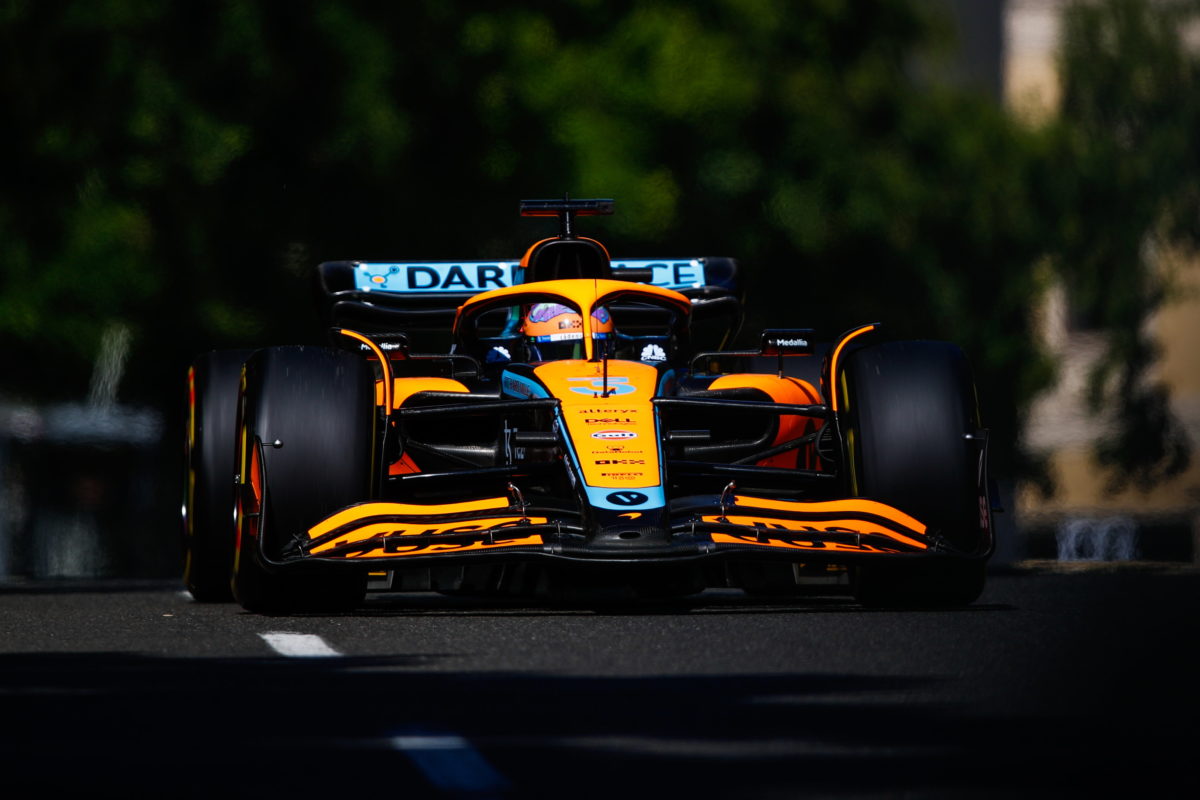 A solid performance in the Formula 1 Azerbaijan Grand Prix saw Daniel Ricciardo carve a positive figure in the paddock post-race.

The Australian headed team-mate Lando Norris to the flag in eighth as McLaren recorded only its second double-points finish of the season.

It was also the first time Ricciardo has finished ahead of his team-mate since the season opener, and comes at at time when he’s found himself under fire in the media.

“The crowd’s happy for me to be back in the points,” Ricciardo said after being cheered by fans during post-race interviews.

“It was an eventful race for a few reasons,” he added.

“Splitting the strategies, at the beginning I found myself with more pace on the hard than I think Fernando [Alonso] and Lando on the medium.

“There were team orders there, and then we were able to go long with the hard. I think the pace was not too bad, it sounded like we were doing decent.

“But then on the medium, I had pace for maybe two pals and then it dropped off and dropped off, and I fell into the back of Lando at the end and couldn’t keep up with Fernando.”

The Australian started well, shadowing Norris in the opening stint despite running the harder compound tyre.

With Alonso enjoying a significant straight line speed advantage, the call from the pit wall was for the two McLaren drivers to hold position to the flag.

The Australian then went long with his first stint, finally pitting under a late Virtual Safety Car to gain track position over Norris who’d adopted a more traditional strategy.

Team orders again came into play, this time in Ricciardo’s favour, as the McLaren duo found themselves without an answer for Alonso’s straight line speed in the closing laps.

“I think it showed early with Lando on him, he would exit the last corner right behind and still not be able to pass.

“So I think as a team eighth and ninth was our pace today, and whether it was mor or Lando, I think ultimately didn’t change too much.

“Happy to be back, get a few points, learn some more about the car. We leave here better off than two weeks ago.”

“I’m obviously very happy that Daniel felt more comfortable,” he said when asked about the performance by Speedcafe.com.

“The entire weekend in the car, and together with the team, he has found something things that allowed him to perform like he did this weekend.

“So I’m very happy with that, and the target is clear: keep this momentum up now and do the same again in Montreal.”

He also had no issue with the prickly responses from Ricciardo and Norris when team orders were employed as both drivers pushed back.

“I think what we hard on the radio is what you would like to hear from every race driver: being ambitious and trying to have the best possible race for himself,” he explained.

“That’s why there’s a team in place that makes sure we have the best possible outcome for the team without risking to lose two cars on track by crashing into each other.

“It always depends on the circumstances,” he added when asked about allowing the drivers to race one another.

“Our drivers are free to race, and we always try to provide for both drivers the same opportunities to do well, because that’s our responsibility.

“But if we are on differing strategies and so on, obviously you need to make sure as a team that you maximise the outcome.”

McLaren remains fourth in the constructors’ championship, now just 18 points clear of Alpine which has closed to gap by a point after Azerbaijan.

Ricciardo meanwhile has moved his own tally along to 15, while Norris has 50 to his name from the opening eight rounds.

Formula 1 now heads to Montreal for the first time since 2019, with the Canadian Grand Prix this weekend.