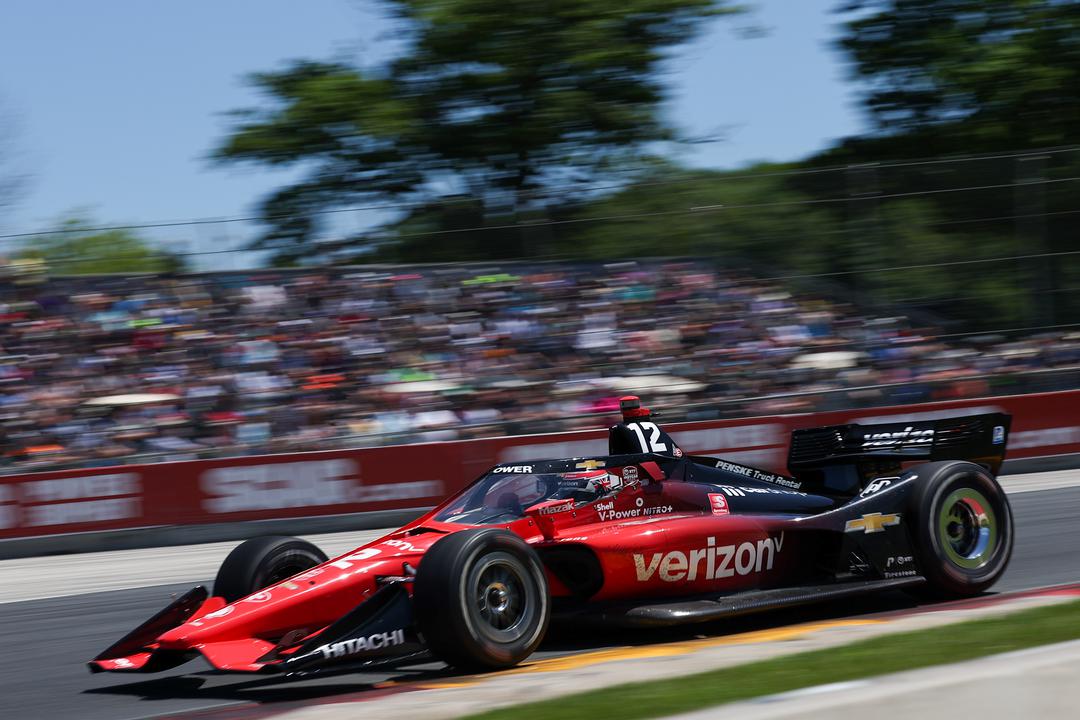 Now former IndyCar Series leader Will Power has given a restrained assessment of his run-in with Devlin DeFrancesco in the Grand Prix at Road America.

The Team Penske driver was unloaded into the wall on Lap 8 when DeFrancesco made a hash of attempting to pass Car #12 at Turn 5.

Power was subsequently heard saying “Wait ‘til I see DeFrancesco” on his radio and would bang into the side of the rookie’s #29 Andretti Autosport entry just moments on from taking the chequered flag one position behind it in 19th.

Shortly after the race, the Queenslander reported, “No, I haven’t seen him.

“I mean, we had a fast car; it’s just I kind of wondered if we changed tyres when we were doing the wing.

“We didn’t want to go down a lap obviously. That made our day a lot harder.

“Yeah, nothing I could do about that one.

“That is IndyCar. Not the best day, you have them. Just move on to the next one.”

Power had in fact managed to just stay on the lead lap, despite the #12 Chevrolet needing to be restarted by the recovery crew when he stopped on-track to have the busted front wing removed, and then pitting to have a replacement fitted.

He looked on for at least 17th position at the chequered flag before losing ground again in a willing battle on the penultimate lap.

Despite going from a three-point series lead to second position on the table at a 27-point deficit to Road America runner-up Marcus Ericsson, Power was not especially fazed once he got out of his car.

That is consistent with what seems to be a new, calmer attitude for the 41-year-old this season.

“Man, you can’t really do much about it,” he noted.

“[DeFrancesco] is a young guy and he’s made some big moves this year that resulted in some incidents.

“It was good on the team for at least… I got ran off on the last lap there so maybe we could have finished a little bit higher. We had plenty of push to pass; couldn’t do much about it.

“We’ll see if we can get the Verizon 5G Chevy to victory lane again this year. Anytime we get a victory in this series it’s so big, because it’s so hard. There’s a different winner every week.

“Except for Newgarden, obviously congrats to him,” Power added, after team-mate Josef Newgarden became the first driver this season to win on a road course, street circuit, and oval.

“He won the charity prize [for that feat] and yeah, he’s won three races. He’s on a good run.”

DeFrancesco was handed a stop and go penalty for avoidable contact, but was unwilling to apportion blame when he spoke on Peacock after the race.

“He had a bad run out of [Turn] 1, and I had a run on him going into T3 and I went to go on the outside of him and we banged wheels a little bit,” he recounted.

“Then I had a big, big run going into T5, and he went to the inside which he has a complete right to do, so I went to the outside and I saw him move back over to the right side, so I went to divebomb him – I had made that move a couple of times earlier in the race – and we made contact.

“I need to look at it, but that’s what I saw from my vantage point…

“We were making moves, slicing and dicing through people, making those split-second late divebombs, and that one didn’t pay off, but I need to look at it a bit more to see what happened.

“You could say I made contact with him, which I did. But from my vantage point, it did look like he moved but we need to look at it better.