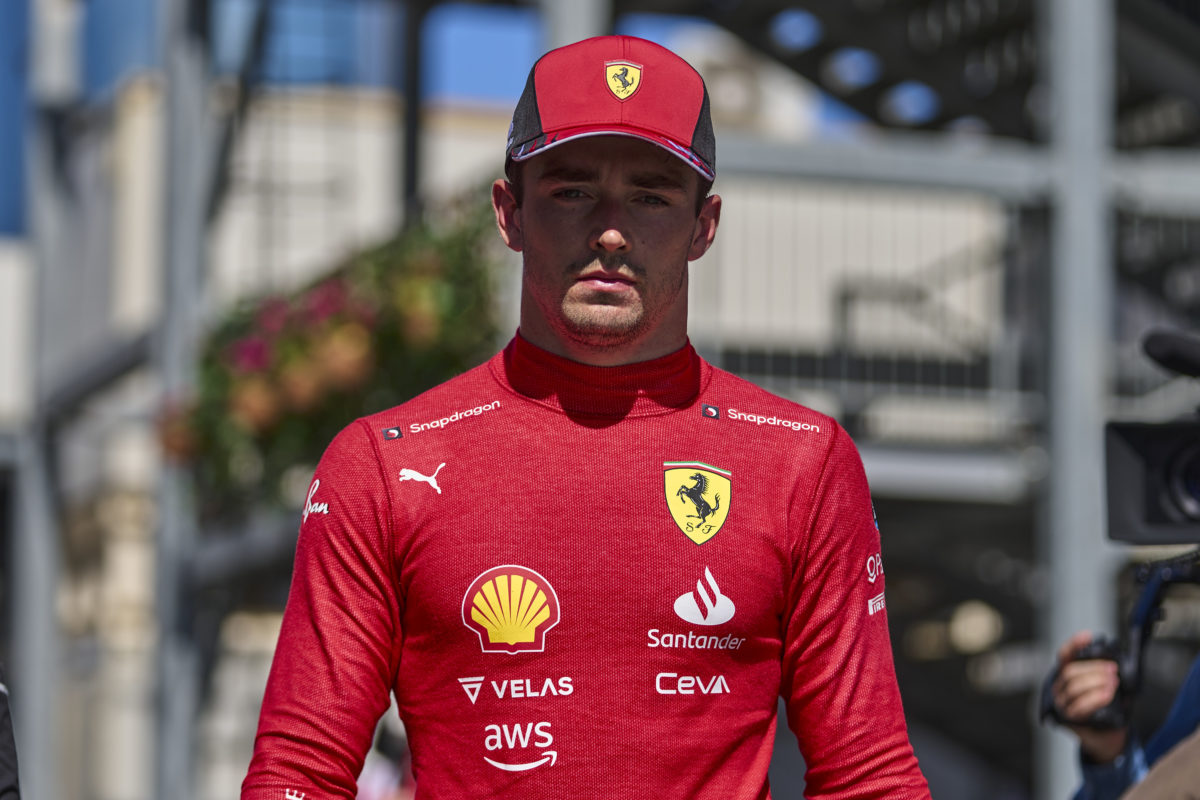 A dejected Charles Leclerc could do little more than describe his exit from the Formula 1 Azerbaijan Grand Prix as “very, very disappointing.”

The Ferrari driver was leading when his engine let go, the second time in three races that he’s been forced out while in command of a grand prix.

The Baku result follows a difficult weekend in Monaco where strategy calls conspired to Leclerc from first to fourth after qualifying on pole for his home race.

After his most recent set back, the 24-year-old sits third in the drivers’ championship, a competition he headed throughout the opening rounds of the season.

“We really need to look into that for it to not happen again,” Leclerc told Sky Sports shortly after his retirement.

“I don’t really find the right words to describe [the situation].

“Obviously it’s very, very disappointing. I don’t know, we really need to look into it.”

It was a troubling race for the Scuderia with Carlos Sainz also failing to reach the chequered flag when he suffered a hydraulic failure on Lap 9.

Ferrari now sits 80 points down on Red Bull in the constructors’ championship, and only 38 clear of Mercedes.

That’s despite Leclerc and Sainz displaying promising pace, and seemingly enjoying the edge when it comes to single lap speed.

Indeed, Leclerc has taken six pole positions from the opening eight races of the season, yet Ferrari has only two wins to its name, both courtesy of the Monegasque.

“We’ve been fast and we didn’t have particularly big problems in the first part of the season,” Leclerc observed.

“Now it seems that we have a bit more compared to the beginning of the season, but we didn’t change massive things.

“If anything, we made the thing better, so it’s difficult to understand now.

“But we will have to analyse. Obviously, I don’t have the full picture of what happened today.”

Leclerc recorded pole on Saturday but lost out to Sergio Perez at the race start.

However, a bold strategy call early in the race looked to have engineered him back into the driving seat out front.

Ironically, that opportunity arose after he pitted during the Virtual Safety Car for his team-mate’s retirement.

Strong pace following his stop did much to counteract the cost of the stop, leaving him in a strong position during the middle phase of the grand prix.

Red Bull reacted some 10 laps later with its two cars, setting up a potentially intriguing strategic battle in the final 35 laps.

It wasn’t to be, with Leclerc’s engine expiring on Lap 20, all but handing Verstappen his fifth win of the season as Ferrari left Azerbaijan empty handed.

Formula 1 returns with the Canadian Grand Prix this weekend, Free Practice 1 for which begins at 04:00 AEST on Saturday.