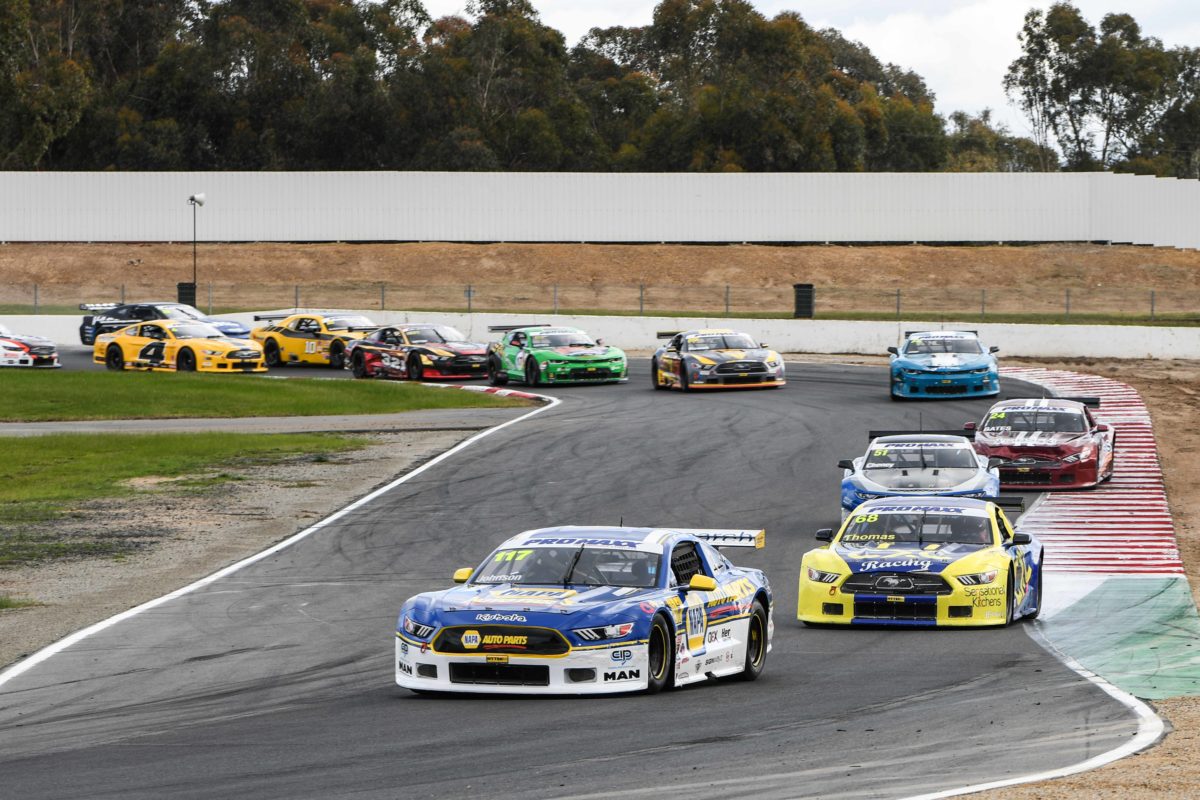 After taking out Race 2 in a wild finish, the third-generation driver led all the way in the final two races, getting up in Race 3 by two seconds and in Race 4 by four seconds.

Dylan Thomas finished second in both of those encounters, with Zach Loscialpo third in Race 3 before he brushed the wall exiting Turn 2 at the start of Race 4 and dropped to the back.

He got back up to 10th by the finish, but now trails Johnson by 65 points at the top of the series standings.

“I got in front and tried to extend the lead as much as I could in each race which is all we really had to do,” said Johnson.

“It was a tricky track. I had done a fair bit on the sim, there were a couple of bits of the track which I thought were going to be quite easy which turned out to really only get my driving sorted by the last race, but we got there at the end and learn a lot.”

Round 4 takes place at Queensland Raceway on August 19-21.