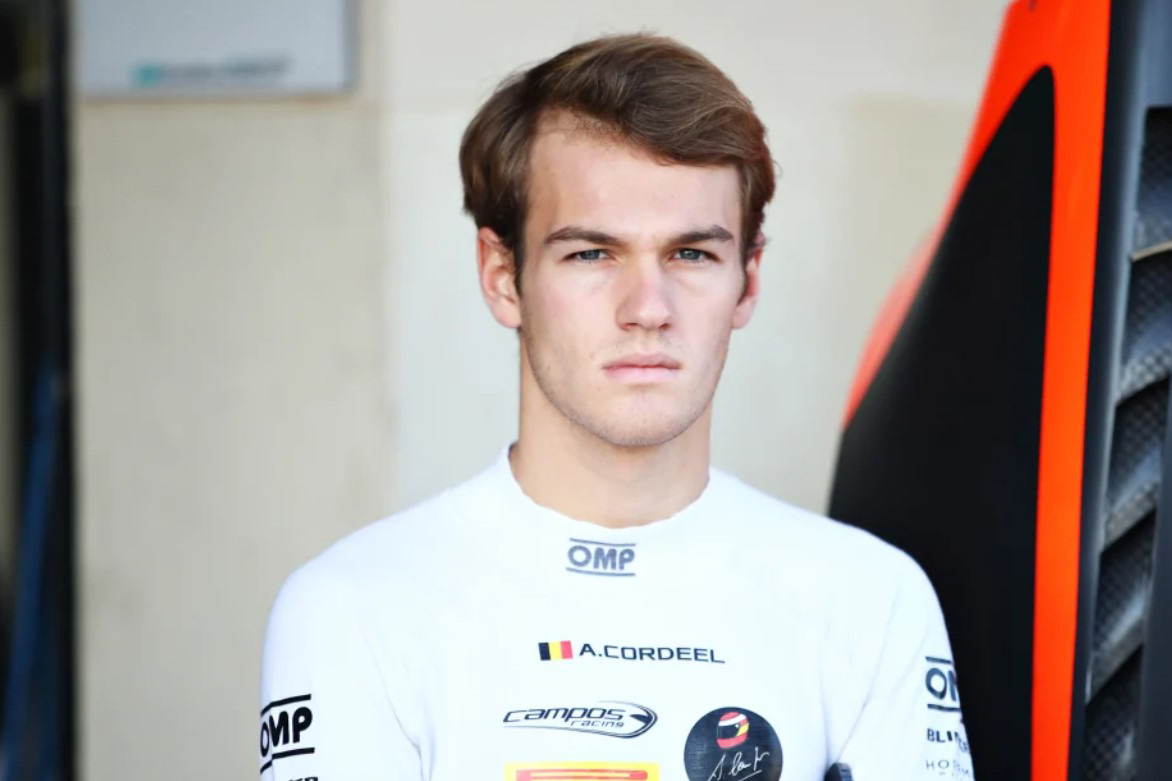 Formula 2 driver Amaury Cordeel will not be allowed to compete at the feeder series’ next race weekend after crashing into Oli Caldwell in Azerbaijan.

The pair clashed during the F2 Feature race on the streets of Baku with Cordeel deemed to have been wholly at fault for the incident.

Having been behind the Belgian through Turns 3 and 4, Caldwell chose the outside line and was alongside Cordeel on the straight approaching Turn 4.

The Stewards determined that the Van Amersfoort racer was focused on the cars ahead and he did not spot the Campos Racing driver to his left.

Cordeel then moved across, making contact with Caldwell which speared the pair into the wall, for which the former was deemed wholly at fault.

The incident attracted a three-place grid drop for the next F2 event he participates in, along with a penalty point on his licence.

With 11 already to his name prior to the race, the additional point sees his tally rise to 12, meaning he will be suspended for the next round in Silverstone.

Cordeel wasn’t the only driver to cop the wrath of stewards following the Feature on Sunday morning, with Roy Nissany also picking up a penalty.

The Williams junior will serve a three-place grid drop at his next event after he was deemed wholly at fault for a clash with Cem Bolukbasi on Lap 12.

The Stewards found that Nissany attempted to pass the Charouz Racing System driver around the outside of Turn 2.

However, the DAMS driver was not fully alongside nor ahead at the apex of the corner.

At the exit of the turn, Nissany’s front left wheel collided with Bolukbasi’s right rear wheel, causing both drivers to crash.

All four drivers were retirements from the race, as was Juri Vips who headed the encounter for a long period before crashing out in the closing moments.

It resulted in the race ending under Safety Car conditions, Dennis Hauger taking the win from Logan Sargeant and Felipe Drugovich.

Jack Doohan was fifth across the line, though a 5-second post-race penalty, and a bunched field, meant the Australian fell to 13th in the final classification.

Silverstone is the venue for the next round of the season as Formula 2 supports the British Grand Prix on July 1-3.