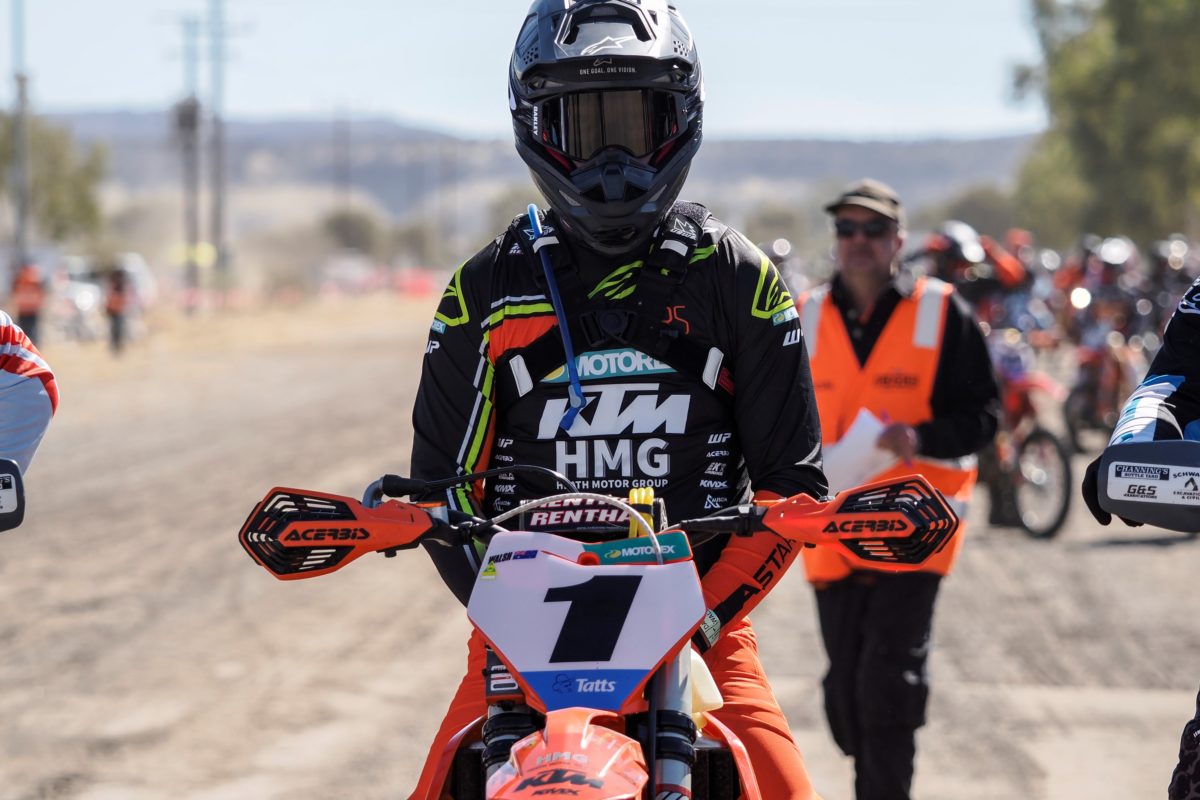 David Walsh has taken the lead in the Bikes division after the opening leg of the Tatts Finke Desert Race.

The two-time King of the Desert will start the return leg, from Aputula (Finke) to his local Alice Springs, with a margin of 3:06s over second-placed Jacob Smith.

Having been third-fastest in the Prologue, Walsh took the ascendancy when he rode his KTM down the track in a time of 1:46:10.3s, just 0.7s slower than his effort on the corresponding day of the 2021 event.

Behind Smith (Husqvarna), who topped the Method Race Wheels Prologue, it is Jack Simpson (Husqvarna) provisionally on the bottom step of the podium at a further 43.2s back.

Korey McMahon (GasGas) has climbed 10 positions relative to where he finished the Prologue to occupy fourth spot, ahead of Ivan Long (Husqvarna).

Earlier, six-time Bikes champion Toby Price put himself in the box seat for back-to-back Cars titles with a record time for four-wheelers on the outbound leg, while Walsh will be crowned King of the Desert for a third time in a row if he can convert in the return leg.

After camping tonight at Aputula, the Cars will lead out tomorrow morning before the Bikes depart from 11:45 local time/12:15 AEST, with the first rider expected at the finish line at around 14:00 local time/14:30 AEST.