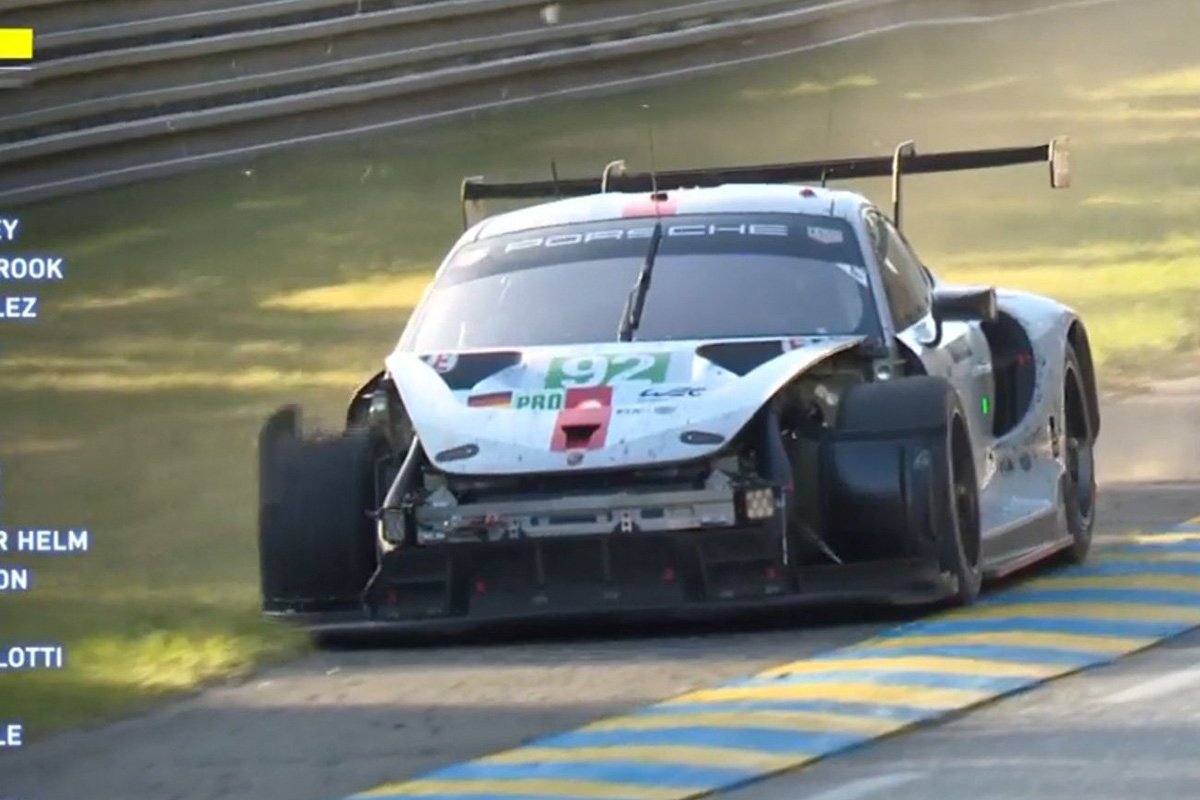 Both the overall race-leading Toyota and the leading Porsche in GTE-Pro have struck drama with just over eight hours to go in the 24 Hours of Le Mans.

The front-running #92 Porsche 911 RSR in GTE-Pro suffered a major tyre blowout, while the #7 Toyota stopped on track in the hands of Jose Maria Lopez. 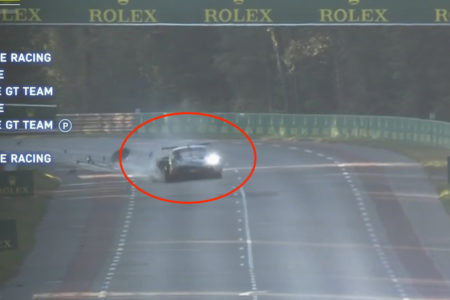 Michael Christensen had a comfortable lead at the wheel of the #92 Porsche on Sunday morning at Circuit de la Sarthe having looked a strong contender through the night.

It all come unstuck in dramatic fashion when Christensen ran deep at Mulsanne Corner with a lock-up and rejoined the tarmac after bouncing through the gravel.

Unknown to Christensen, he had picked up a right-front puncture which let go a few seconds later as he accelerated towards Indianapolis corner.

The Danish driver limped the car with significant damage back to the garage as the Porsche GT Team got to work.

Laurens Vanthoor rejoined the race two laps down in the #92 having swapped driving duties with Christensen during the repairs.

Corvette Racing has re-taken the GTE-Pro lead as a result of the Porsche incident, with the #64 of Alexander Sims out front from the #51 AF Corse Ferrari of Daniel Serra.

Shane van Gisbergen runs fifth in GTE-Pro aboard the Riley Motorsports Ferrari having benefited from the #92 Porsche’s crash.

Only a few minutes after that incident, overall leader Lopez in the #7 Toyota GR010 Hybrid ground to a halt exiting Arnage.

Lopez’s car was stationary for around 60 seconds until he was able to get moving back to the pits.

The Argentine driver returned to the circuit a lap down in second as Brendon Hartley assumed the overall lead in the #8 Toyota.

Glickenhaus Racing runs third outright with its #709 of Richard Westbrook.

At the end of 16 hours of racing, LMP2 is still led by the #38 JOTA entry of Will Stevens ahead of Prema Orlen Team and the sister JOTA car in second and third respectively.

Jean-Baptiste Lahaye spun the #35 Ultimate LMP2 car and smacked the inside wall in the Porsche Curves with around 11 hours to go.

While the car only needed a front nose replacement the incident saw a lengthy slow zone to repair the barriers where it hit the wall.

TF Sport’s #33 Aston Martin has gone to the front of GTE-Am, while the second-placed #79 WeatherTech Racing Porsche suffered a spin at Porsche Curves in the hands of Thomas Merrill.