Toyota #8 in control at Le Mans, GTE swings to Porsche

Toyota #8 in control at Le Mans, GTE swings to Porsche 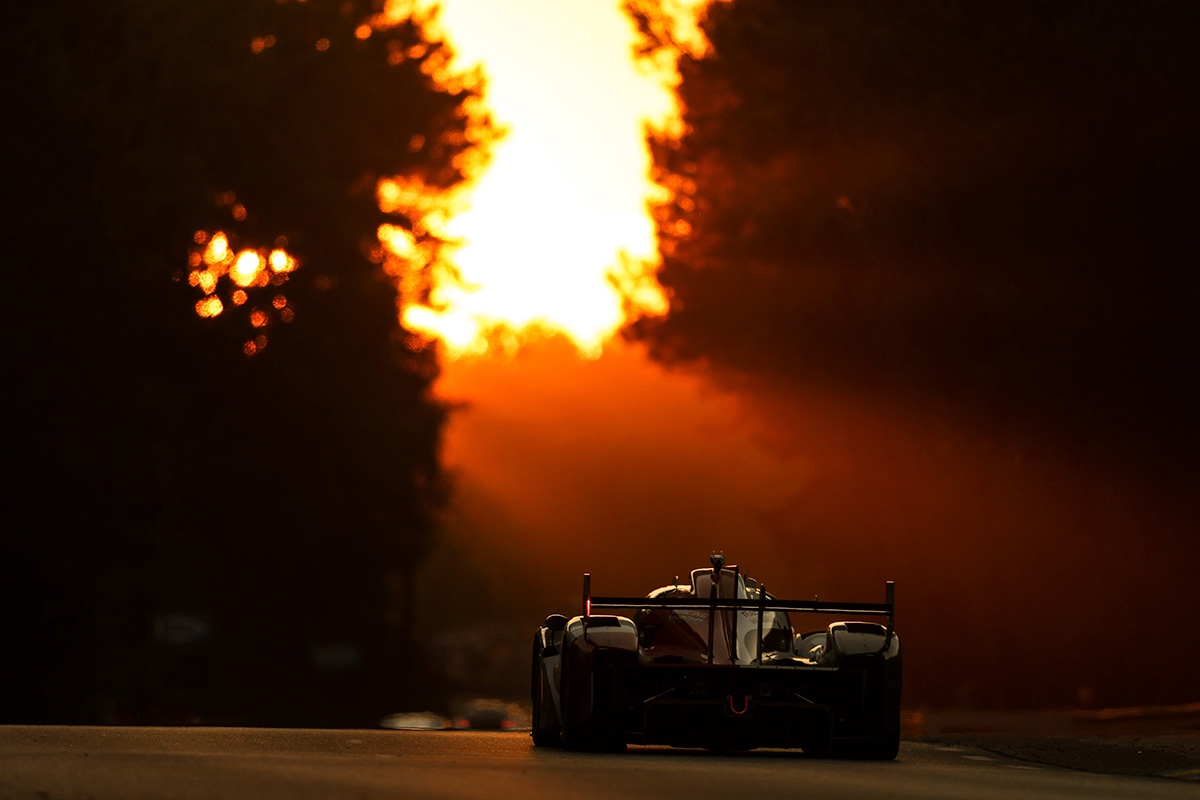 Toyota’s #8 GR010 Hybrid is back in control of the 24 Hours of Le Mans at halfway as Corvette Racing suffered a setback, swinging the GTE-Pro class to Porsche.

Having completed 12 hours at Circuit de la Sarthe, the pole-sitting #8 Toyota of Ryo Hirakawa leads by 20 seconds over Kamui Kobayashi in the sister #7 Toyota.

Kobayashi was out front at the six-hour mark but the #8 returned to the fore after a slow stop for the #7 Toyota in the seventh hour before the circumstance of a slow zone went in favour of the #8.

Glickenhaus Racing’s #709 entry is third in the hands of Ryan Briscoe, inheriting the final podium spot when the sister #708 spun into the barriers at Tertre Rouge.

The driver at the time, Olivier Pla, limped the car back to the pits to undergo repairs before the #708 rejoined the track seven laps down, but still ahead of the #36 Alpine Hypercar.

Porsche now leads the GTE-Pro class after both Chevrolet Corvette C8.Rs were delayed while flying in formation at the head of the class as the race settled into the night.

Nick Tandy’s second-placed #64 Corvette was wheeled into the garage to clear debris from the wheel arches and complete a brake change.

Minutes later the class-leading #63 Corvette of Antonio Garcia encountered a left-rear suspension failure which resulted in a lengthy spell in the garage.

Michael Christensen took over the GTE-Pro lead in the #92 Porsche 911 RSR before handing over to Laurens Vanthoor comfortably out front.

The #64 Corvette remains on the GTE-Pro lead lap in second but is more than three minutes behind leader Vanthoor.

Ferrari occupies third courtesy of James Calado in the #51 AF Corse 488 GTE ahead of the #91 Porsche in fourth driven by Frederic Makowiecki.

JOTA holds on to the lead in LMP2 with its #38 Oreca of Roberto Gonzalez, Antonio Felix Da Costa and Will Stevens.

That car is more than half a lap ahead of the #9 Prema Orlen Team entry which has Louis Deletraz behind the wheel in second place.

There was a lead change shortly before the halfway point in GTE-Am with the #33 TF Sport Aston Martin vaulting to the front.

Long-time leader, the #79 WeatherTech Racing Porsche lost a chunk of time on track in the hands of Cooper MacNeil and dropped to second.

Nick Cassidy’s #54 Ferrari sits seventh, while Matt Campbell’s #93 Proton Competition Porsche sustained a hit with the barriers in the hands of Michael Fassbender.

Campbell continues to circulate in 20th in GTE-Am.