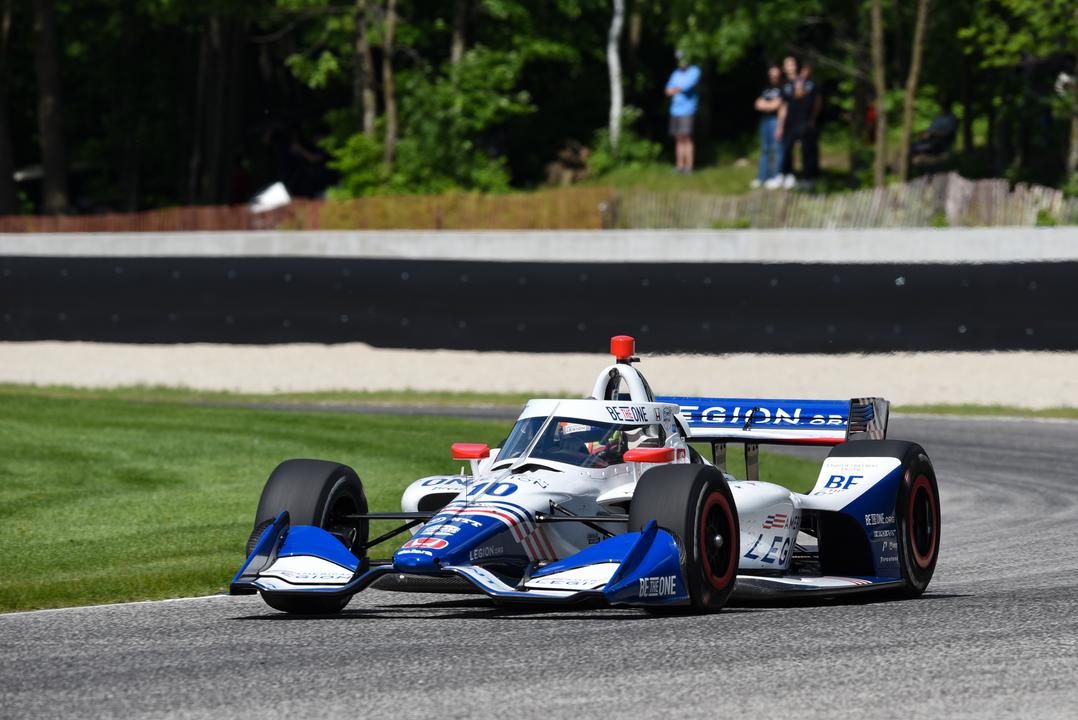 The Chip Ganassi Racing driver clocked a 1:46.2291s just past the halfway mark of the last, 30-minute session before Sunday’s (local time) race.

Team Penske’s Josef Newgarden, who has qualified on the front row, ended up second at 0.3046s off the pace with a lap he completed moments later, while previous fast man Simon Pagenaud (Meyer Shank Racing) finished 0.0415s slower again in third.

Palou’s Final Practice benchmark was 1.3635s away from Rossi’s pole time as the focus shifted to longer runs, with the bulk of the laps completed on black tyres.

Scott McLaughlin (Penske) and Scott Dixon (Ganassi), who will share Row 5 on the starting grid, were close together on the timesheet once again as they wound up 13th and 14th respectively.

Around four minutes were lost towards the end of the session when Tatiana Calderon stopped at Turn 5, before the #11 AJ Foyt Racing entry was removed from the track and the green flag flew for five more minutes of action.

As was the case in the first two rounds of qualifying, earlier in the day, light rain fell at times but did not seem to have any significant impact on proceedings.