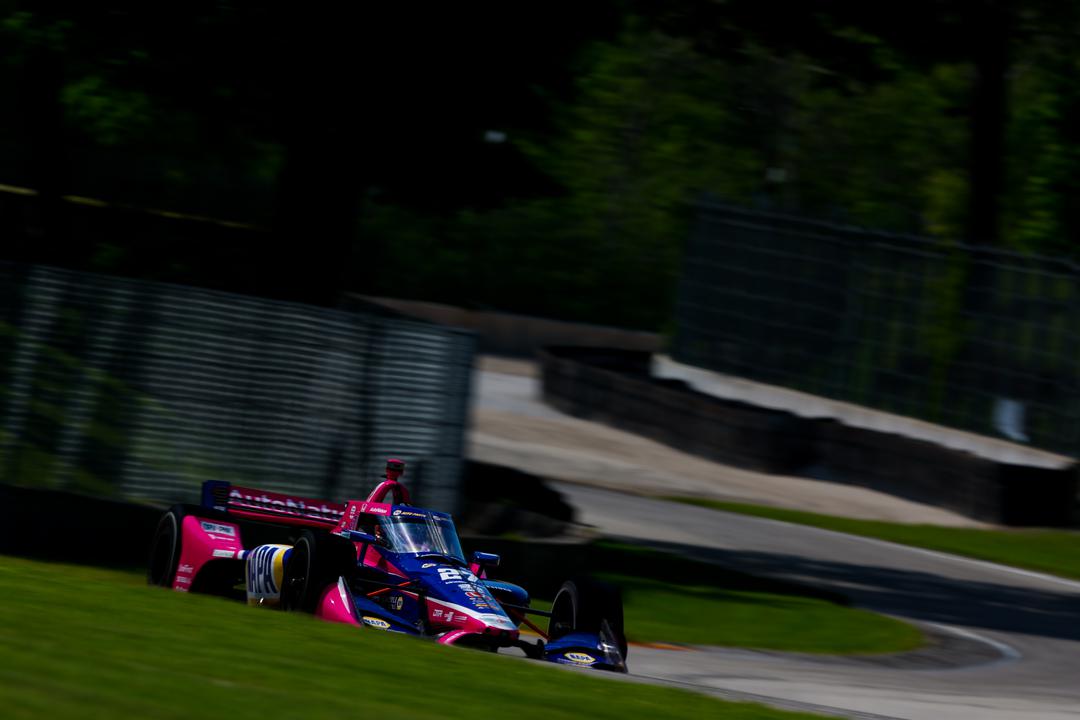 Josef Newgarden has been left to “feel stupid” for assuming that Alexander Rossi’s pole lap at Road America was set on IndyCar’s alternate compound tyres.

The two-time series champion will start on the front row after coming up 0.0715s shy of the Andretti Autosport driver’s best effort in a qualifying session which saw divergent tyre strategies.

Newgarden was dispatched on blacks in the Fast Six but was straight back in to switch to a set of used reds and got down to a 1:44.9371s, on his second and final flying lap.

Rossi, however, had run on a single set of blacks throughout and had already clocked a 1:44.8656s by then.

“It was unbelievable,” said Newgarden.

“I didn’t even realise it was on blacks. I looked like an idiot talking to Greg from Team Chevy.

“I was like, ‘Clearly, clearly it was better to go use reds, we knew that.’

“He didn’t say anything to me,” smiled the Team Penske driver.

In fairness to the Tennessean, both he and Rossi were more than four tenths of a second clear of the third-quickest qualifier, Chip Ganassi Racing’s Alex Palou, who opted for the same approach as Rossi.

“I think what Palou did was about what I would figure,” added Newgarden.

“Blacks was a low-five on new blacks; low-five, five-two, five-three. The new reds, I figured we could eke out an eight, nine, maybe a seven [1:44.7s to 1:44.9s] in a perfect world, if you absolutely, absolutely nailed it. 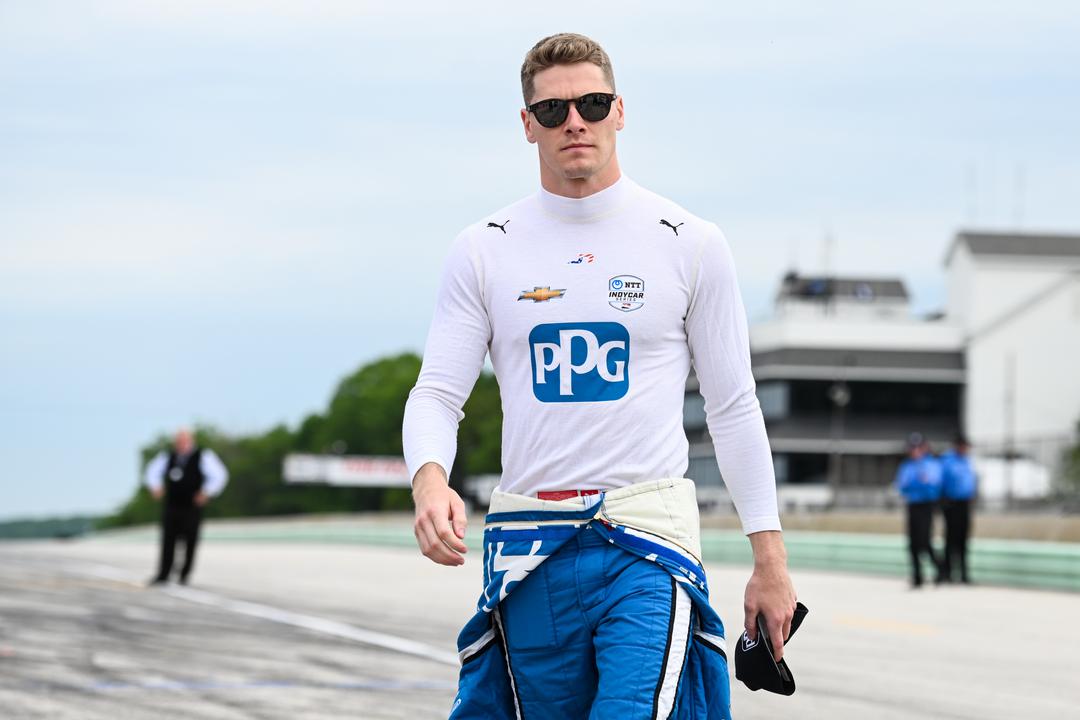 “We were just a little short. I think Rossi’s lap is definitely an outlier. Must have been a mega lap. It looks like it. Kudos to these guys.

“I was pretty happy with my lap. It wasn’t like it was a bad lap. It just wasn’t enough.

“Wish we were one spot better, but we all day to work on that now with PPG and Team Chevy.”

Rossi, however, said his pole lap was not perfect.

“I gave up a bit in a couple places,” he admitted.

“But I just think for us, our balance on the primary tyres is just a lot better than on the alternates, which ultimately is why we’re able to kind of do that.

“It was faster than my best lap that I did on the red tyre. There’s a little bit of that that’s going on.”

Newgarden ended up second also in Final Practice, five spots up on Rossi, as most concentrated on longer runs on primary tyres.