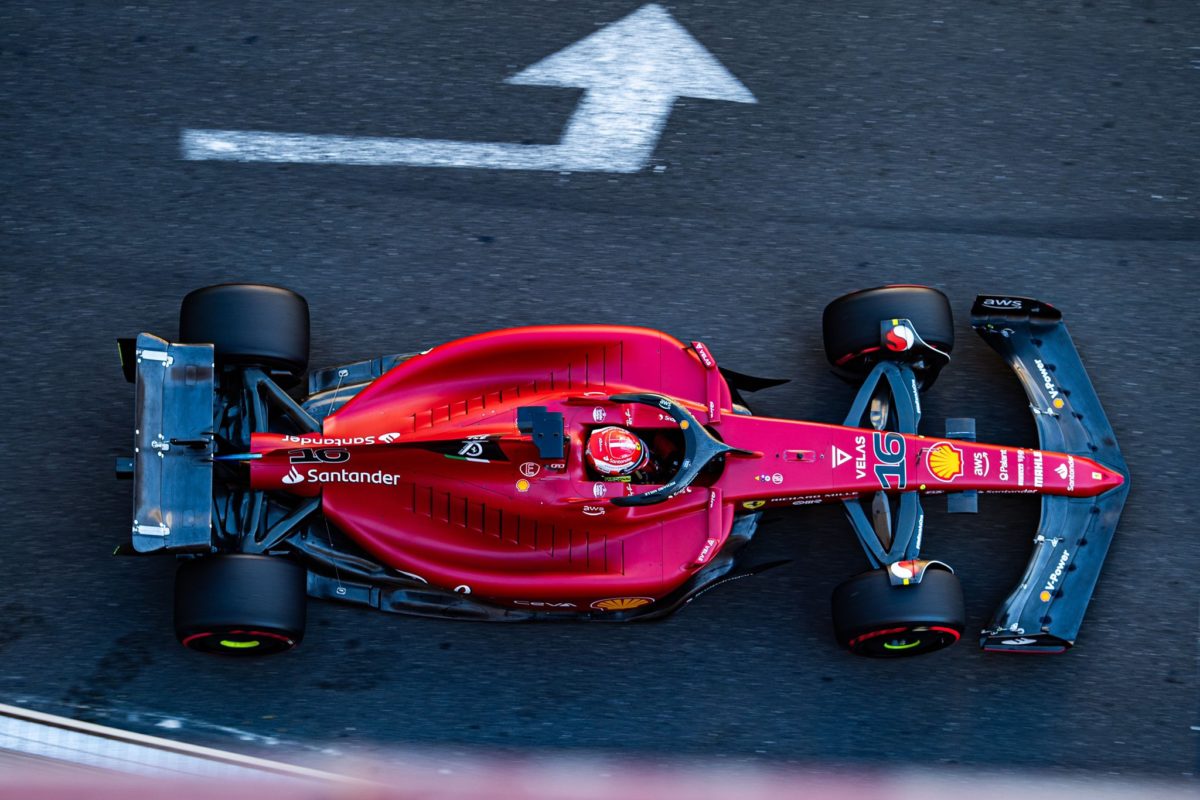 Charles Leclerc has said there wasn’t much more to extract on the lap which saw him claim pole for the Formula 1 Azerbaijan Grand Prix.

The Ferrari driver set a blistering lap with his final flier late in the session to record his sixth pole of the season, and fourth in succession.

He ended the three-part session with a best time of 1:31.359s, almost three tenths better than Sergio Perez could manage in second.

“I didn’t feel like I left too much on the table,” Leclerc said.

“Turn 2 I was losing all the time and in my final lap I just released the brakes and pray that it was okay. I think it was a pretty close one there.

“Then the last corner was a bit trickier, but I think it’s more wind related.

“Overall, I was very happy with that.”

While pleased with his performance, the Monegasque stopped short of suggesting it was the best pole lap of the season.

“Monaco was pretty satisfying,” he noted.

“But yeah, on street tracks, it always feels very, very special to push the limits with the walls.

“You can feel you’re on the limit, and you know that whatever mistake you are doing at that time is just the wall.

“So the adrenalin is running high and it’s great to be on pole.”

It’s the second time Leclerc has scored pole in Baku, having started in that position a year ago.

However, he looks to have a battle to maintain that place come Sunday’s grand prix as throughout practice its proved nip and tuck with Red Bull.

Earlier in the weekend Ferrari looked to have the upper hand over a single lap, with the British squad enjoying the longer run pace.

However, Leclerc suggests progress made on Friday gives him a fighting chance in the race.

“It looked strong in FP2,” he said of his long run pace.

“Whether it’s strong enough compared to the Red Bull, this we’ll see tomorrow.

“I think since we have the new package, we’ve tried different things, and for my feeling, it feels better in the race, but we still need to confirm it tomorrow.

“So tomorrow we’ll have the answer for that but the feeling is there and is good, so I’m optimistic.”

The Azerbaijan Grand Prix gets underway at 21:00 AEST.