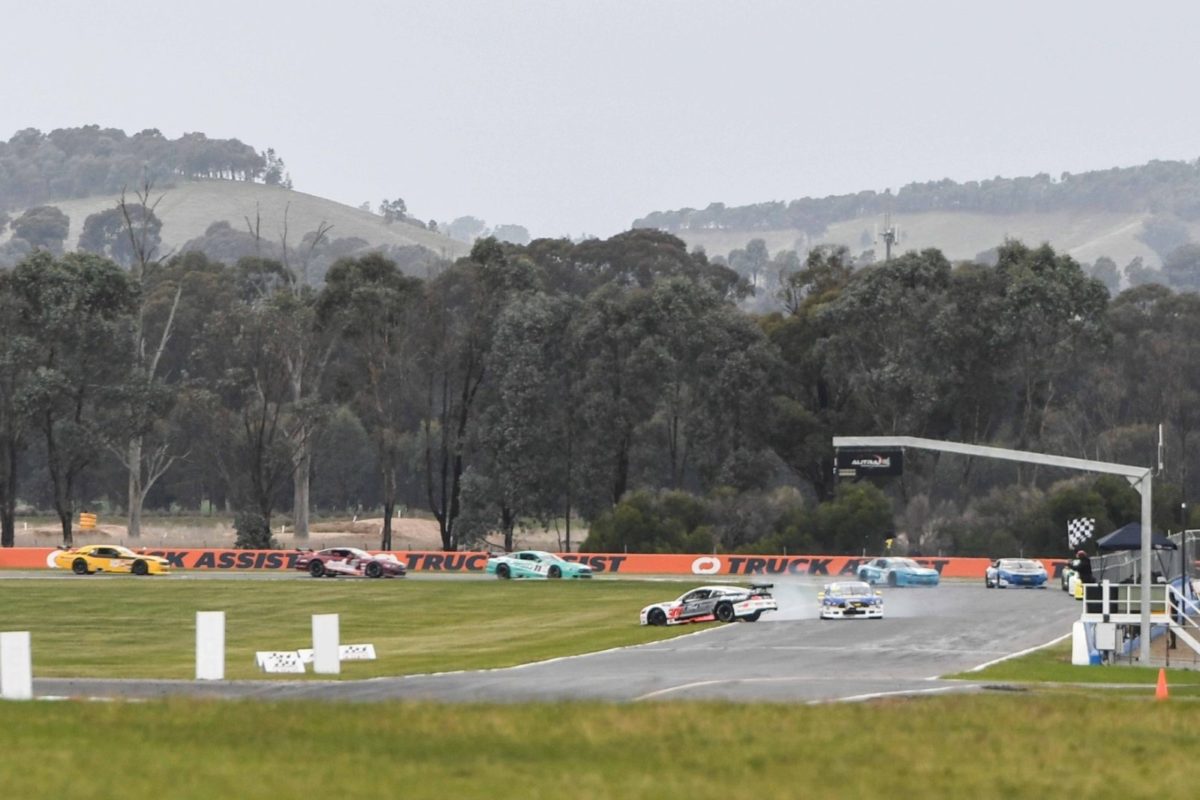 Jett Johnson has consolidated his Promaxx Performance Exhausts TA2 Muscle Car Series lead with victory in a wild finish to Race 2 of Round 3 at Winton.

The third-generation driver was finally declared the winner after a post-race investigation into the incident in which Jackson Rice spun into the infield, having finished second to Kyle Gurton in Race 1.

It was Gurton who was leading Race 2 having already survived one restart when his car had a mechanical failure as action resumed after a second Safety Car period for a one-lap dash to the finish.

Johnson took the lead into Turn 1 but could not shake Rice, who attempted to make the pass for first position at Turn 11.

They ran side-by-side into the final corner and dragged towards the chequered flag, before contact sent Rice spinning into the infield.

Officials deemed it a racing incident, meaning Johnson was the victor from Dylan Thomas, Zach Loscialpo, Mark Crutcher, and Rice in fifth, while Gurton was classified 15th.

“It was an interesting Race 2; a couple of Safety Cars but I got the win in the end but certainly not the way you hope to win one,” said the youngster driving Car #117.

“Jackson was fighting hard as you would expect from someone that close to the lead on the last lap, but a bit of contact coming into Turn 11 and then another incident on the straight was unfortunate but the racing is so close and competitive so we’ve got to be on our toes the entire weekend.”

Rice commented, “It was a good race; I didn’t get a great start and fell back to fifth but we fought our way back through and made a couple of good moves and found ourselves in second on the last lap.

“I went for the lead and unfortunately got turned around, but that’s racing and we’ll come back bigger and better.

“We’re enjoying it down here and fun, hard racing is what it’s all about.” 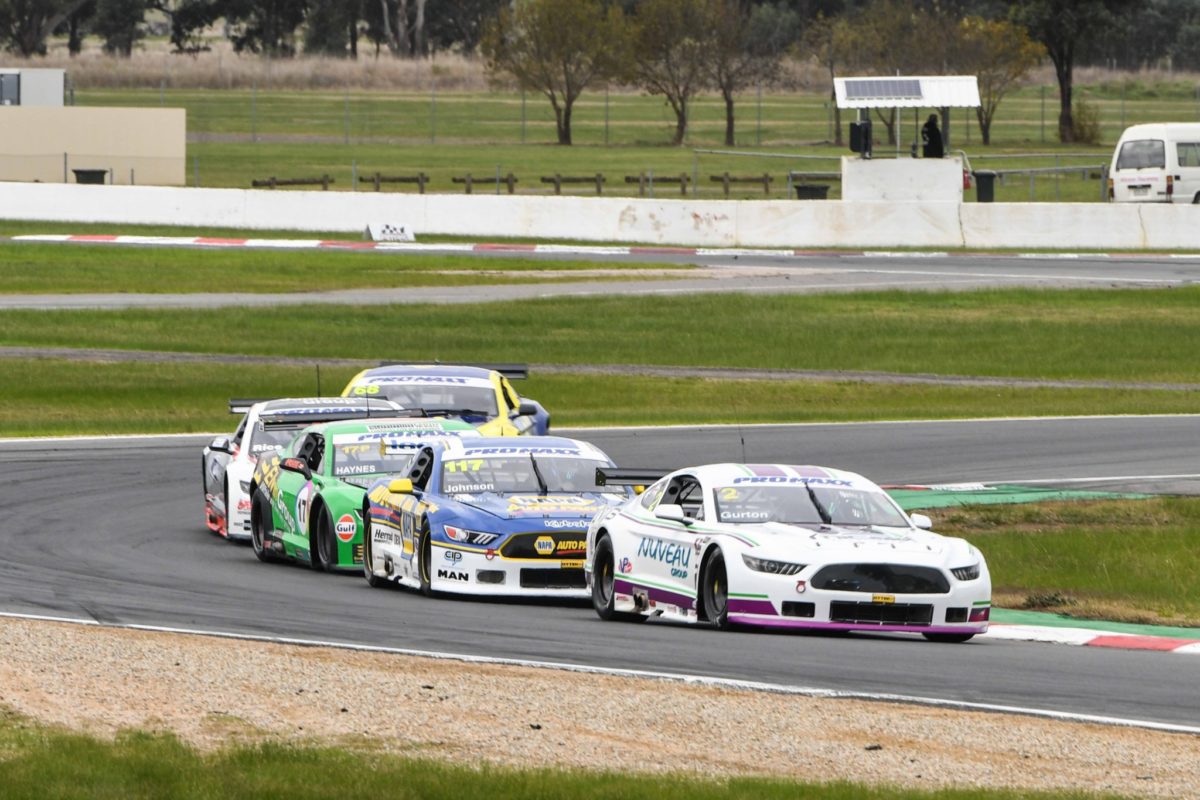 Safety Cars bringing leaders unstuck was a theme of the day, with Johnson who took the PWR Pole Award and holding first position in Race 1 until the initial lap after the restart.

That was when Gurton made his move, and he would prevail when a second yellow flag period set up a one-lap dash to the finish in that encounter also.

Johnson got home in second spot, from Rice, Josh Haynes, and Thomas.

“Race 1 was a fairly fast-paced race up the front there with nothing left on the table and I was really happy to come away with my first ever race win,” said Gurton.

“When I was in front for the restart, I knew the key was going to be the final restart when I was in the lead so to get the edge on the field off the start really set up for the rest of that last lap.

“I pulled a couple of seconds on the field in the second race and started maintaining it and saving the tyres, but unfortunately a mechanical issue on the left rear at the last restart sent me back down the order.

“It was a big confidence booster and the plan was to build a gap in clean air and conserve, but that happens in racing sometimes and we’ll get ready to come back through the field [in Race 3].”