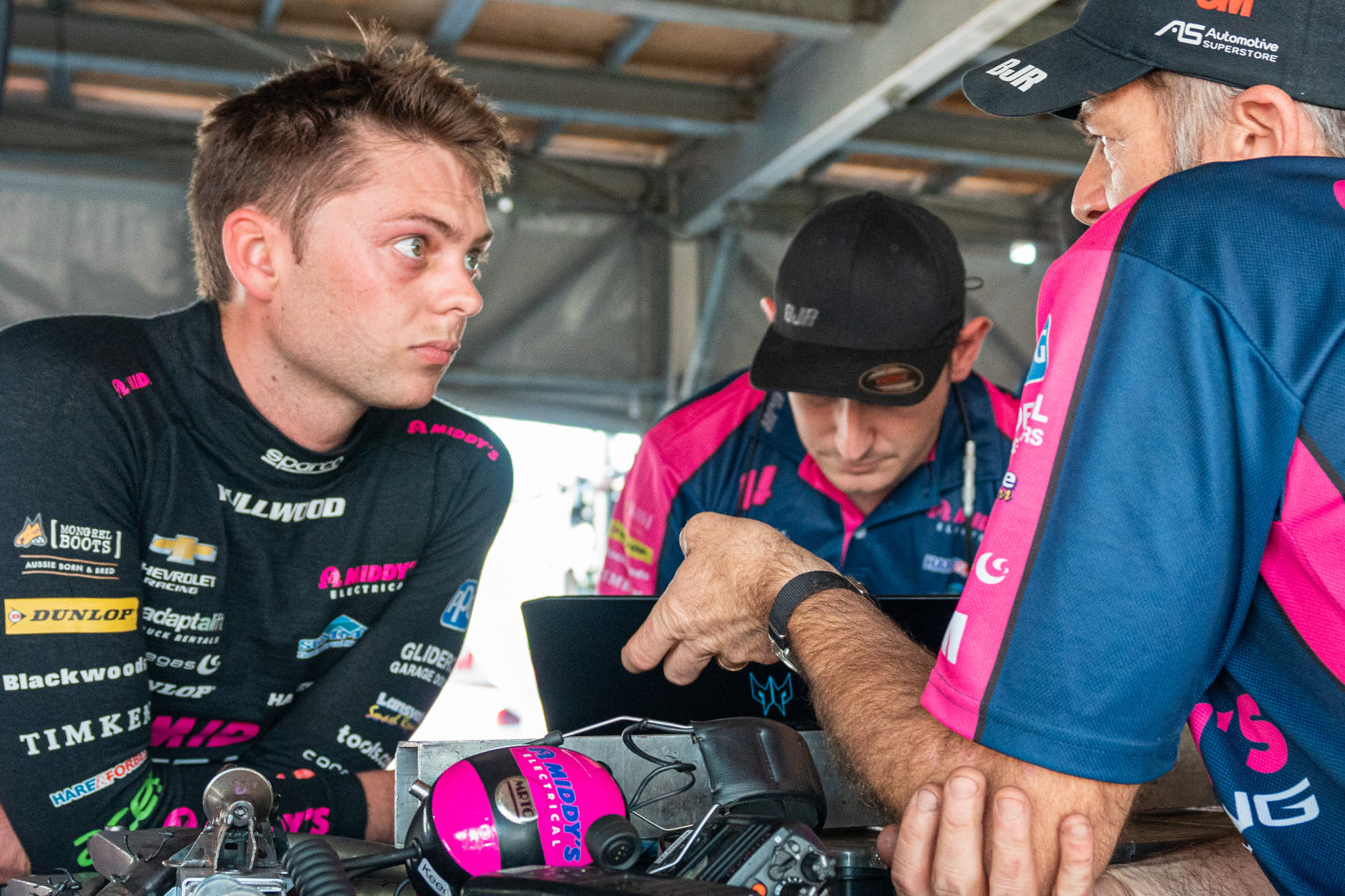 Bryce Fullwood has conceded a new team, new car, and new engineer has resulted in a “perfect storm” for a slow start to his season.

The third-year Repco Supercars Championship full-timer joined Brad Jones Racing in 2022 off the back of two campaigns with Walkinshaw Andretti United.

Joining him at the same time is former Team 18 engineer Phil Keed, who in fact returns to Brad Jones Racing having last worked there in 2015.

As it stands, the Middy’s Racing driver is third best among the Albury quartet in the drivers’ championship behind Andre Heimgartner (12th) and Macauley Jones (17th).

Fullwood sits, by his own admission, a lacklustre 21st, ahead of team-mate Jack Smith in 25th.

With his home event looming, the Merlin Darwin Triple Crown at Hidden Valley Raceway, the 24-year-old is hoping to restart his season.

“I certainly haven’t been super pleased with the results,” Fullwood told Speedcafe.com.

“I think we’re capable of a hell of a lot better than where we’ve been running.

“I think it’s definitely hard when everybody’s new. You’ve got a new engineer and a new driver combo at a new team together, it’s kind of like the perfect storm for a bad start to the season.

“We’ve got continuity with our mechanics and our crew on the car, but that’s about it. I guess it’s quite a big deal for an engineer to move teams because all of the tools that they use are different from team to team because they’re all team-specific.

“Phil’s got to get his head around that because he doesn’t have the experience with the car and so he’s had to do a lot of work behind the scenes around how the tools work and get some of them working a bit better than they have been to so that he can rely on them a bit more.

“So it’s certainly been difficult to say the least. Hopefully we’re starting to get a little bit of direction now. We’ve been putting a hell of a lot of work in behind the scenes, so I just hope that it starts to come to fruition for us and pay us back for it.” 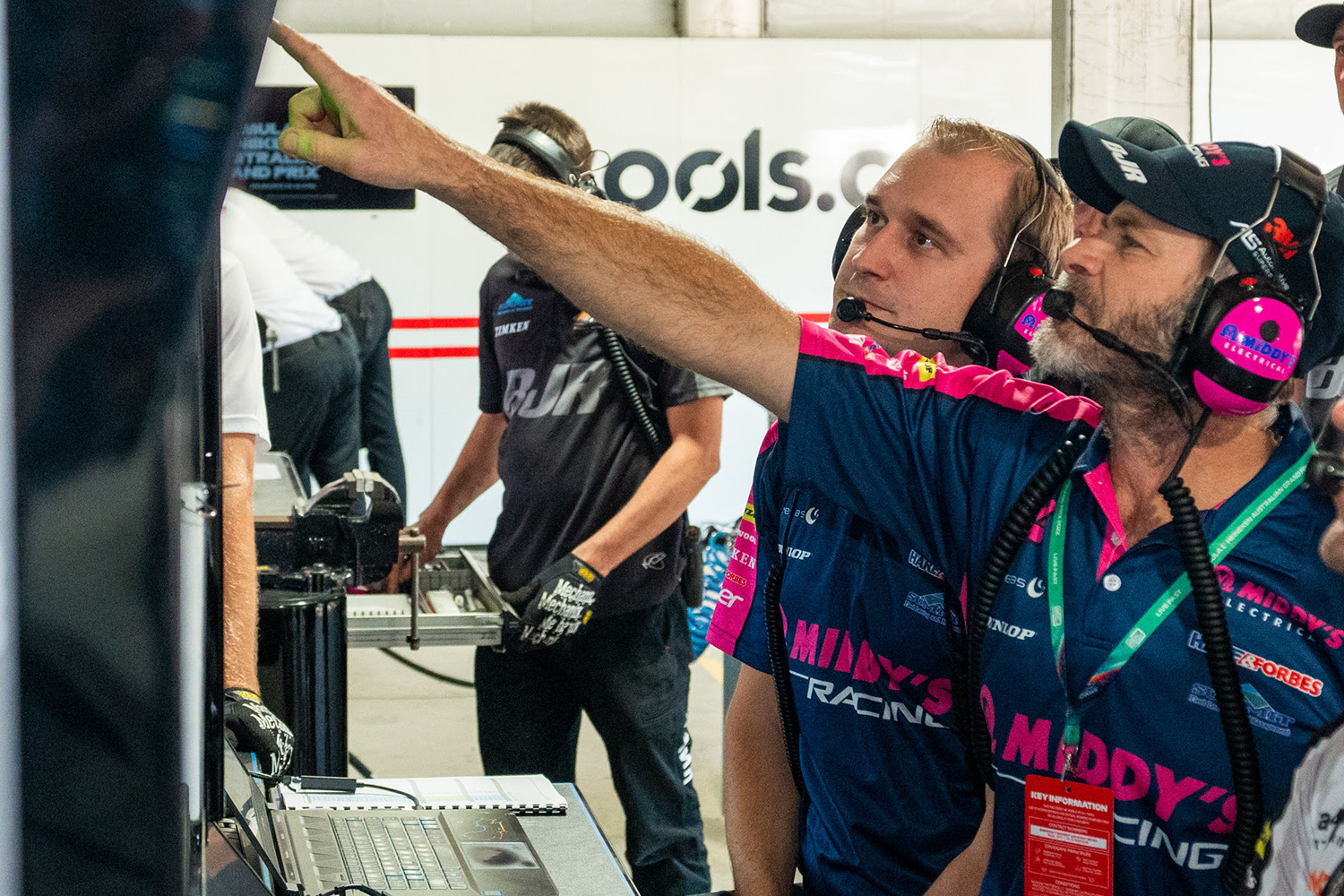 Fullwood is among those who is keen to make the most of the three-day format.

Notwithstanding the season-opening Sydney SuperNight and Melbourne 400, the Supercars events to date this season have all been two-day affairs.

With two practice sessions on Friday, Fullwood is hoping to maximise the time on and off the track.

“Unless you’re a team that has a good handle on your car, it’s near impossible in a two-day event to really make headway. Generally what happens is you don’t have much time to think about it, so you end up down a rabbit hole.

‘’Then you’ve got Saturday night to have a bit of a think about it and then sometimes you’ll make a big swing for Sunday, but nine times out of 10, you’ll come out of the weekend going, ‘gee, we should have zigged instead of zagged on Saturday’ and that took the car down the wrong way.

“When you’re trying to work it out, having an hour between sessions, or realistically an hour of time from when the car is ready to be worked on for set-up and then has to be ready to go out again, it’s really not very much time.

“That’s certainly made it very difficult, so it’d be really good to have a three-day event to have practice and then have a bit of a think about it on Friday night to give ourselves the best chance going into Saturday. I know we’re really looking forward to that three-day event style format.”