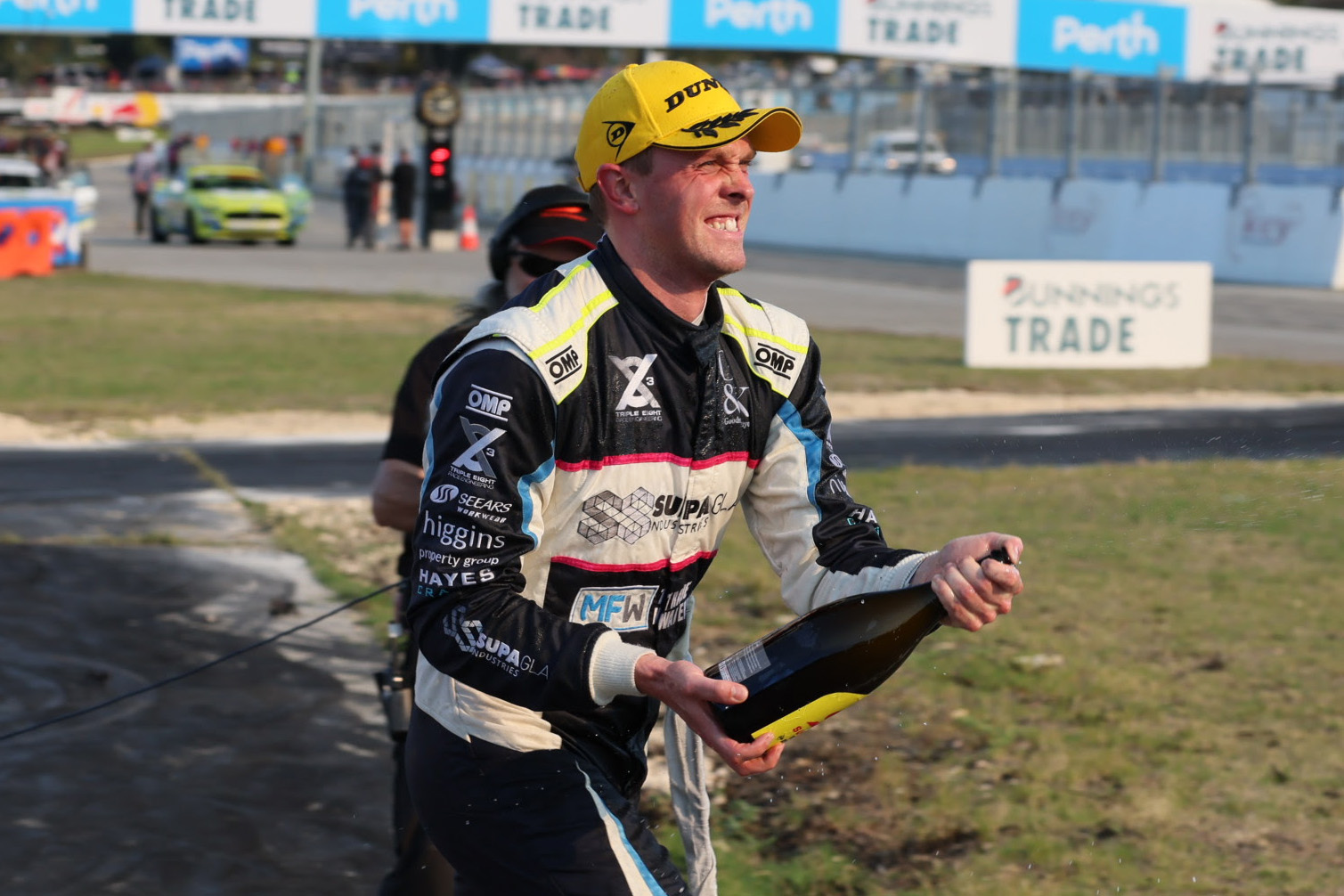 Jamie Whincup says he is working to help Triple Eight Race Engineering protege Cameron Hill get on the grid for this year’s Repco Bathurst 1000.

Last weekend it was confirmed Dunlop Super2 Series team-mate Declan Fraser had got the nod for the team’s Supercheap Auto-backed Bathurst 1000 wildcard with Craig Lowndes.

As it stands, Hill is without a drive for the Great Race, though Whincup is keen to change that.

“We’re helping Cam out, trying to get him on the grid for the big race and also thereon,” Whincup told Speedcafe.com.

“It’s not just this year. If Cam can get a gig, who knows where for next year, we’ll certainly be working hard to help him out there as well.”

Hill recently tested at Queensland Raceway with PremiAir Racing alongside a handful of prospective co-drivers.

Harri Jones had his second hit-out with the team having earlier in the year joined them for a ride day following the championship season-opener at Sydney Motorsport Park.

Zane Goddard was among those to sample the team’s Holden ZB Commodores, although he is currently signed with Tickford Racing for this year’s Bathurst 1000.

PremiAir Racing isn’t the only team with co-driver openings.

Matt Stone Racing has two vacancies alongside Todd Hazelwood and Jack Le Brocq while Brad Jones Racing has an opening with Jack Smith.

All other seats, besides wildcard entries, have been filled.

Asked whether there was scope for Fraser or Hill to step up in an expanded main game effort in 2023, the team boss ruled growing the stable.

“The three-car model is difficult to make work,” said Whincup.