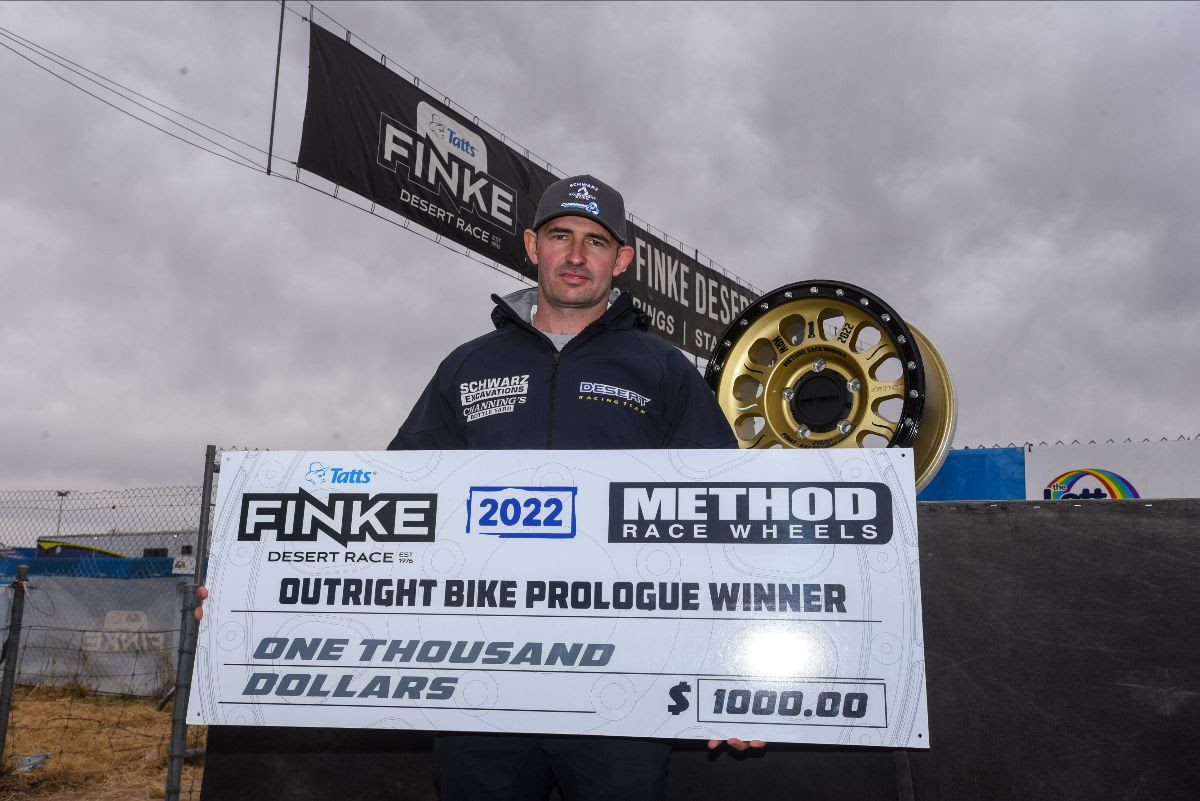 Jacob Smith will head the 487-strong bikes field on the run to Aputula tomorrow after acing prologue at the Tatts Finke Desert Race.

The 2019 runner-up set the session-best time of 4:44.4s through the 8.3km prologue track, giving him a 3.8s buffer to nearest rival Jack Simpson.

Two-time King of the Desert, David Walsh, was third ahead of Brodie Waters and Finke debutant Richard Green.

Smith was understandably pleased with his day’s work.

“That was really good, obviously the time was great and I had a pretty clean run,” said Smith.

“I probably left a few seconds there to be honest, but over the moon to be on pole… it sets me up good for tomorrow.

“It’s just nice to know that my speed is there and the bike’s good.

“Walshy [David Walsh] is the King of the Desert for a reason – to be in front of him is cool, but it all comes down to tomorrow. It’s just qualifying, really, so we’re in a good spot and just build on it from there.”

Earlier in the day, Toby Price took the prologue honours in the Cars class.