Russell calls for F1 rule changes due to ‘crazy’ porpoising

Russell calls for F1 rule changes due to ‘crazy’ porpoising 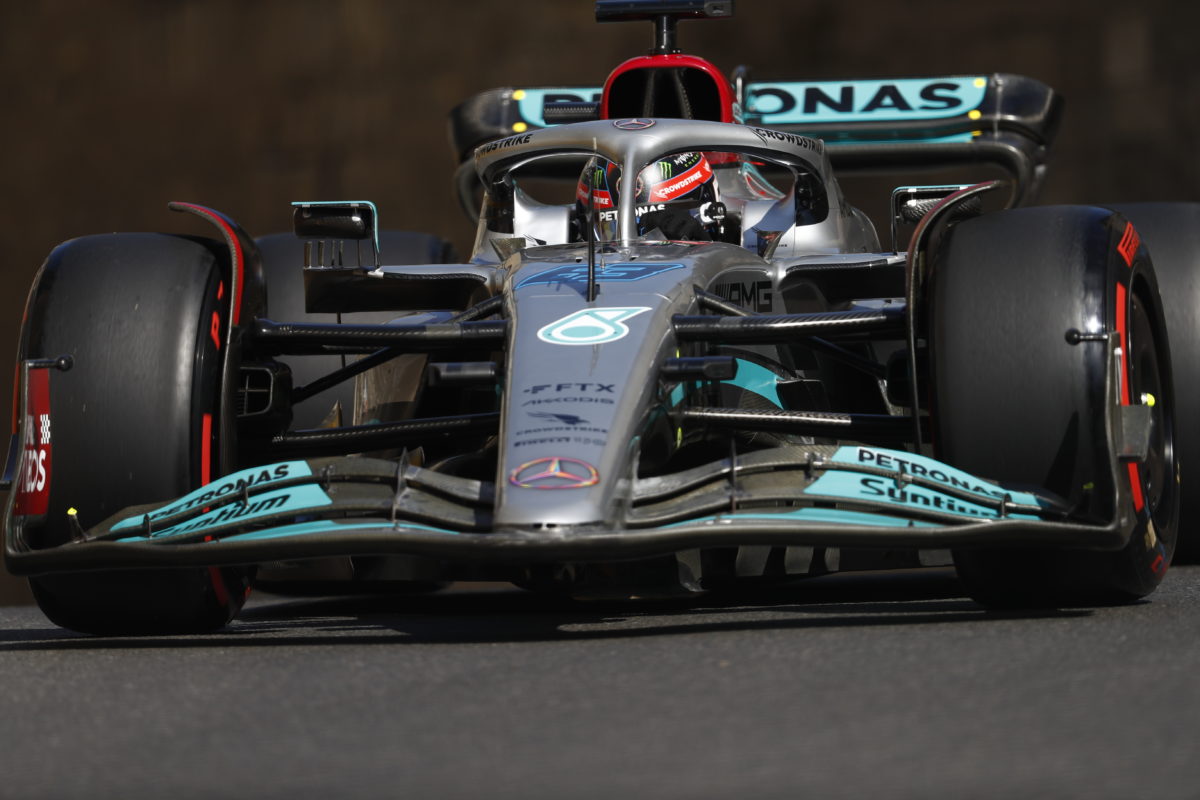 Mercedes driver George Russell has suggested Formula 1 needs to rethink the current aerodynamic rules as teams struggle to get porpoising under control.

A number of teams again experienced the phenomena on Friday at the Azerbaijan Grand Prix.

Mercedes and Ferrari appeared the most significantly impacted, with the frequency of the bouncing appearing to have increased for the former.

At one point it prompted a response from Lewis Hamilton to the pit wall that he couldn’t see the pit entry line because of the bouncing after he was warned about crossing it.

“Now the cars are running so close to the ground, it’s crazy out there through those high speed corners, the car’s fully bottoming out,” warned Russell after Friday’s running.

“It’s really not comfortable to drive.

“I don’t know what the future holds for this sort of era of cars, but I can’t see us being able to… I don’t think it’s right to be able to run like this for the next four years or whatever we’ve got.

“I guess all of those conversations are going to be needed as everybody is in the same boat.”

Russell was again the faster of the two Mercedes drivers, though Hamilton suggested the deficit was due to the team was experimenting on his car.

“We tried something experimental in my car, and didn’t feel that great to be honest, but at least we tried it and got data on it,” he said.

“And now we’ll go through it and hopefully for tomorrow we’ll probably revert back to what we changed.”

Mercedes brought with it a small update package to Azerbaijan, with a circuit specific front wing along with changes to the sidepod inlets and rear wing.

It follows a larger suite of updates that were introduced at the Spanish Grand Prix a month ago, which Russell claims have afforded the team greater options than it had earlier in the season.

“From Barcelona, it was effectively a completely new car for us,” the Brit explained before on-track action in Baku commenced.

“So we have basically done two races this season with this iteration of car, one of which was Monaco where we took little or no learning from because it’s such a unique track.

“We think we can now start to build from this sort of foundation.

“It kind of changed our whole philosophy a little bit, and where our strengths of our car were and the weaknesses were,” he added.

“Obviously Monaco is a very unique race weekend altogether, so I think this will be slightly more in line with the performance we saw in Barcelona.

“I don’t think it’s necessarily much faster at the moment, but it’s given us a direction where we think we can get a lot more out of it,” he added on how much quicker the W13 is now versus when it ran at the season opening in Bahrain.

“Whereas the car we had in Bahrain, that was sort of its maximum potential and we couldn’t really improve it from there.

“You know, sometimes, you’ve got to take a small step back to take three steps forward, and I think we’re in that transitional process at the moment.

“I think it’ll be a few more races before we start to see us hopefully fighting with the Ferrari and Red Bull.”

Russell ended Free Practice 2 in Azerbaijan seventh fastest with a 1:44.548s, over a second off the pace of Charles Leclerc, while Hamilton was 0.3s slower still and 12th best.

Free Practice 3 follows at 21:00 AEST on Saturday before Qualifying for Sunday’s race at midnight.