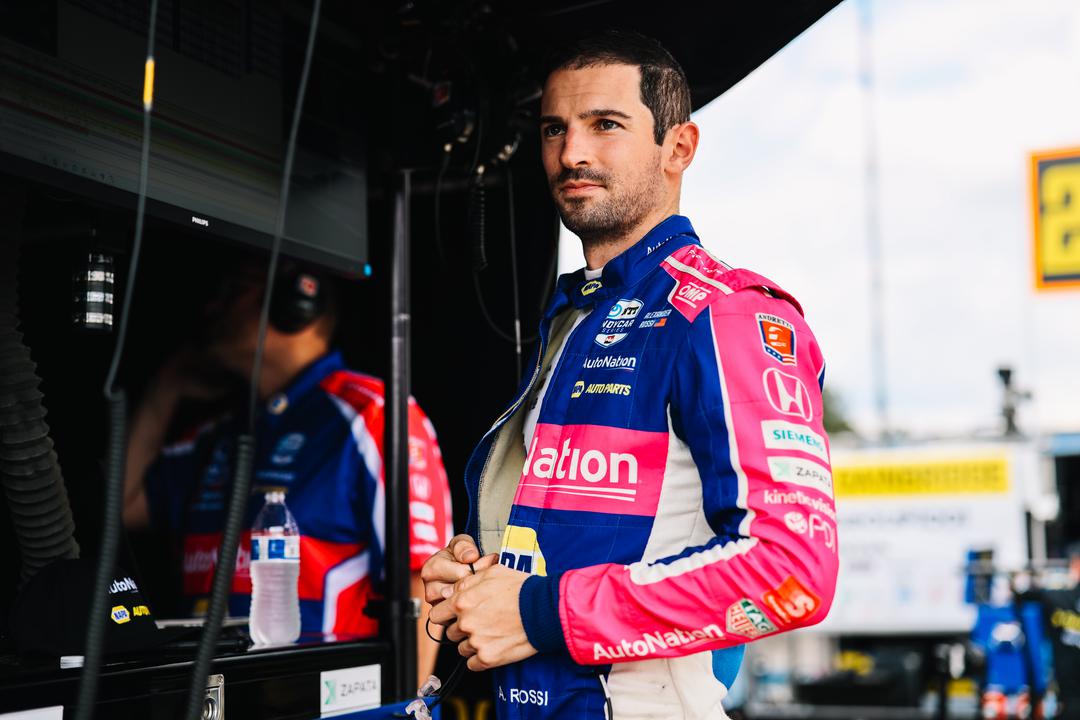 Team Penske’s Will Power was first of the Chevrolet contingent in fourth, with Alex Palou (Ganassi) fifth, from Scott McLaughlin (Penske) and Scott Dixon (Ganassi).

The very fastest times of the longer than usual, 75-minute session were set on the alternate tyres, given each driver is now compelled to hand back one set of the reds, but Rossi was fastest on blacks also.

Due to the length of first practice, it was a quiet opening before Devlin DeFrancesco (Andretti Steinbrenner Autosport) set a remotely representative lap time, a 1:49.3642s, which he backed up with a 1:47.9578s next time through.

Beyond the 20-minute mark, Callum Ilott (Juncos Hollinger Racing) set back-to-back 1:47.7437s and 1:47.6760s laps on his return to competition after a hand injury forced him out of the Detroit event, then Romain Grosjean (Andretti) clocked a 1:46.9302s as the heavy-hitters started to roll out.

In Simona De Silvestro’s first event of the season, Paretta Autosport had to attend to a not especially unusual brake fire on the left rear of the #16 Chevrolet, while Rossi (Andretti) shifted the benchmark to a 1:46.6714s just past half an hour in.

Shortly after, Helio Castroneves (Meyer Shank Racing) triggered a red flag when he arrived too hot at Canada Corner (Turn 12), spun, and came to rest on the grass in the 56th minute.

At that point, it was Rossi, Herta (Andretti w/ Curb-Agajanian), Ericsson, Grosjean, and Power on a 1:46.9630s filling the top five, four of whom had only run blacks.

The green flag came after a halt of around five minutes, leading to a flurry of faster laps due to a broad switch to red tyres.

McLaughlin had an innocuous, final-corner off earlier in the session before setting a 1:45.9316s which was good enough for sixth, ahead of Dixon on a 1:46.0494s.

Practice 2 starts on Sunday at 00:45 AEST, ahead of Qualifying from 03:45 AEST, with both of those sessions live and ad-free on Stan Sport.