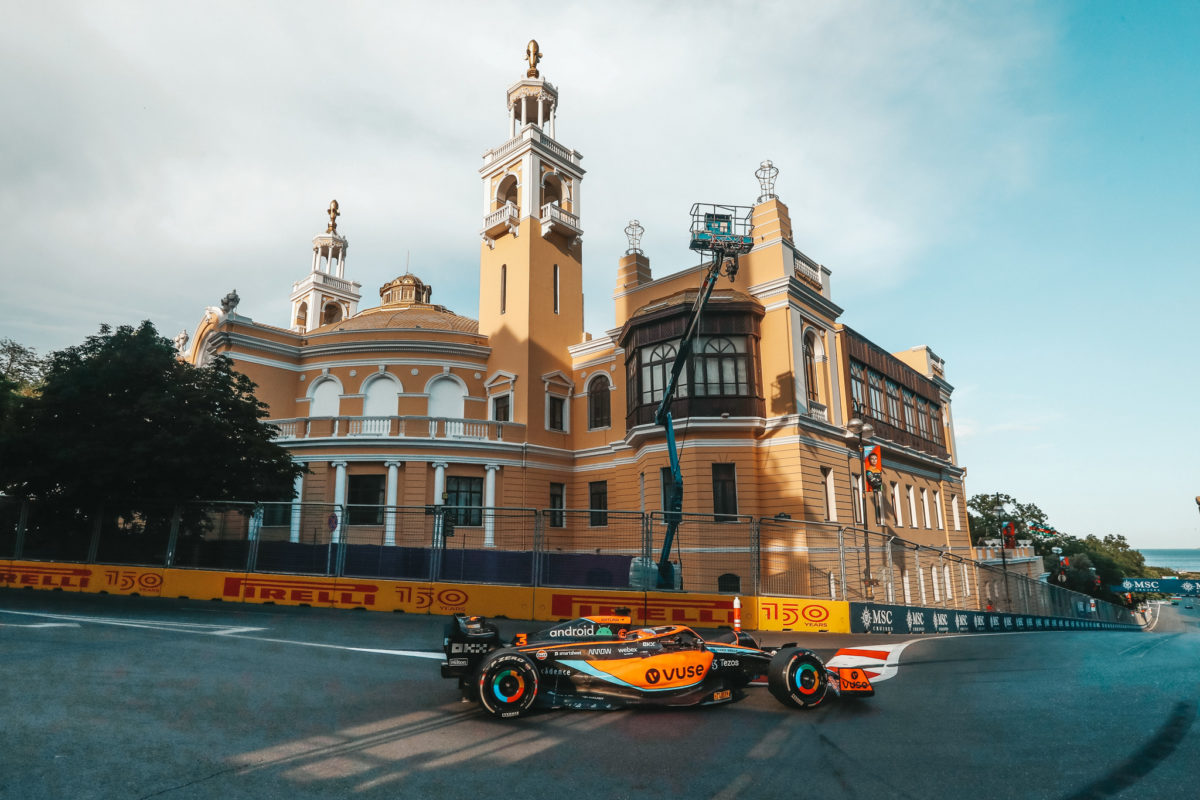 Daniel Ricciardo was left pleased after making progress on Friday afternoon at the Azerbaijan ended after struggling for pace in Free Practice 1.

The Australian was only 18th fastest in the opening hour after trialling a number of different parts and set-up options on his car.

“We tried a few other things this morning, which weren’t particularly happy with, or comfortable with in the end,” Ricciardo said.

“So we put on the other stuff, made some changes FP2 and it was better.

“It’d say in the pack for now. I think relatively or competitively we’re still a bit off, we’re kind of just handing on to it – I think Lando [Norris] is 10th, so we’re not quite in the depth of it.

“But I think [the car was] a lot more comfortable this afternoon and [it’s] quite clear the places to improve and whatever.”

It’s understood McLaren used the opening session to evaluate a number of parts, including alternate floors across its two cars.

The team has new front and rear wings for this weekend’s event, along with a revised engine cover, all of which are circuit specific to reduce drag down the long front straight.

Complicating those tests was a stiff breeze hitting the Baku City Circuit throughout Free Practice 1, leaving Ricciardo to joke it left him unable to drive straight.

“Anyone watching figured these guys are pros, why can’t they drive straight,” he jested.

“It was getting thrown around a lot.”

Conditions stabilised somewhat for Free Practice 2, with the 32-year-old looking to fine tune his car in the final hour of practice on Saturday.

“This morning we kind of realised we had to do some some bigger stuff, call it, but much more comfortable and then just building up to it again this afternoon.

“One lap it’s good, one lap it’s not, depending on the gusts and that.

“This track’s already challenging so probably don’t need 50 km/h gusts and all that to throw it in there as well.”

Ricciardo ended the day 14th, his 1:45.059s leaving him ensconced in the midfield battle that runs, arguably, from Pierre Gasly in sixth to Kevin Magnussen in 17th – the ground covered by 1.2 seconds.

“I hear half a second would have put us P7,” he noted.

“I think half a second on a long lap around here is not impossible, and I think there’s definitely some things through my lap I’m like yep, yep, yep.

“So yeah, it’s on the cards, but too early to say. Hopefully we can be there.”

Free Practice 3 follows at 21:00 AEST on Saturday before Qualifying at midnight.